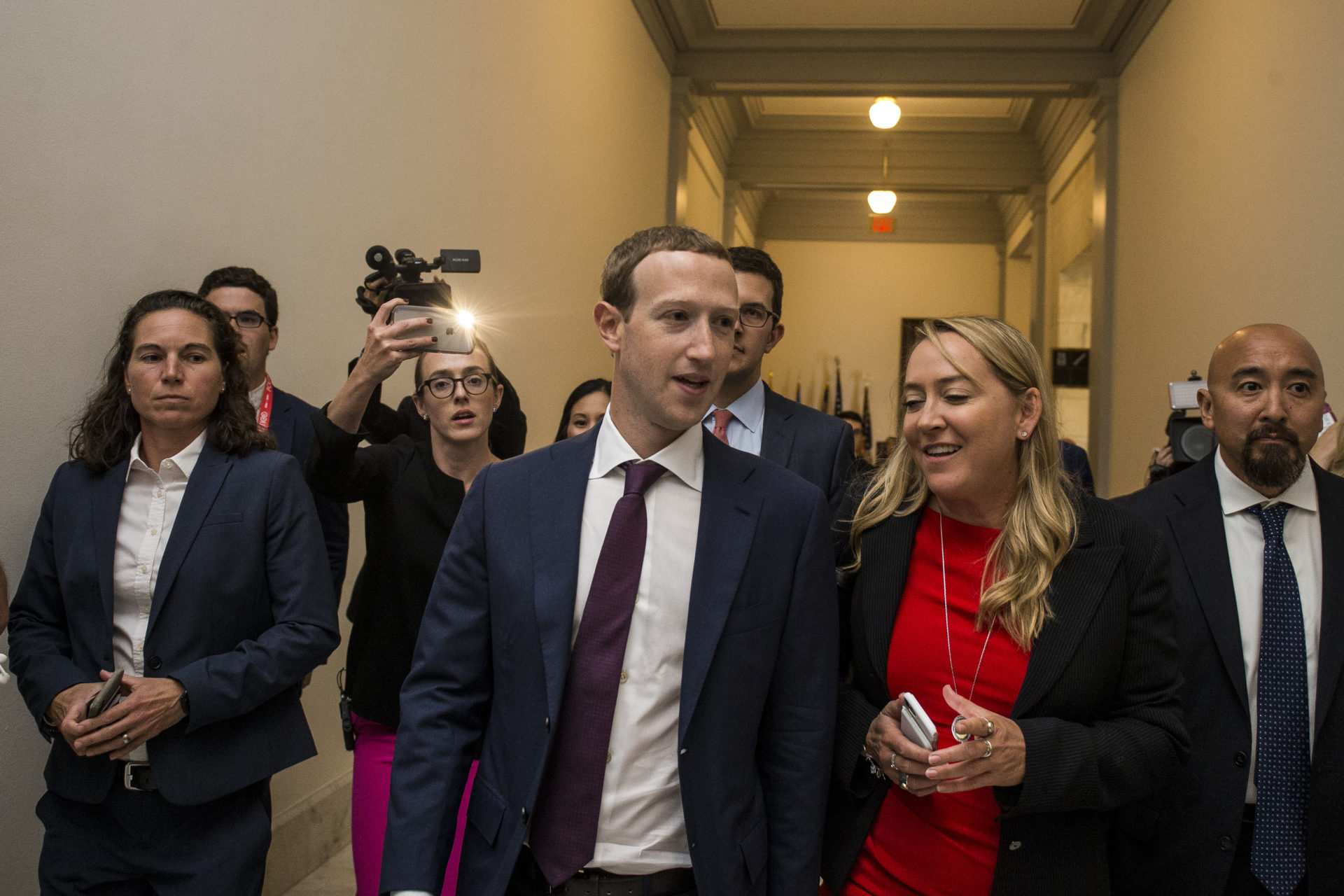 Sen. Josh Hawley (R-Mo.) told reporters Thursday that during his first meeting with Facebook Inc. Chief Executive Mark Zuckerberg, Hawley proposed a solution to the social media company’s regulatory woes: selling off Instagram and WhatsApp, which he said would prove that Facebook is not afraid of competition and doesn’t “have to buy companies to innovate.”

Zuckerberg declined to take questions in the hallways of the Russell Senate Office Building following the meeting, but the senator said the executive was “not receptive to those suggestions.”

“If Facebook is serious about this privacy pivot, they will sell WhatsApp and they will sell Instagram, and they will abandon the attempt to harvest data across all of these platforms and use them so that they can make more money by directing more behavioral ads,” said Hawley, who sits on the Senate Judiciary Committee’s antitrust panel.

Hawley added that the pair discussed the issues of political bias on those platforms, consumer data privacy and China during their meeting, which lasted a little over an hour.

The freshman senator from Missouri has made a name for himself as a critic of big technology companies and has focused much of his tenure so far on introducing several bills targeting the tech industry — including his “Ending Support for Internet Censorship Act” (S. 1914), introduced in June, that would remove liability protections afforded to online platforms through Section 230 of the Communications Decency Act of 1996 if they fail to provide “politically unbiased content moderation” or submit to a third-party audit to prove it.

Zuckerberg had met with a handful of lawmakers earlier in the day on his first visit to Washington since he testified in two congressional hearings last year. Right before his meeting with Hawley, Zuckerberg discussed conservative bias, government regulation of digital platforms, antitrust enforcement and Section 230 liabilities with the Senate Judiciary antitrust subcommittee chairman, Republican Sen. Mike Lee of Utah, a Lee spokesperson said. Zuckerberg also declined to take questions from reporters about the meeting while walking from Lee to Hawley’s offices on Thursday afternoon.

Senate Intelligence Committee Vice Chair Mark Warner (D-Va.) also organized a dinner with six senators and Zuckerberg Wednesday night, where they discussed data privacy and election interference, among other topics, according to a Warner spokeswoman.

Related: In Washington, Cracking Down on Big Tech Is Popular. In the Rest of U.S., Not So Much
Big Tech Metaverse Social Media