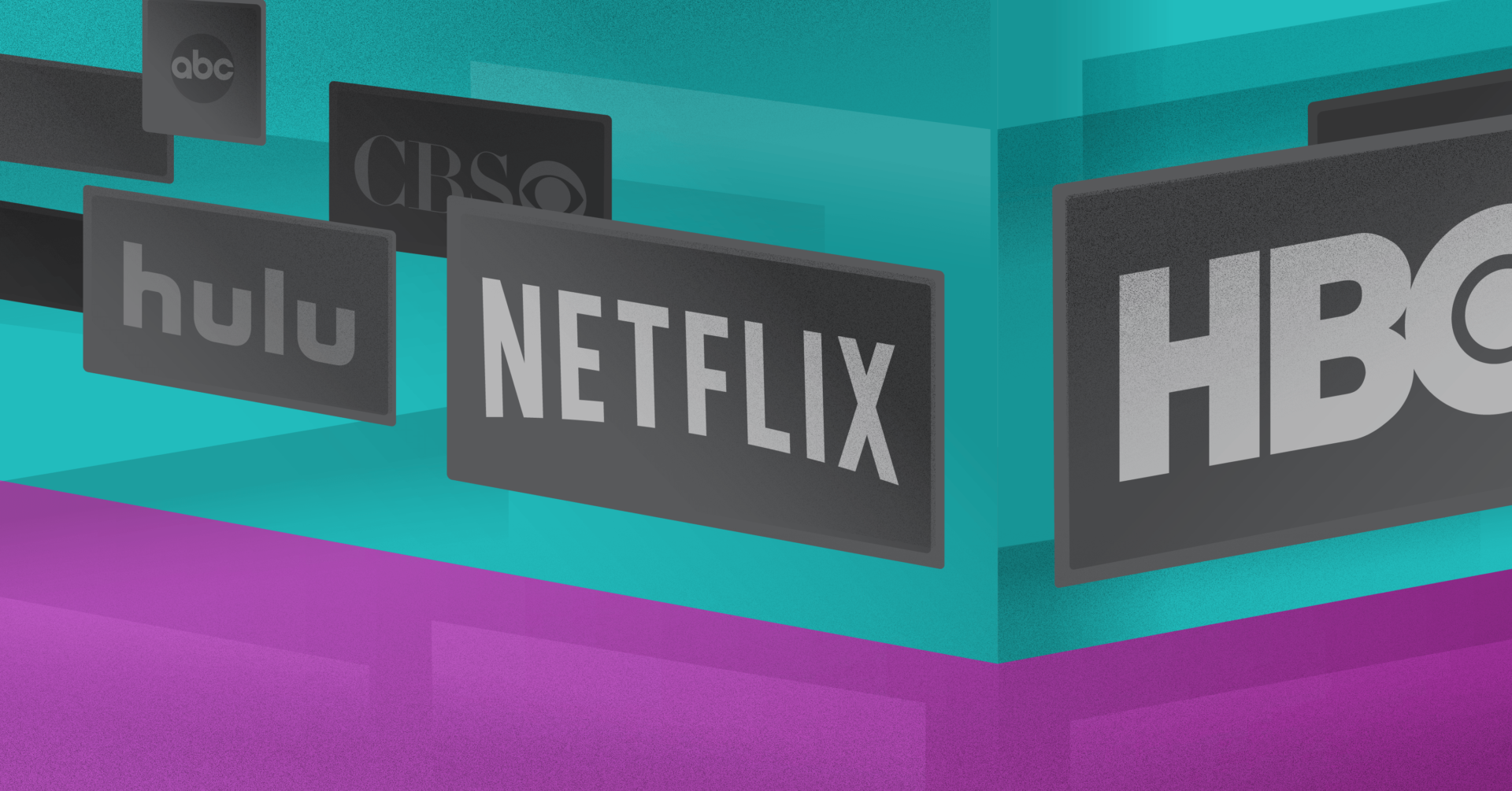 It seems that every day brings news of a new streaming service, the premiere of an exclusive show or the acquisition of a mega-hit series from the past. And as the television space becomes more fragmented, brand recognition will only become more important for content providers as they compete for viewers’ attention.

To measure each platform’s brand awareness among consumers, Morning Consult asked 1,193 to 1,198 respondents if they could name a show that aired on a given television network or streaming service. Out of the 16 platforms listed in the survey, which included all the broadcast networks, as well as select cable channels and streaming services, Netflix was the winner, with 43 percent of respondents correctly naming an original program. HBO was a close second, with 38 percent of people being able to name an original show.

But these numbers tell two different narratives. For Netflix, the fact that people were able to name nearly 80 original shows supports the company’s decision to spend massive sums building its library of originals. Even as it loses “Friends” at the end of this year and “The Office” at the end of next year, the strong awareness of its original programming suggests that Netflix is not likely to see a subscriber exodus.

“There is enough stuff there and the price point is reasonable enough that you hold on to Netflix, whether or not you actually watch the shows that they’re promoting,” said Paul Hardart, director of the entertainment, media and technology program at NYU’s Stern School of Business. In his mind, the loss of licensed content such as “Friends” and “The Office” is “not that consequential,” he said.

For HBO, however, the data paints a different picture. Among those who could name an HBO show, over half (54 percent) named the recently concluded “Game of Thrones” as an HBO original, illustrating how closely people associate the show with the network. Beth Egan, an associate professor of advertising at the S.I. Newhouse School of Public Communications at Syracuse University, said the show “very much personifies the HBO brand.”

Even though just over half of the 39 HBO shows people were able to name are still airing on the premium cable channel, viewers’ association with “Game of Thrones” means that HBO will need to find its next major hit soon. Fortunately, experts say that such a move is within the network’s means, especially as HBO increases its original programming by 50 percent this year, as reported by Bloomberg.

“HBO has a great reputation among talent,” Hardart said. “They also have really good taste. So fostering new shows that will be tomorrow’s ‘Thrones’ is very within their skill set.”

Egan said that both HBO and Netflix are “well-defined brands, in terms of the type of content that they have.”

“They’re awesome, well-recognized as quality content, and content that pushes the envelope,” she said, “which helps solidify the affinity that people have for those brands.”

All of the platforms listed in the survey either declined to comment or did not respond to requests for comment.

Licensed content, on which Netflix and the like have reportedly spent hundreds of millions of dollars, is also a draw to consumers. Robert Thompson, director of Bleier Center for Television & Popular Culture at Syracuse University, said “Netflix hijacks the branding” of its licensed content, illustrating its importance.

But original content will be king moving forward, with Thompson saying that there are two ways to establish dominance in the field.

“Either get monster hits that people cannot live without — ‘Game of Thrones’ would be that formula,” Thompson said. “Or, you get enormous quantity so that there’s a whole bunch of shows that in aggregate, everybody can’t live without.”

And as more television content is created, the more likely it is that the shows themselves will become the network brand, as seen with “Game of Thrones.” Walt Disney Co.’s streaming service, which plans to build content around known franchises such as Marvel and “Star Wars,” could make brand recognition an even bigger issue. 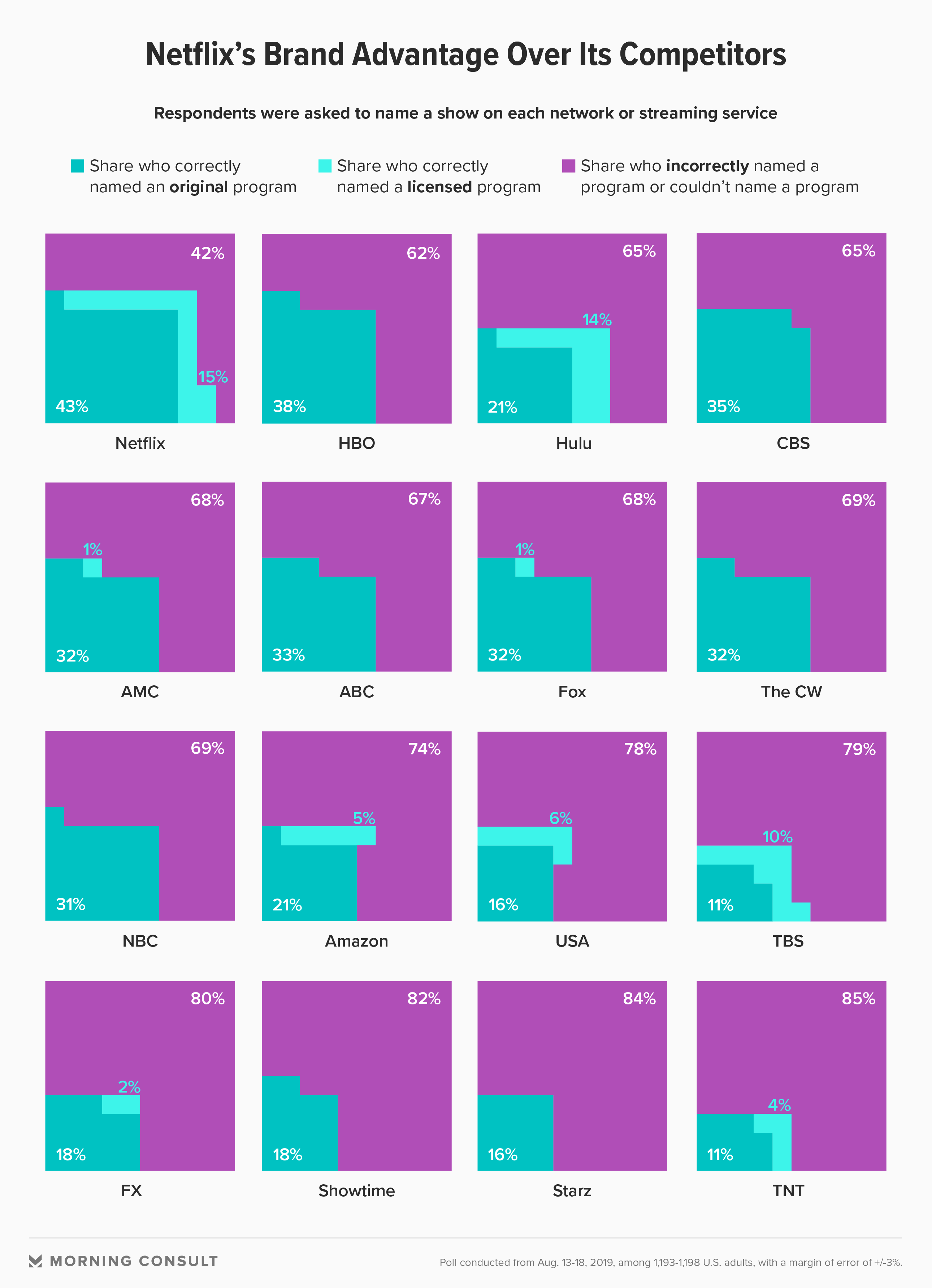 Hardart said this may be a competitive strategy to lure subscribers. As companies pursue recognizable intellectual property — citing Amazon Prime Video’s work developing a “Lord of the Rings” television series as an example — the networks and streaming services are “finding things that are brands themselves that will bring their people in to get the service,” he said.

Moving forward, television distributors, especially subscription services, need to have a recognizable brand that consumers will latch onto and remain faithful to, since many of these services require a financial commitment.

“Brand identification is going to be much clearer than it ever was during the network era,” Thompson said, because people will be aware of the shows they are paying to watch on particular services.

Related: ‘Game of Thrones’ Favored to Take Home Top Prize at the Emmys

Services will need to make sure that their offerings are clear to consumers to entice them to spend their money on subscriptions, which could mean more marketing campaigns touting exclusive originals.

“We’ll see a ramp up in marketing dollars as these streaming services grow,” said Brad Adgate, a media consultant with BIA Advisory Services, a market research firm that specializes in broadcast media. It could be possible that Netflix and other streaming services will focus marketing campaigns on their exclusive, original content, letting consumers know that they can only access particular shows on certain streaming services.

Looking ahead to a crowded streaming marketplace, experts are in agreement that building a recognizable brand is going to be even more important — but other factors will also come into play.

A streaming service “has to be a reasonable price, it has to have a good, intuitive interface and it has to have really good IP and content,” Hardart said.

This content arms race will benefit audiences and creators in some ways, by pushing the boundaries of the traditional structure of a network television show, which Hardart added will allow showrunners to have more freedom in storytelling.

And the need for content to fill these nascent streaming services could also promote diversity, enabling creators and showrunners who “would have never got the chance otherwise” to find a home for their project, Thompson said. But that diversity will come at a price.

“You’ve got this great diversity of voices on TV, but we’re going to have less diversity of people who can actually afford to watch,” Thompson said. “If you want to watch all the things that are nominated in the Emmys this coming year, you need several subscriptions.”

Clarification: The graphic on Netflix’s brand advantage was changed to place Showtime before Starz.