The agency is ‘vigorously’ recruiting to bring total headcount to 150 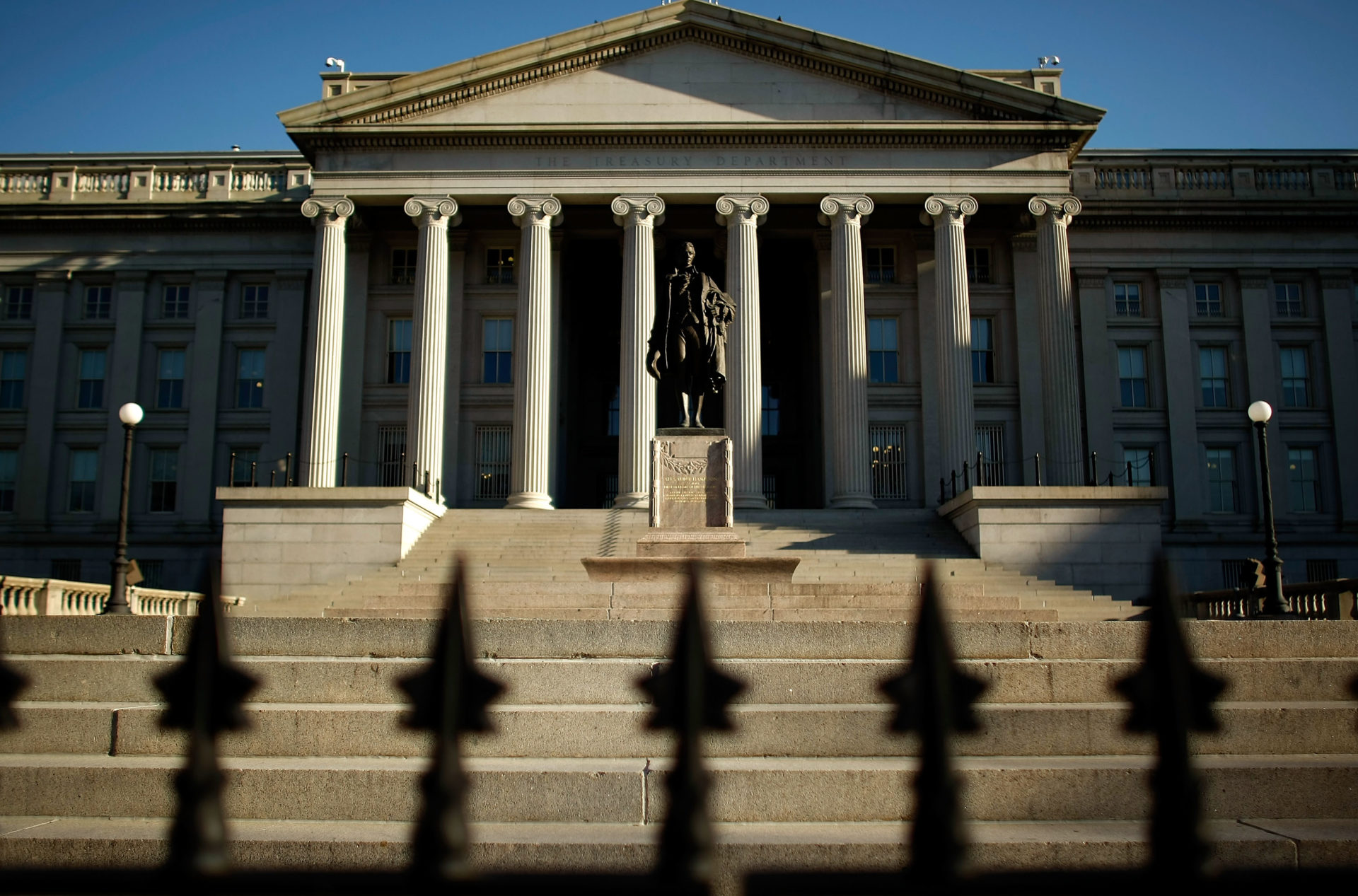 A view of the U.S. Treasury Department building on March 23, 2009 in Washington, D.C. Office of Financial Research Director Dino Falaschetti said he plans to "re-evaluate what resources we need" with the Treasury secretary at the end of the year. (Chip Somodevilla/Getty Images)
By Claire Williams

An agency designed to warn policymakers of risks to the U.S. economy is, once again, hiring.

The Office of Financial Research — beset by budget cuts and staff reductions under the Trump administration — is now looking to expand to about 150 employees, Director Dino Falaschetti said Wednesday during a House Financial Services subcommittee hearing on financial stability. Staff is now “in the neighborhood of 100 employees,” down from a peak of nearly 220 in 2017, he said.

The hiring push comes at a crucial time for the agency, which has published just two working papers in 2019. Lawmakers created the OFR under the Dodd-Frank Act, tasking a group of economists with pulling together data and researching financial risk with the goal of avoiding the kind of recession seen after the 2008 financial crisis.

“I’m really concerned about OFR having the ability to have the personnel to do the job you were charged to do,” Rep. Gregory Meeks (D-N.Y.), chairman of the House Financial Services Subcommittee on Consumer Protection and Financial Institutions, said during the hearing.

Related: The Next Recession Looms Largest for the Youngest Americans

Falaschetti is the former chief economist for the House Financial Services Committee under former Chairman Jeb Hensarling (R-Texas), who had advocated for the office to be shuttered during his tenure.

But on Wednesday, Falaschetti told committee members he would lobby the Treasury Department for more funds. Falaschetti was confirmed to the OFR post on June 27, after the agency lost more than half of its headcount from its peak levels due to layoffs and a budget that fell to $75.9 million for fiscal year 2018 from 92.9 million in fiscal year 2017.

“I promise that we will ask for the resources we need going forward,” Falaschetti told the subcommittee.

This is the first time the agency, which was created in 2010, has operated with a full-time director since Obama administration appointee Richard Berner left at the end of 2017, a year before his six-year term was up. As the relatively new agency looks to its future, Falaschetti’s positioning could have far-reaching consequences for the OFR as it looks to solidify its place within the Treasury Department.

“At the end of the year, the director consults with the Treasury secretary to re-evaluate what resources we need, how the office is working,” Falaschetti said. “I’m very serious about the good work that our people do in that building. I don’t want to see 2008 again.”

This story has been updated to add information about previous OFR budgets.

Related: Roughly Half of Trump Voters Would at Least Partially Blame Him for a Recession
Financial Regulation Policy U.S. Economy