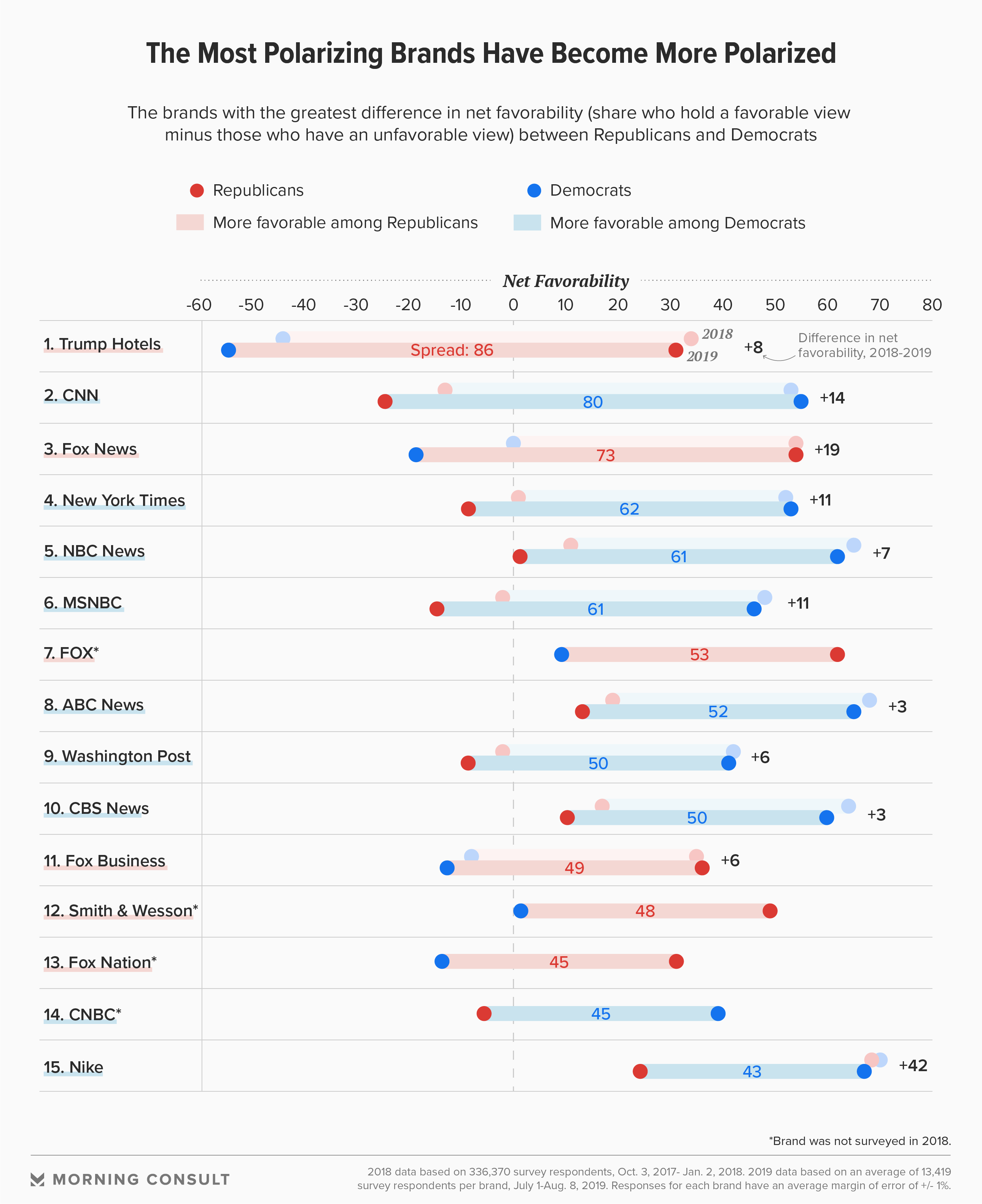 Related: Media Credibility Perceptions Are Down, Due to Republicans
News Media Partisanship