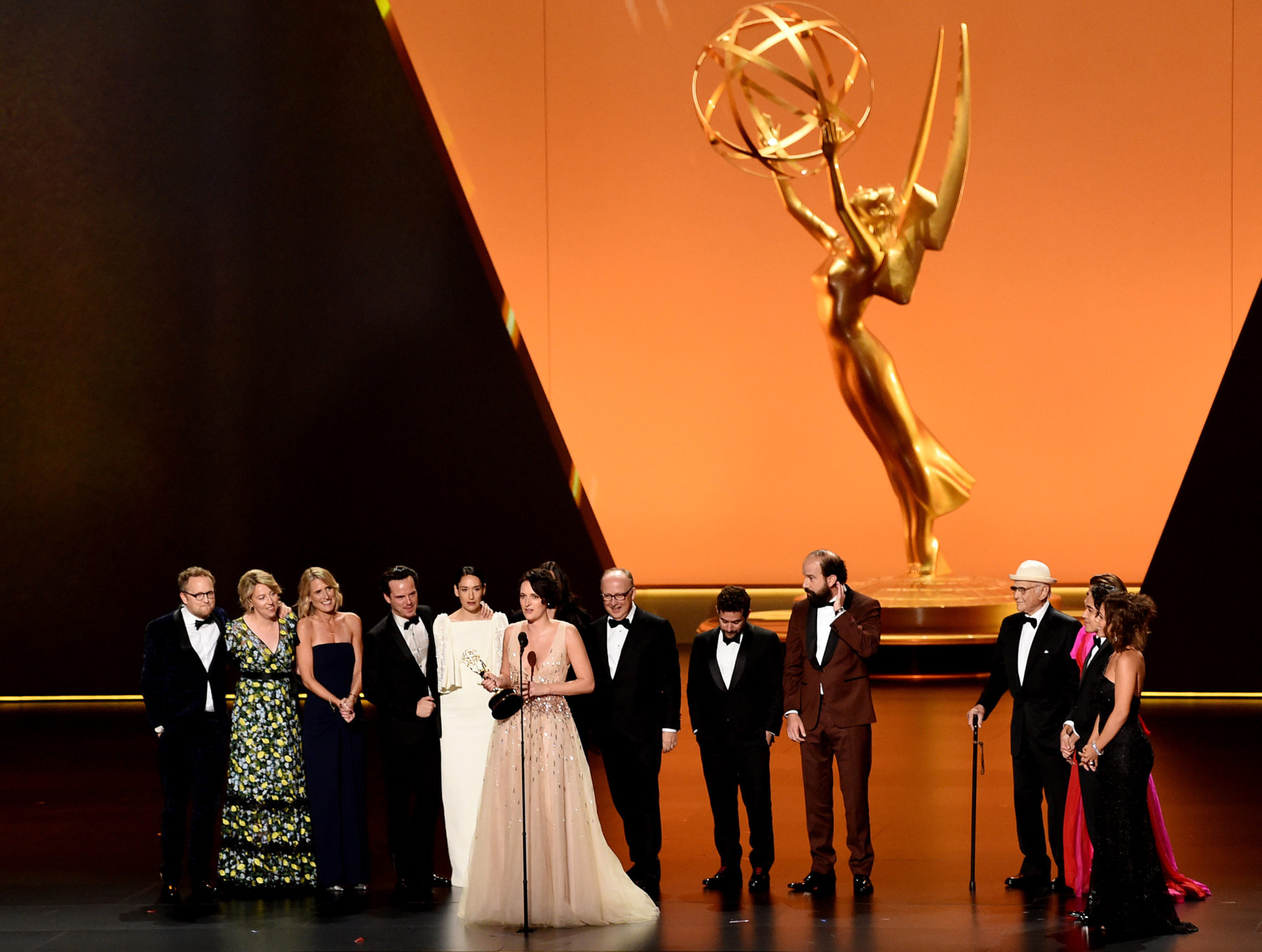 HBO won big at this year’s Emmy Awards, taking home a combined 34 Creative Arts and Primetime Emmy trophies. And while those trophies may have helped boost its renown among consumers, most networks and streaming services saw an increase in brand recognition following the awards ceremony and broadcast premiere week.

Amazon Prime Video, which took home a total of 15 trophies, saw a 4-point increase in brand recognition, with 25 percent of consumers able to name a Prime Video original after the Emmys compared to the 21 percent that were able to name an original show before the awards show.

Like last year, broadcast networks’ haul was dwarfed by the number won by streaming services, with ABC, NBC, CBS and Fox collecting 16 Emmys among them this year. But the survey, which coincided with the broadcast TV’s premiere week,  showed that networks also saw a rise in brand recognition. For example, the share who could name a CBS original grew 7 points, from 35 percent to 42 percent, between polls.

For ABC, which brought home just one trophy this year for “Live in Front of a Studio Audience: Norman Lear’s All in the Family and The Jeffersons,” brand recognition for original series increased 6 points, from 33 percent to 39 percent. 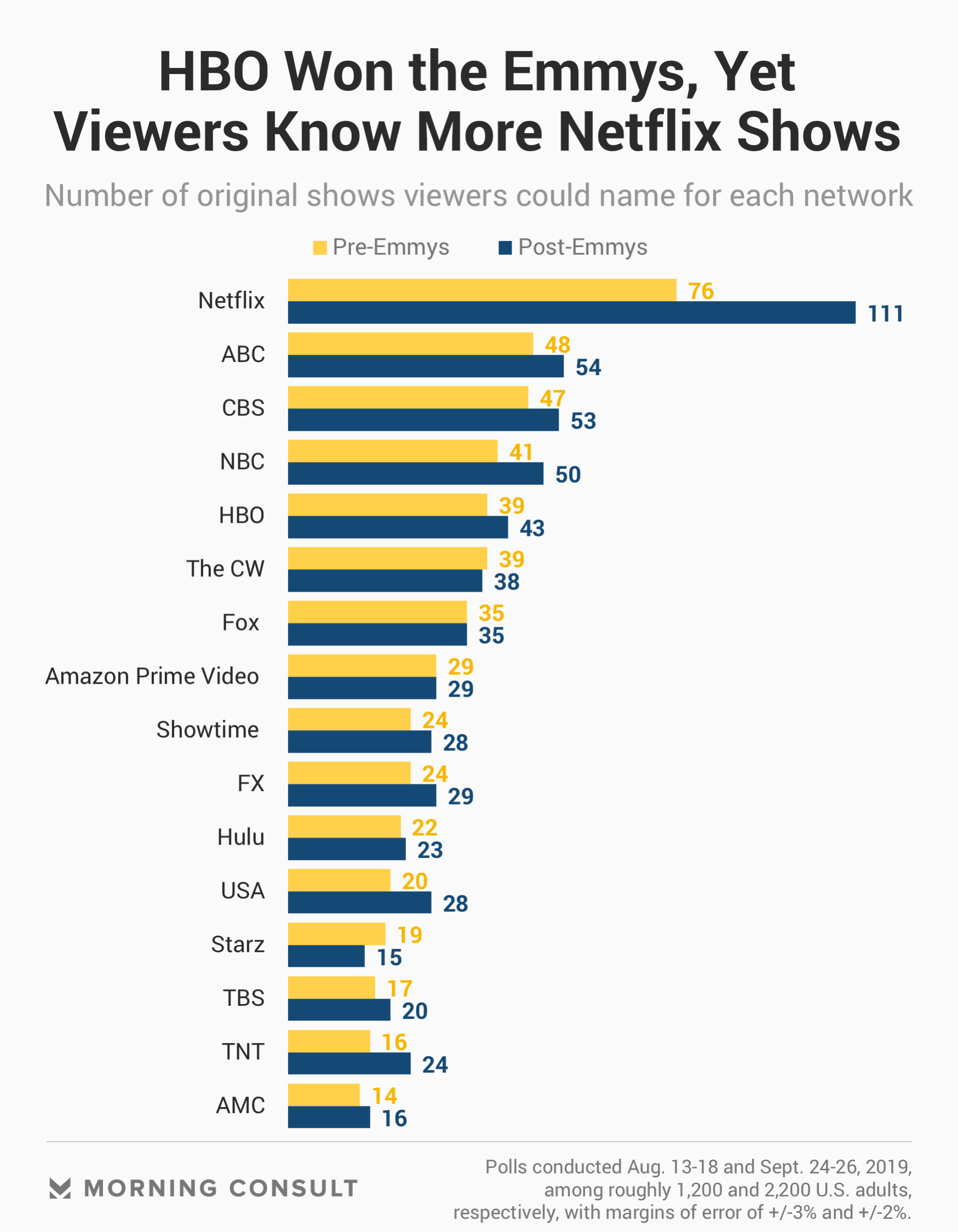 But not every content provider saw a jump in brand recognition. Though Netflix Inc. won 27 trophies, including Jharrel Jerome’s win for outstanding lead actor in a limited series or movie for “When They See Us,” the share who could identify original content remained roughly the same, dropping from 43 percent to 41 percent.

Despite the slight change in brand recognition, the number of different Netflix originals that people were able to identify increased dramatically, rising from 76 shows pre-Emmys to 111 programs in the most recent poll.

And while HBO’s “Game of Thrones” took home the prize for Outstanding Drama Series, its association with the network didn’t increase, with 54 percent of those who could identify an HBO original naming the drama in both polls.

Amazon Prime’s “Fleabag,” which won four awards at the Primetime Emmys — including for outstanding comedy series and outstanding lead actress in a comedy series for star and showrunner Phoebe Waller-Bridge — saw the share who could name it as a Prime Video original rise from 3 percent pre-Emmys to 5 percent after the ceremony, which, given the margin of error, meant that the share was essentially unchanged.

This year’s Primetime Emmys telecast saw a record low of 6.9 million viewers, down 32 percent from the year before.