Most People Plan to Watch Impeachment Coverage. Nearly Half of Republicans Don’t 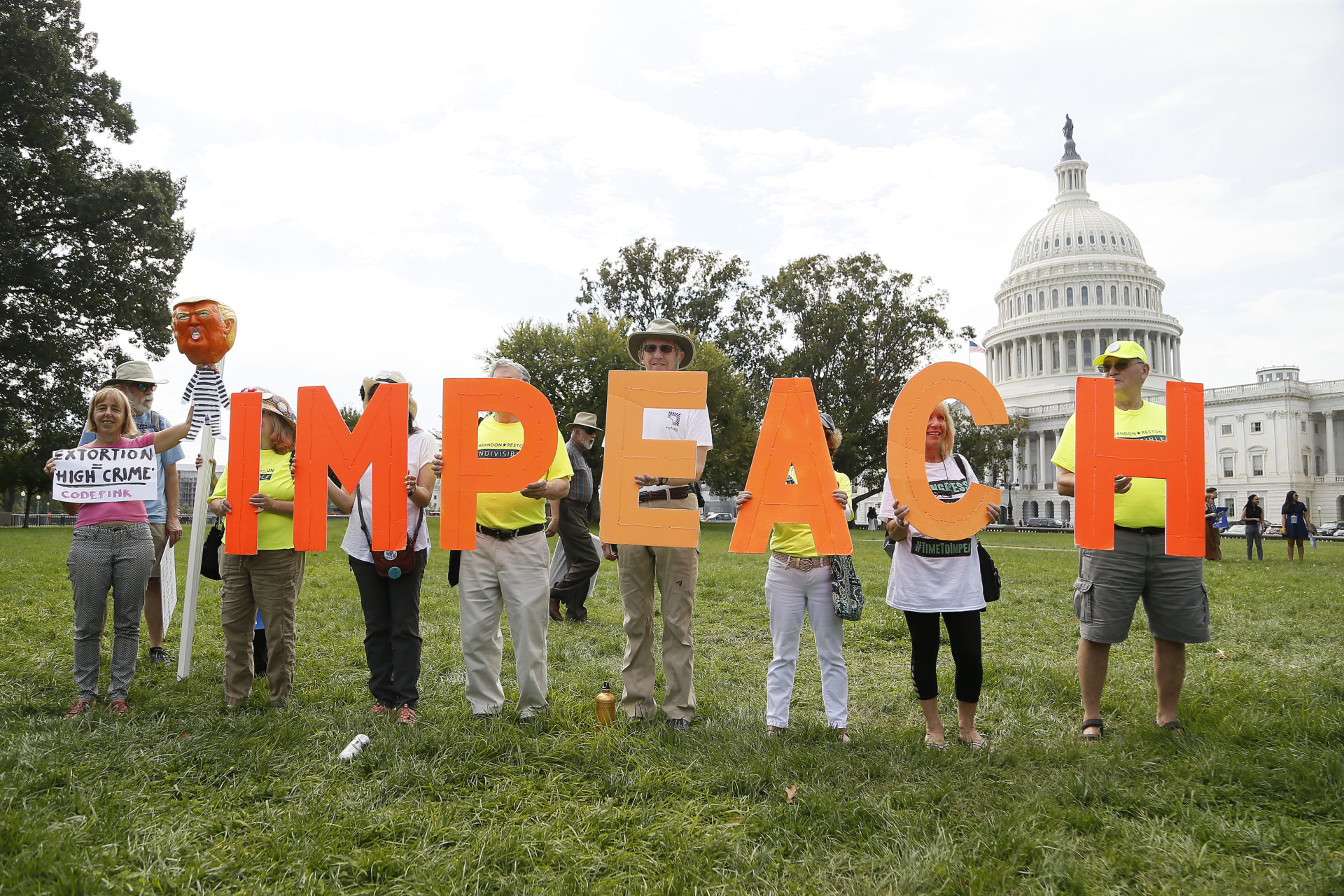 Members of Congress and activists support an immediate inquiry towards articles of impeachment against U.S. President Donald Trump at the “Impeachment Now!” rally on the grounds of the U.S. Capitol on Sept. 26, 2019. 53% of the public plans to watch at least some impeachment coverage. (Photo by Paul Morigi/Getty Images for MoveOn Political Action)
By Sarah Shevenock

On Sept. 24, Speaker Nancy Pelosi (D-Calif.) announced that the House of Representatives was moving forward with a formal impeachment inquiry into President Donald Trump. As television networks prepare to cover impeachment proceedings, new polling finds that while much of the public — especially Democrats and those with an interest in politics and public affairs — is eager to tune in, the lion’s share of Republicans would rather sit this one out.

An Oct. 3-5 Morning Consult/The Hollywood Reporter survey found that a majority of the 2,200 adults surveyed — 53 percent — plan to watch some or all of the impeachment proceedings. Seventy percent of Democrats said they plan to check out at least some of the coverage, while nearly half of Republicans (49 percent) said they did not plan to watch the impeachment proceedings at all. 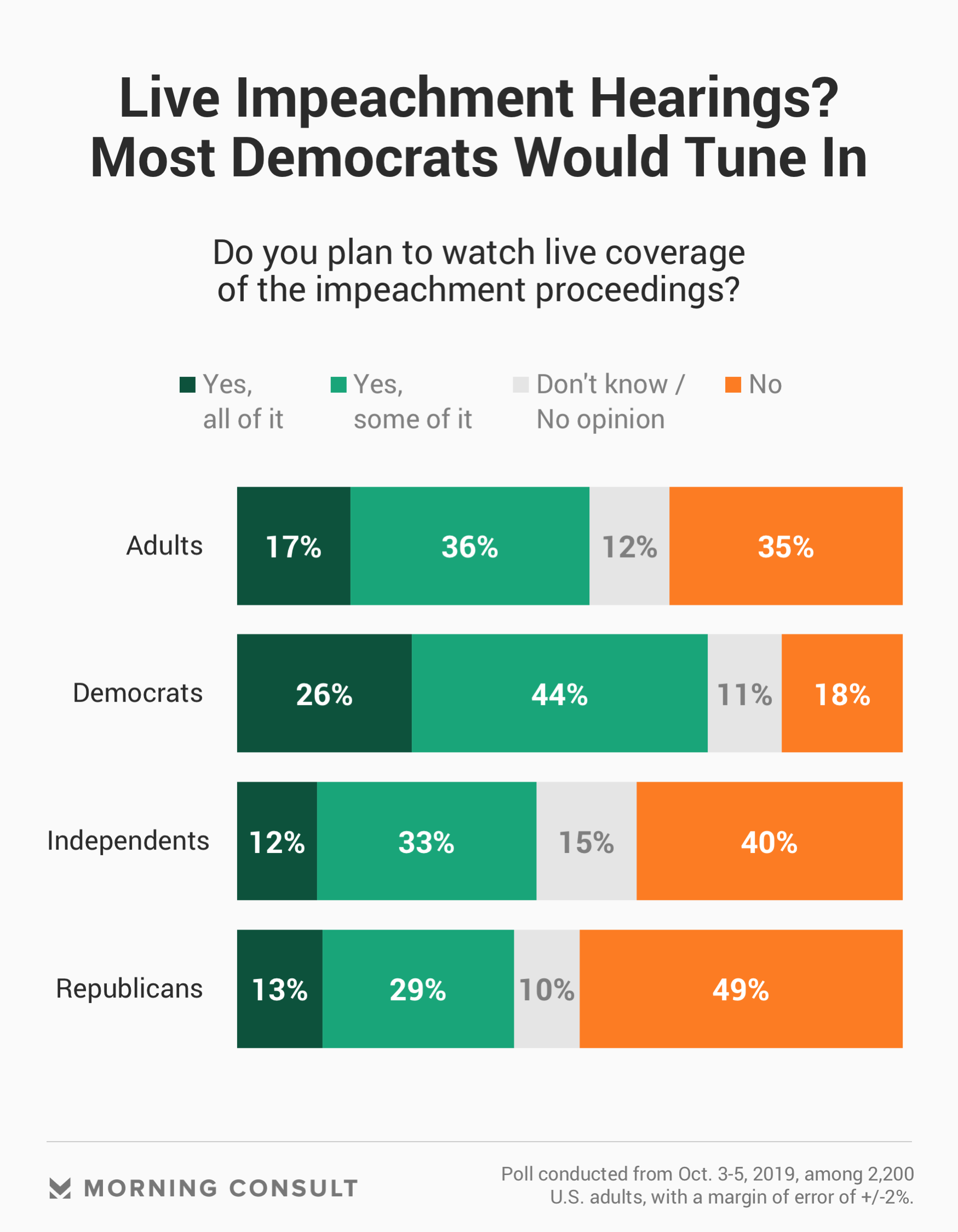 Seventy-three percent of the 424 adults who described themselves as extremely interested in politics and public affairs said they planned to watch some or all of the proceedings. The margin of error for that sample is 5 points.

But even as politics continue to lead the news cycle and provide material for late-night comics, audiences aren’t necessarily being entertained: Nearly three-quarters (72 percent) of all adults said they generally feel more concerned about politics these days, while 13 percent said they are generally more entertained.

Forty percent of adults, including 47 percent of Democrats and 42 percent of Republicans, said they’re reading more political news than they did five years ago.