Former VP leads the president in a hypothetical matchup by 5 points, down from 11-point advantage in June

Joe Biden’s pitch for the Democratic presidential nomination has rested in no small part on the idea that he’s the most electable candidate — that he’ll beat President Donald Trump “like a drum” if given the chance. But polling shows that argument is weakening.

The former vice president leads Trump by 5 percentage points, 41 percent to 36 percent, among 1,997 registered voters in a new Morning Consult/Politico poll testing the hypothetical Election Day matchup — roughly half the 11-point advantage he enjoyed in a June survey conducted ahead of the Democratic Party’s first debates. Both surveys have a 2-point margin of error. 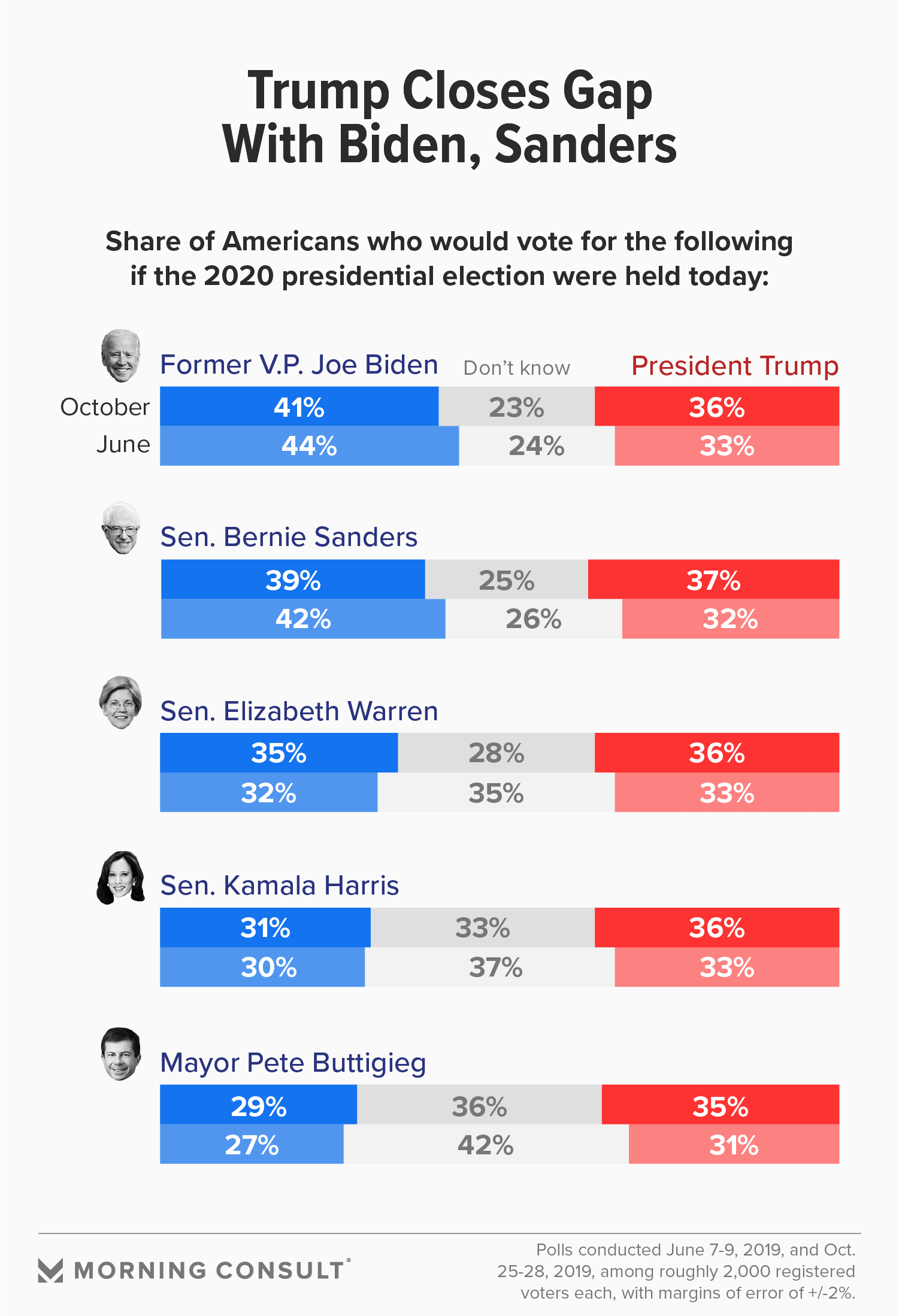 While Trump cut into Biden’s edge with several demographic groups between the two surveys, some of the president’s biggest gains came among women and the youngest voters, two groups that are typically seen as some of his weakest voting blocs. Trump trails Biden by 11 points among women in the latest poll, conducted Oct. 25-28, compared with a 20-point gap in June.

And while he still lags 14 points behind Biden among voters ages 18 to 29, that’s a significant improvement on the 28-point deficit he faced in June. Independents are also falling in line with the incumbent: Biden’s 1-point lead among those voters is down from an 11-point edge in June.

Biden is not the only Democratic candidate to see his head-to-head advantage over Trump dwindle — and his numbers against the president still compare favorably with his competitors. Sen. Bernie Sanders (I-Vt.) only leads Trump by 2 points in the latest poll, down 8 points since June.

But polling suggests that many primary voters are backing Biden because of his perceived general-election strength. Forty percent of Democratic primary voters said in September that they thought Biden has the best chance of beating Trump in 2020, more than twice the share who said the same of any other candidate. To that extent, declining returns in head-to-head matchups against Trump may pose a unique risk to his prospects for securing the nomination.