But views of the president’s job performance slid in Wisconsin and Georgia amid impeachment inquiry, blowback to Syria decision 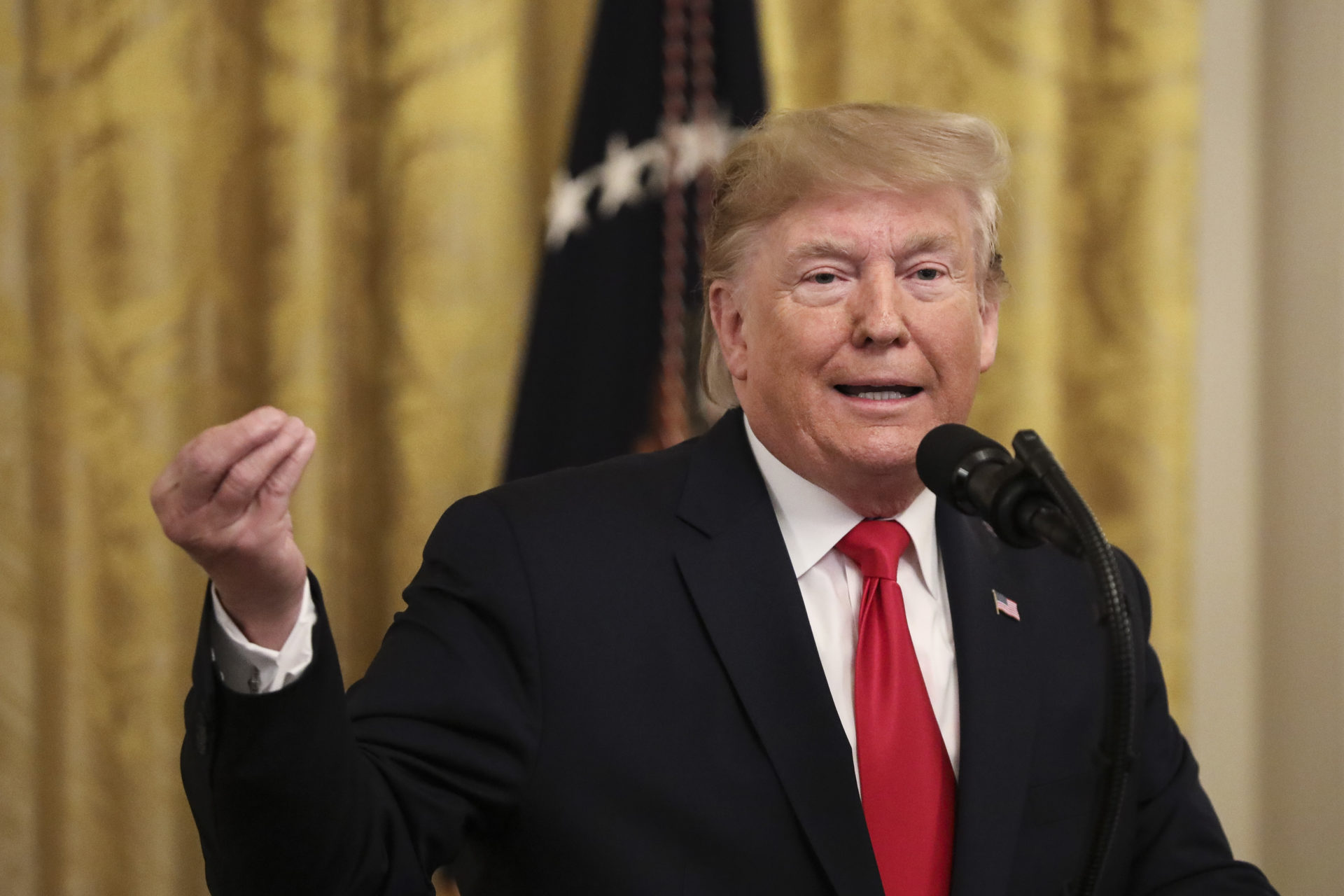 A month of damning revelations from the House Democrats’ impeachment probe and a controversial policy shift in Syria that drew the ire of fellow Republicans did little to change voters’ already dim views of President Donald Trump’s job performance, according to new Morning Consult data. 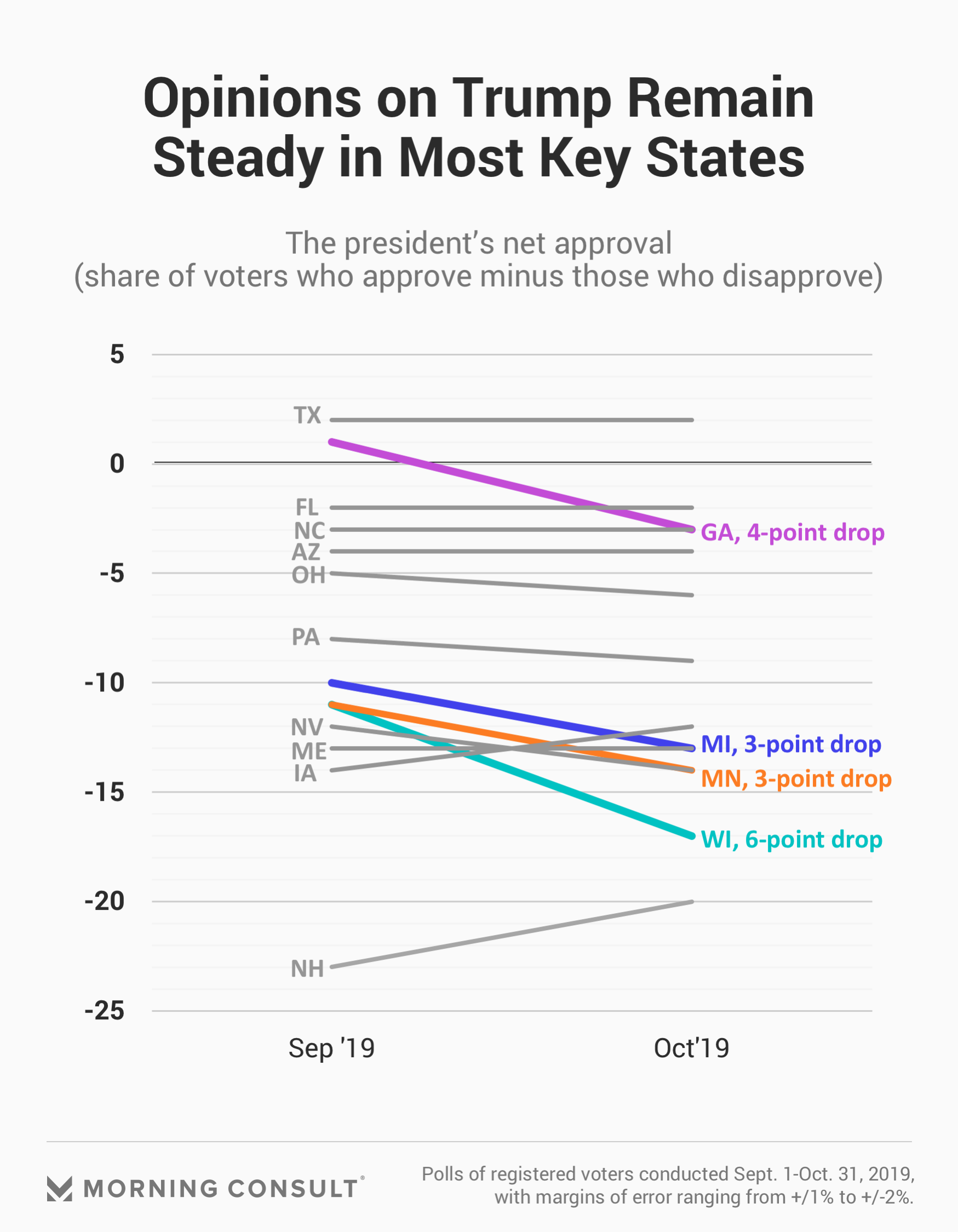 Equally striking was the lack of movement in Morning Consult’s latest 50-state Tracking Trump data: Most of the states expected to play a pivotal role in 2020 — including Arizona, Florida, Iowa, Maine, Nevada, North Carolina, Ohio, Pennsylvania and Texas — saw no statistically significant movement in evaluations of the president’s job performance between the past two months.

To be sure, Trump remains underwater in each of those states ahead of next year’s election. But he appears to have emerged relatively unscathed from a torrid month marked by negative headlines concerning his administration’s alleged quid pro quo with the Ukrainian government in a bid to investigate his political rival, Joe Biden, and blowback from Republican officials over his decision to cede territory in Syria to Turkey and Russia.

It’s not all good news for the president. In Wisconsin, his net approval — the share of voters who approve of his job performance minus the share who disapprove — fell 6 points to put him 17 points underwater, his worst showing yet in the Badger State and the biggest fall among competitive states.

And in Georgia, a state Democrats are hoping to contest in 2020, Trump is 3 points in the red after a 4-point slide since September, dropping to a 2019 low. He also saw 3-point declines in net approval in Minnesota and Michigan, where he remains far underwater.

Since posting a 21-point national plunge in net approval between March and August 2017 amid the GOP’s failed push to repeal and replace the Affordable Care Act and the dawn of former special counsel Robert Mueller’s investigation into Russian interference in the 2016 election, Trump’s approval rating has moved little from month to month, with one exception. Between December 2018 and January 2019, voters across the country soured on the president as his net approval dropped 5 percentage points amid the longest government shutdown in U.S. history, caused by Trump’s demand for U.S.-Mexico border wall funding.

The next government funding deadline is Nov. 21, and while congressional leaders and Trump’s staff have expressed no interest in shutting down the government, he refused to commit to keeping the government open while speaking Sunday with reporters outside the White House.

“I wouldn’t commit to anything,” he said. “It depends on what the negotiation is.”