As Film, Television Seek Inspiration In Real Events, How Soon Is Too Soon? 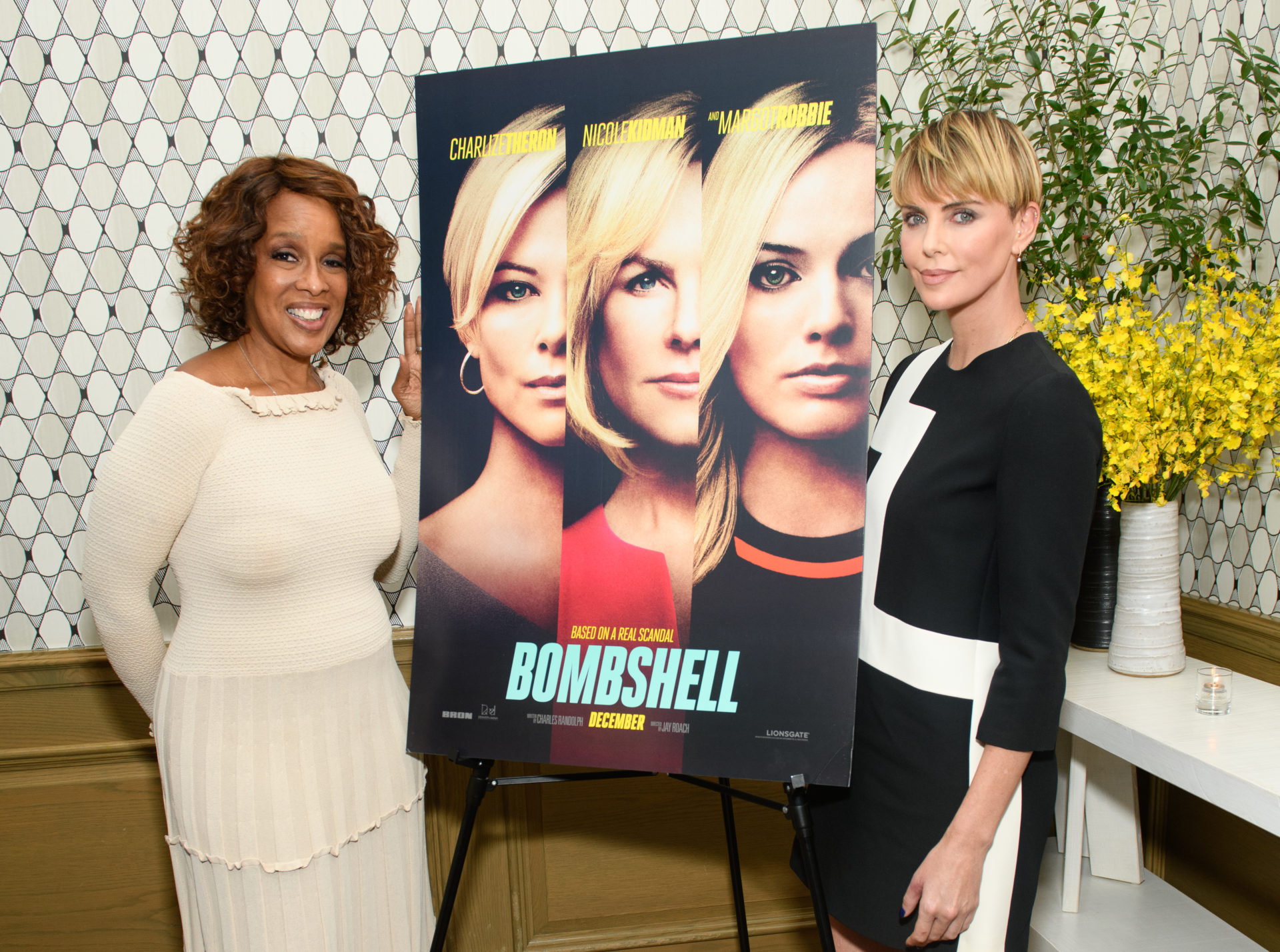 Gayle King and Charlize Theron attend the "Bombshell" New York Screening on Oct. 20, 2019 in New York City. Twenty-three percent of survey respondents said studios should wait at least a year before releasing a film based on a workplace sexual harassment or assault scandal. (Noam Galai/Getty Images)
By Sarah Shevenock

Studios, networks and streaming services are constantly looking for ways to bulk up content, seeking inspiration from real-life events in addition to known intellectual property. But as high-profile projects, including the awards-season contender “Bombshell,” mine the headlines for drama, new polling shows that “how soon is too soon” for adaptations can vary based on the event. 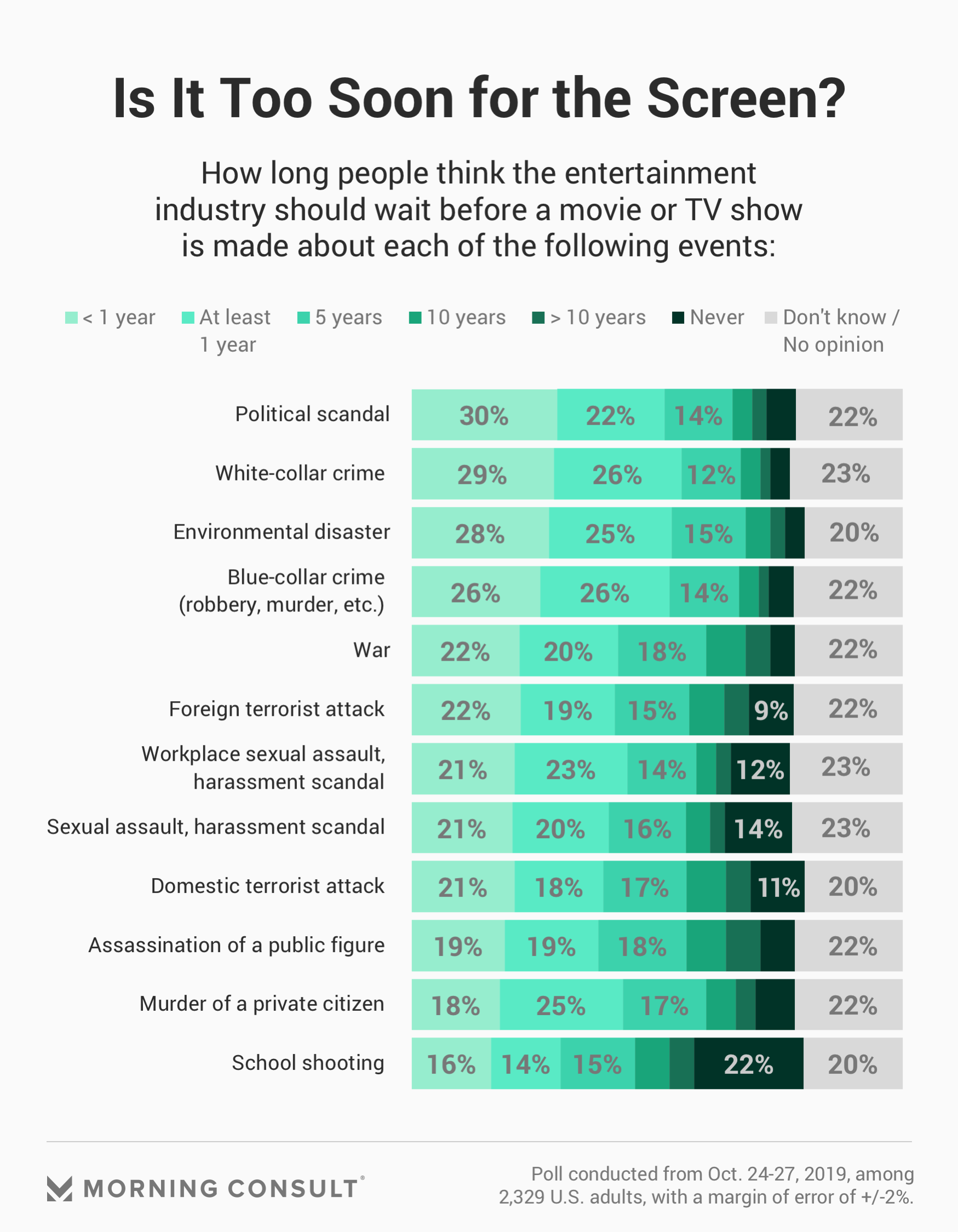 An Oct. 24-27 Morning Consult/The Hollywood Reporter survey asked respondents how they felt about real-life news events, such as crimes or political scandals, being used as source material and dramatized in films or television shows. Respondents were asked if they thought using a particular subject for source material was appropriate or inappropriate, as well as how long they thought studios should wait before adapting these events for film and television.

Environmental disasters were considered the most appropriate for adaptation, with 59 percent of the public saying they thought those kinds of incidents, including flooding and hurricanes, were fair game. And more than half of respondents (54 percent) were comfortable using political scandals and white collar crimes for entertainment material. But school shootings were considered inappropriate to adapt by 46 percent of respondents, while 22 percent said that type of event should never be made into a film or television show. 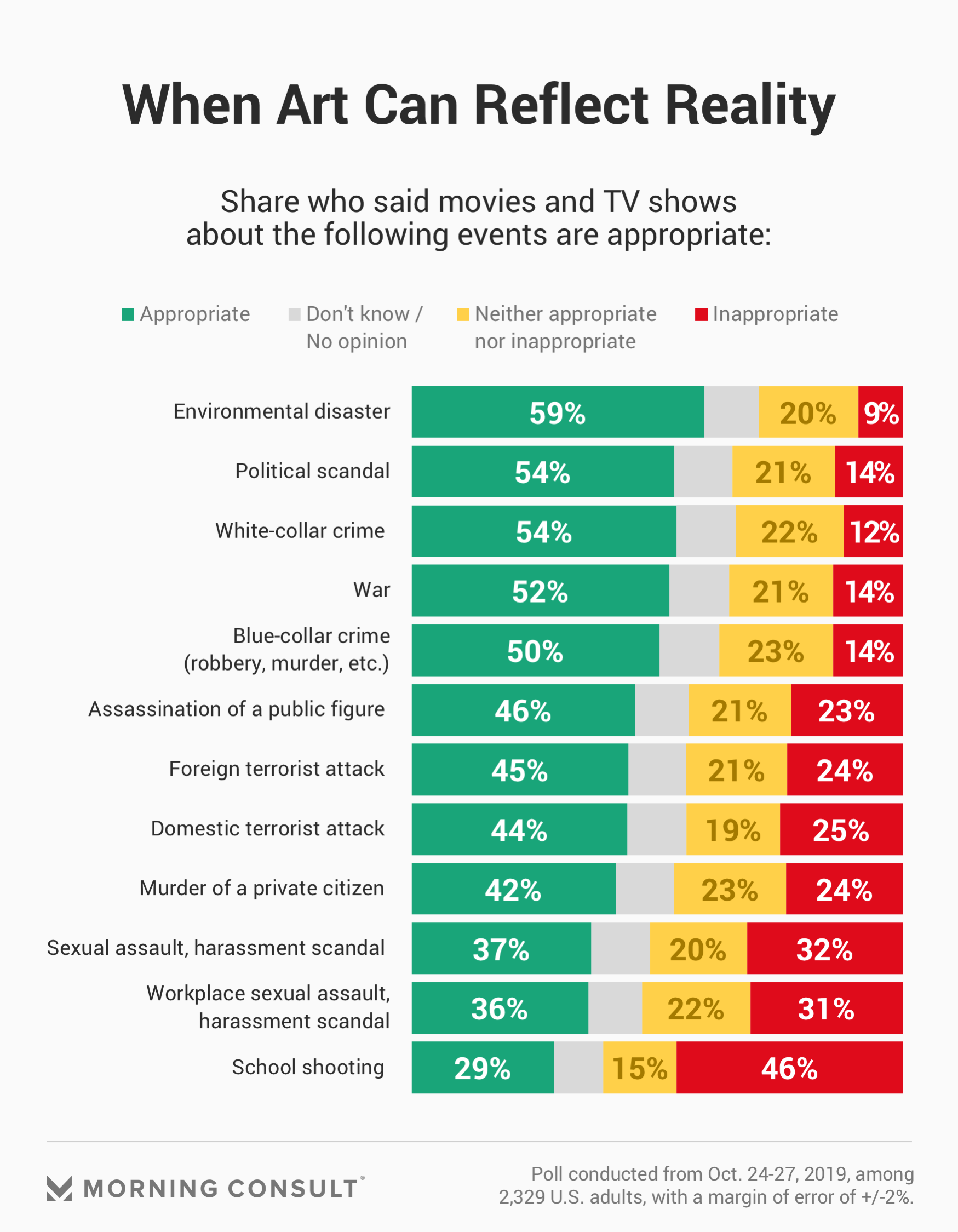 “Bombshell,” which arrives in movie theaters next month, is being released less than four years after Gretchen Carlson’s allegations of sexual harassment at Fox News went public. Twenty-three percent of respondents said that the entertainment industry should wait at least a year after a workplace sexual harassment or assault scandal before adapting it. But not all projects have had the same turnaround time.

For example, “Zero Dark Thirty,” a film that looks at the events leading up to the death of Osama bin Laden, came out in December 2012, roughly a year and a half after he was killed. But others, including Emmy winners “When They See Us” and “Chernobyl,” aired decades after the events that inspired them.

“We are in a wildly different media environment where we are desperate for content,” said Charisse L’Pree, a media psychologist at the SI Newhouse School of Public Communications at Syracuse University, who noted that a series like “When They See Us” may not have been made if it wasn’t for Netflix Inc.’s need for new programming.

But adaptations focused on subjects involving trauma and loss can raise concerns about brand safety. Margot Acton, the North American head of brand strategy for Kantar, said that from “the perspective of commercial pursuit, anything that is traumatic to people” — including loss of life, or crimes involving children or families — “crosses the line.” But she said such content can be more acceptable if it has an “education perspective” or if it helps individuals and “normalizes” a subject. 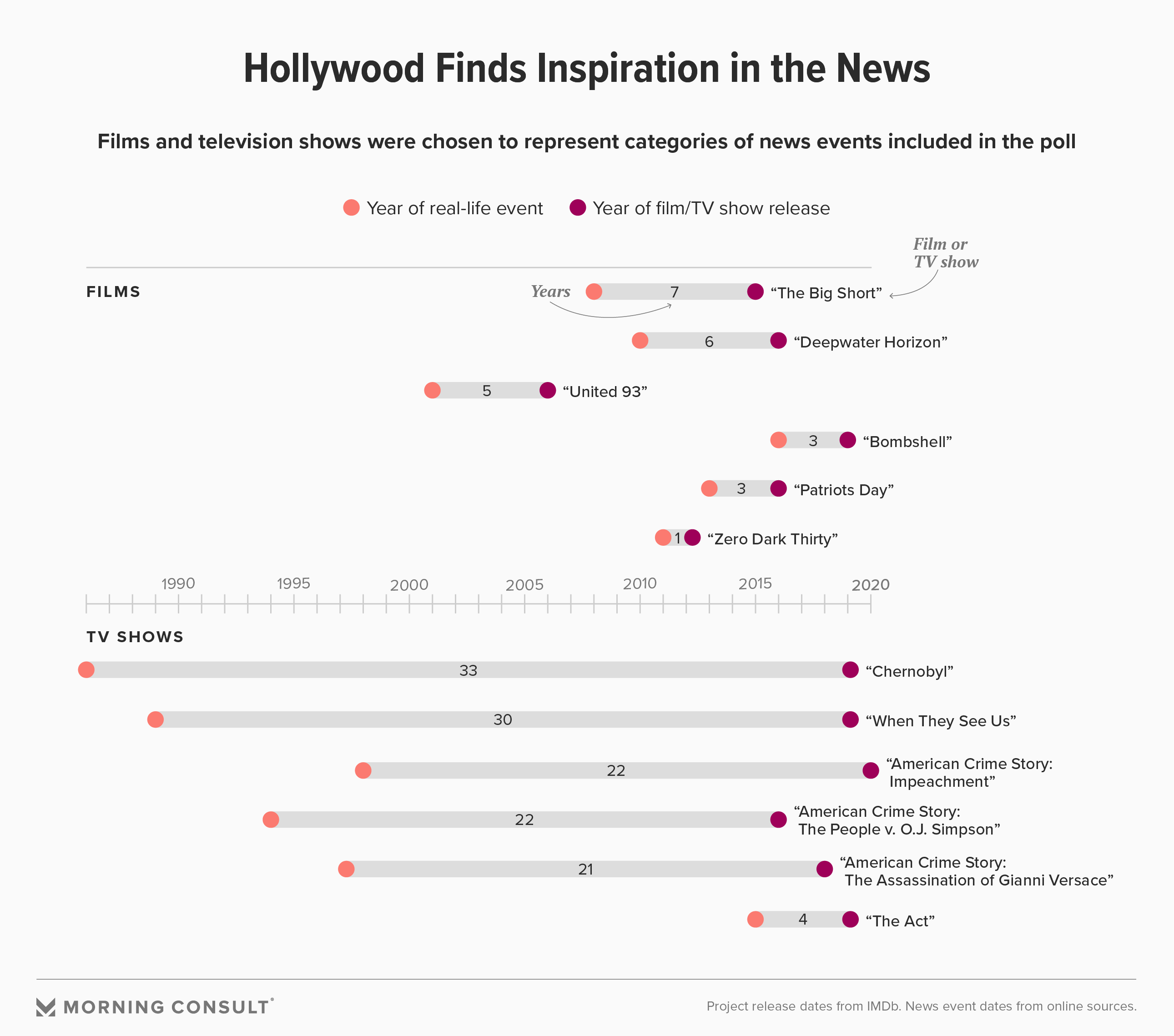 Another way to make these stories more palatable, L’Pree said, is to keep the major real-life event in the background. She cited the film “Hotel Rwanda” as one example, noting that the Rwandan genocide is not the narrative focus of the film — that belongs to the character played by Don Cheadle — but instead is used as a backdrop to tell a story about heroic acts that happened during the event.

Acton said that while releasing projects soon after a newsworthy event provides the “advantage of currency” and capitalizes on consumer interest, it can be “perceived as commercial exploitation” — especially if those impacted by the event are still processing it.

But regardless of “how soon is too soon,” L’Pree said consumers can expect to see more of these real-life stories on screen as the quest for original content continues.

“We are grasping at straws for new content ideas so we will go back further,” L’Pree noted. But she said she’s excited that “more stories will be told — stories that were never told before.”