Black Friday shoppers enter Macy's department store in New York City on Nov. 23, 2017. The Index of Consumer Sentiment currently holds at 110.2 -- close to its highest measure in a year and above the 100 line that divides positive from negative impressions of economic outlook (Stephanie Keith/Getty Images)
By Claire Williams

American consumers are feeling good about the economy and are ready to open their wallets this holiday season.

Shoppers traditionally hit malls and shop online en masse during the closely watched period from Black Friday to Christmas Day, as they take stock of their finances and decide how much they can afford to spend on gifts and other holiday expenses.

This year, retailers are grappling with a shorter-than-usual season, with six fewer days than last year during peak shopping time and the shadow of a lackluster 2018 holiday sales season to contend with. Retail sales disappointed in December 2018, falling 1.2 percent from the month before, the worst decline in nine years.

But the underlying strength of U.S. consumers should buoy results this year. Consumer confidence has continued an upward trajectory leading up to the holiday shopping season, according to Morning Consult Economic Intelligence. The Index of Consumer Sentiment currently holds at 110.2 — close to its highest measure in a year and above the 100 line that divides positive from negative impressions of economic outlook.

Morning Consult’s aggregate indices are based on daily surveys of 7,500 U.S. adults from November 4-10. 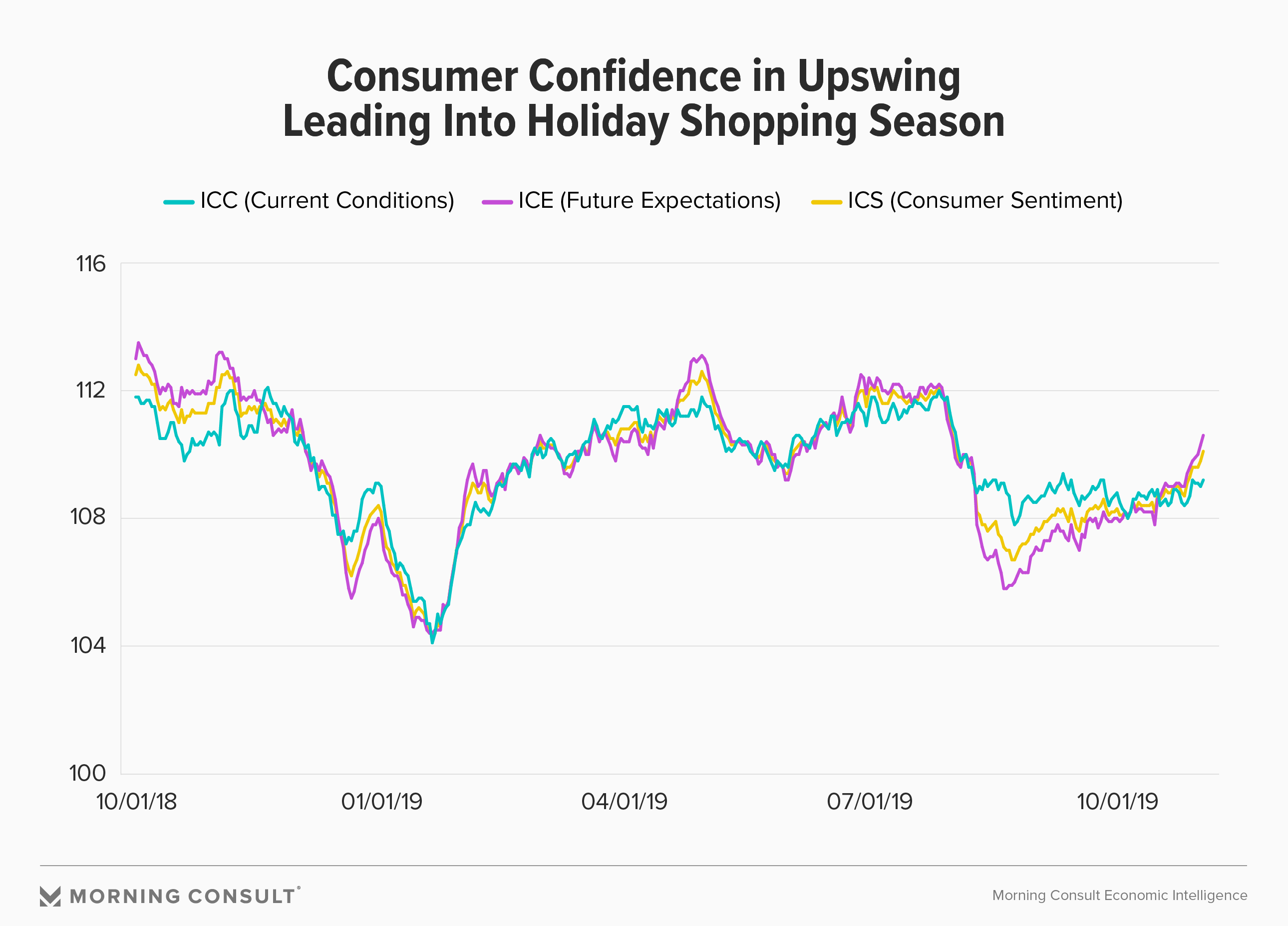 “Really, it’s the consumer that’s put the economy on their back and is shouldering most of the burden,” said Ryan Sweet, Moody’s Analytics Inc.’s director of real-time economics. “So I think holiday shopping is going to be better than last year, but it’s not going to be anything to write home about.”

Consumer confidence leading up to holiday shopping this year differs sharply from the same time last year. John Leer, senior director for Morning Consult Economic Intelligence, said that economic confidence plummeted in November and December of 2018, as the stock market became more volatile, the government shut down and China tariffs were implemented.

This year, however, consumer confidence is trending up leading into the critical period, he said.

“All indicators are moving in the right direction at this point in time,” Leer said. 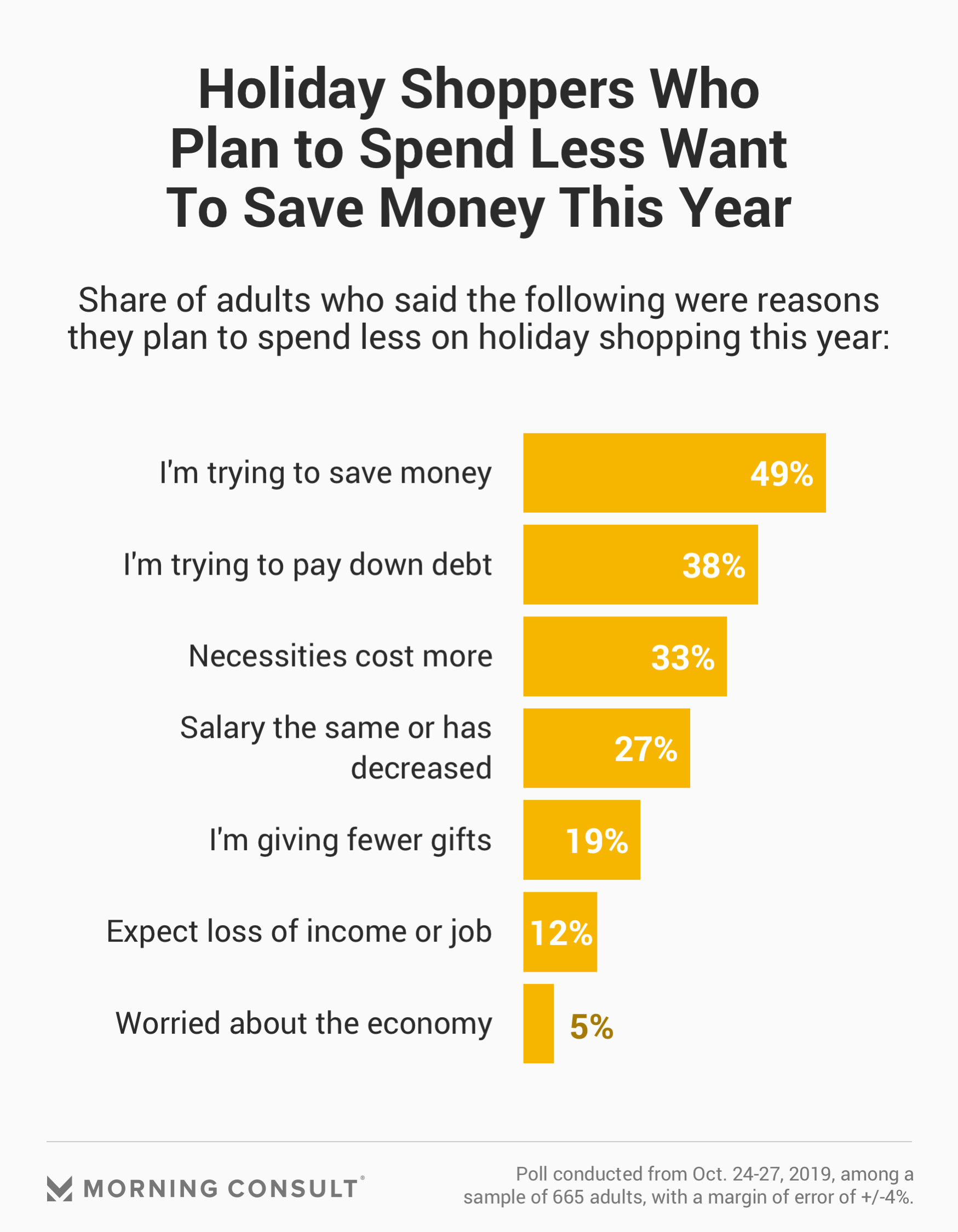 Those who said they plan to spend less cited a desire to save money (49 percent) and pay down debt (38 percent) as top reasons.

Five percent said they would spend less money because they were worried about the economy, and 12 percent blamed expected loss of income or job.

Everything could change as Thanksgiving approaches, experts said, especially if trade relations between the United States and China deteriorate further, discouraging consumers.

“The one thing that worries me is that we could talk ourselves into a recession,” Sweet said. “And the biggest threat to the economy right now is trade tensions.”