The bill would extend the program through the end of 2027 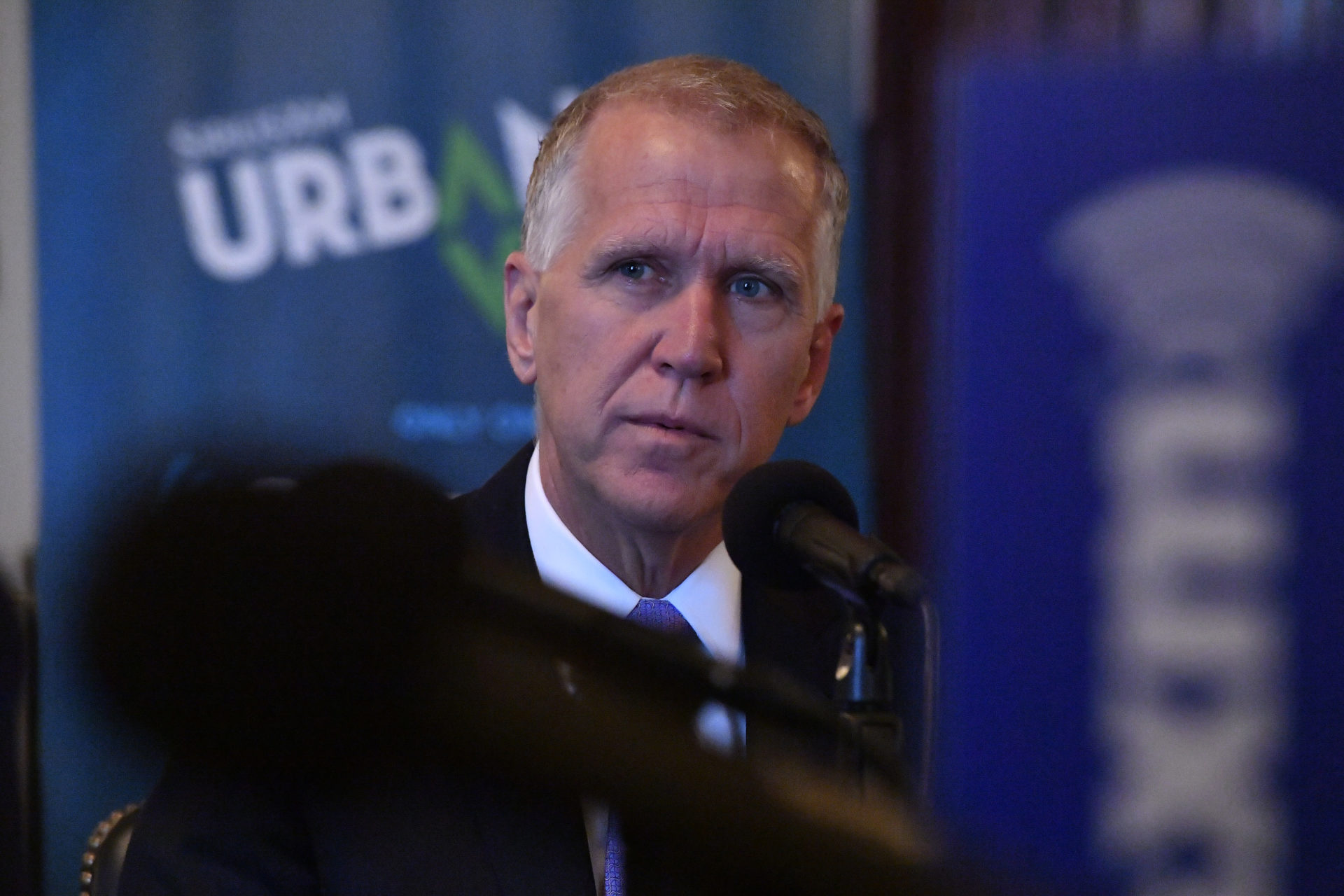 Sen. Thom Tillis (R-N.C.), pictured at the Russell Senate Office Building on May 21, 2019 in Washington, D.C., introduced with Sen. Tina Smith (D-Minn.) legislation that would extend the Terrorism Risk Insurance Program through 2027. (Larry French/Getty Images for SiriusXM)
By Claire Williams

A bipartisan bill extending a program designed to curb financial damage from potential terrorist attacks is heading to a Senate Banking Committee markup on Wednesday, several people familiar with the matter said.

The legislation, introduced Thursday by Sens. Thom Tillis (R-N.C.) and Tina Smith (D-Minn.), would extend the Terrorism Risk Insurance Program through December 31, 2027, instead of its current expiration date at the end of 2020. The House Financial Services Committee unanimously passed a similar bill at the end of October.

The quick introduction and markup of the Senate bill paves the way for the bill to sail through the committee, several of the people said, marking one of the final hurdles for the program’s long-term extension.

The Terrorism Risk Insurance Program is designed to create a federal backstop for insurance claims related to acts of terrorism. The program was signed into law in 2002 after the 9/11 terrorism attacks, initially as a temporary solution, and has been extended several times.

After 9/11, “entire sectors of our economy were hesitant to invest and develop because of a lack of insurance protections,” Tillis said in a statement Thursday.

The Senate bill has support from both sides of the aisle. It is co-sponsored by 14 other senators, including Senate Banking Committee Chairman Mike Crapo (R-Idaho) and ranking member Sherrod Brown (D-Ohio).

In addition to extending the program, the legislation would require the Treasury Department to include an evaluation of the availability and affordability of terrorism risk insurance for places of worship, and it directs the Government Accountability Office to research and report on the risk of cyberterrorism.

This story has been updated with the date of the markup.