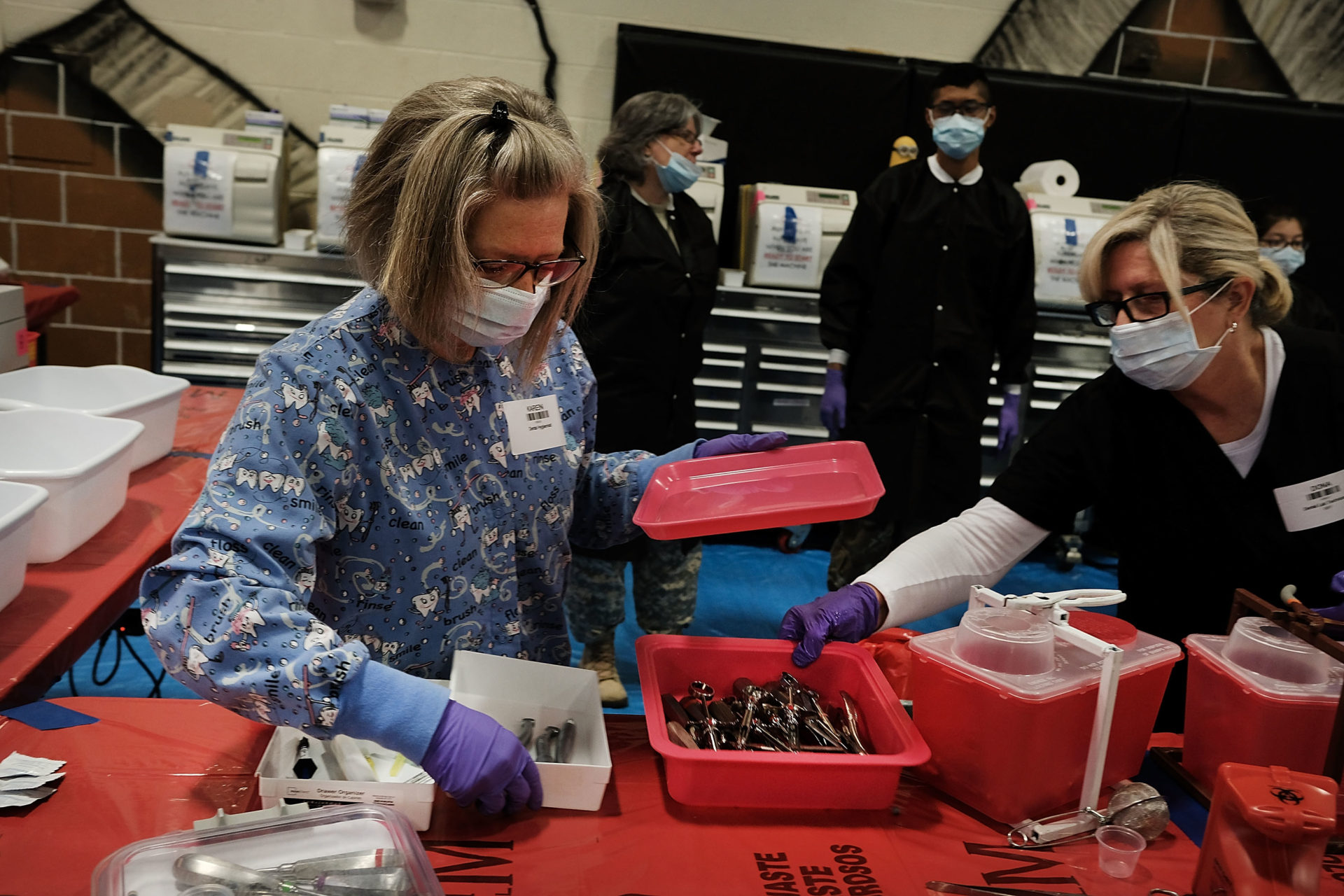 To avert a government shutdown just before tonight’s deadline, President Donald Trump signed into law a continuing resolution sustaining government funding through Dec. 20. But the temporary fix is unlikely a cause for celebration for community health centers, which again find themselves ensnared in the political infighting preventing Congress from passing full-year funding, and with only enough finances on hand to keep clinics open until May 2020 at current funding levels.

It is not the first time community health centers, the source of care for 29 million uninsured and underinsured Americans, have faced an uncertain financial future. While health centers receive some revenue from discretionary dollars allocated by Congress via the Health Center Program, 70 percent of overall funding comes from the Community Health Center Fund, which expired Sept. 30.

Though the two-month spending package passed in September extended funding in the short term, alleviating the immediate risk to health centers, the only remedy for the perpetual threat of a lapse in funding is a reauthorization of the CHCF by Congress.

Lathran Woodard, the board chair of the National Association of Community Health Centers, said despite bipartisan support for providing clinics stable funding, the uncertainty on reauthorization forces clinics to operate in a “state of chaos and confusion” that makes it difficult to focus on their mission.

“The timing is so important — we don’t have that kind of cash flow to keep us running while waiting for Congress to finally pass the budget,” Woodard said. “We have providers who are ready to jump ship and say, ‘I don’t know if you have funding after December.’ It’s those kinds of things that are really hard to manage.”

The continuing resolution that passed the House and Senate authorizes mandatory and discretionary funding for health centers through Dec. 20, but Congress has yet to finalize a long-term funding solution for the CHCF.

The Dec. 20 deadline poses another hurdle that some clinics could run into as early as next month: Community centers all operate with different budget years, meaning that those whose budget year begins Dec. 1 will only receive 20 days’ worth of funding, Woodard said.

Ritesh Patel, the chief executive officer at Open Cities Health Center in Minnesota, said the problem with stopgap funding measures is that community health center leaders still have to plan for reductions, while managing the needs of their communities. Open Cities is funded until April 1, but the business can’t engage in any long-term strategic planning without clarity on when Congress will act.

“We’re in November now, but I’ve already started planning a reduction in force to make sure that we are managing revenue, because I have no guarantee that we can even keep our doors open after March 31,” Patel said.

On Wednesday afternoon, federal officials from the Health Resources and Services Administration informed NACHC leadership that if Congress cannot pass another continuing resolution by Dec. 20, there is only enough cash on hand to fund community health centers for about five months, which would lead to the shutdown of 2,400 sites, causing 9 million people to lose access to care, according to HRSA’s estimates.

Reaching that funding cliff would be catastrophic for health centers, which are particularly indispensable in medically underserved areas. When funding lapsed in 2017 for five months, centers nationwide reported hiring freezes, layoffs and reduced patient care services. Two years later, centers are not only dealing with challenges in provider hiring and retention, but drawing up contingency plans in the event they either don’t get funding, or get month-to-month funding, and have to slash services.

Just like any other business, in order to operate at full capacity, the clinics need the security of full-year funding, Woodard said — not hanging on for two or three months at a time, at the whim of an unpredictable Congress, which will return to the negotiating table amid the heat of impeachment.

“CR, after CR, after CR cannot sustain us,” Patel said. “Health centers are picking up loans, accruing interest, and it’s raising their costs. The more Congress delays, the more resources are held from patients and the community.”

Legislation to protect community health centers from becoming unintended casualties of budget and appropriations negotiations in the future has garnered support in Congress. On Oct. 23, dozens of bicameral lawmakers wrote to congressional leadership encouraging a five-year extension of the CHCF, as well as the National Health Service Corps and the Teaching Health Center Graduate Medical Education program.

But with so many other contentious issues on the table, the challenges for community health centers can slip through the cracks.

“The issue right now is, why is Congress taking so long to act on the reauthorization? We know a lot of other things are going on,” Woodard said. “But this is something that both sides agree on. Sometimes we feel like we’re being held hostage.”