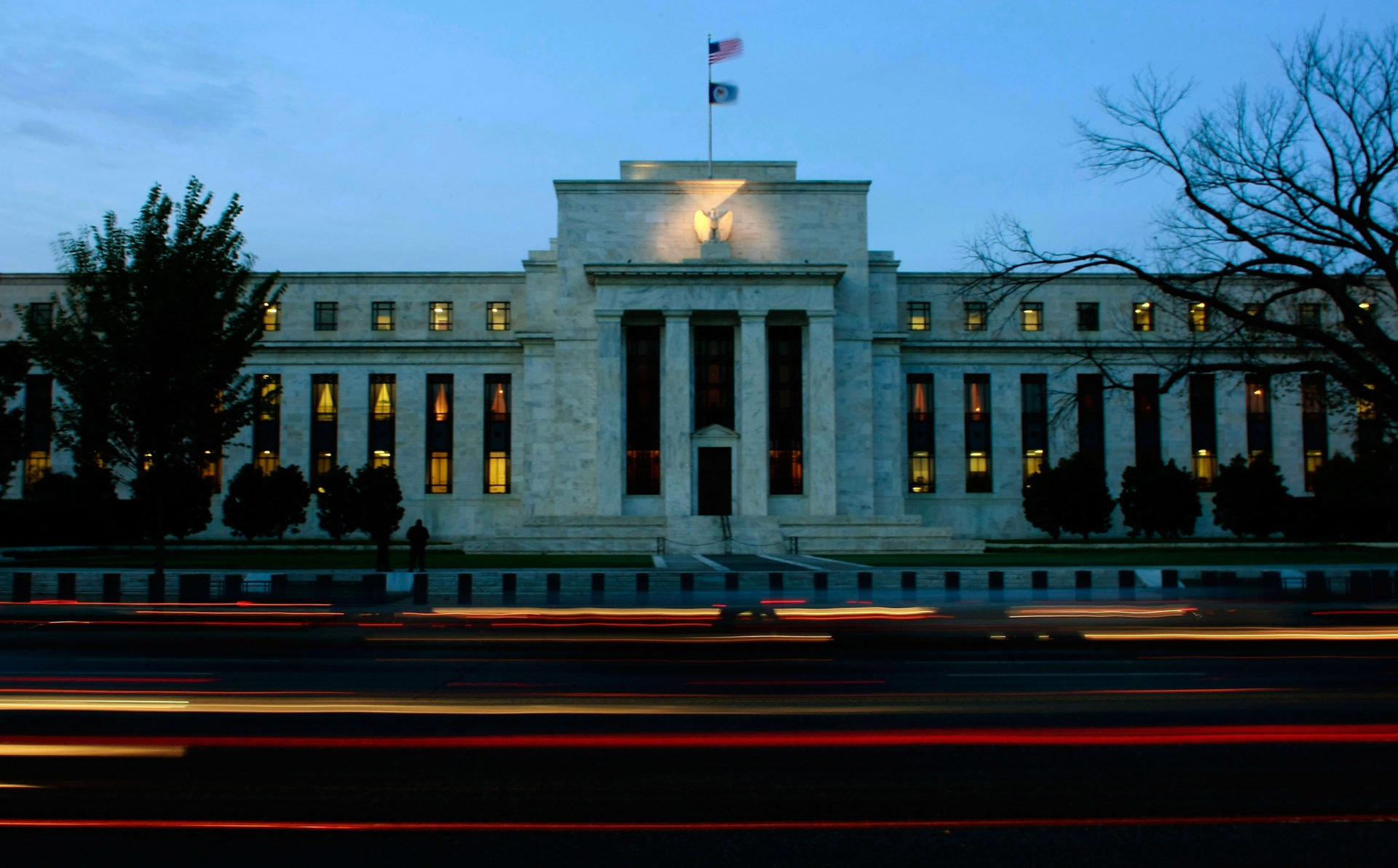 The U.S. Federal Reserve Building in Washington, D.C. The Federal Reserve is reviewing parts of its supervisory framework, particularly around bank liquidity requirements, in the aftermath of unusual overnight lending market volatility earlier this year, according to a growing chorus of Fed officials. (Win McNamee/Getty Images)
By Claire Williams

The Federal Reserve is reviewing parts of its supervisory framework, particularly around bank liquidity requirements, in the aftermath of unusual overnight lending market volatility earlier this year, according to a growing chorus of Fed officials.

The Fed might have contributed to the repo market turmoil in September and will review if the policies could have exacerbated the problem, Fed Vice Chair for Supervision Randal Quarles said at a House Financial Services Committee hearing. And in the lead-up to the hearing, Fed Chairman Jerome Powell and New York Fed President John Williams sent a letter to committee ranking member Pat McHenry (R-N.C.), saying that the Fed will “continue to analyze” the dynamics that contributed to the turmoil.

The Fed intervened in the so-called “repo” market for the first time since the financial crisis after rates spiked in September. The repo market provides banks with the key short-term funding they need to trade and to lend money, temporarily trading cash for a government security.

After the Fed stepped in — aggressively offering overnight cash loans and purchasing Treasury bills into at least the second quarter of next year — the central bank has begun reviewing the rules that contributed to the repo market’s volatility, Quarles said.

Quarles cited one area in particular: the framework put in place after the 2008 financial crisis that informs internal liquidity stress tests at banks. The framework has incentivized some banks to prefer central bank reserves to Treasury securities to satisfy liquidity requirements, he said.

Powell and Williams pointed to a similar dynamic. Some market observers “suggested that supervisory and regulatory factors related to liquidity risk management played a role in amplifying the market strains in September,” according to the letter. “In particular, some banks appeared to limit the amount they were willing to lend in repo markets, despite very elevated rates.”

One of the most notable of these observers, JPMorgan Chase & Co. Chief Executive Jamie Dimon, had pointed to the liquidity requirement for being unable to aid the Fed during the repo market crunch.

“We’d have been happy to do it,” Dimon told analysts in the bank’s third-quarter earnings conference call in October. “It’s up to the regulators to decide if they want to recalibrate the kind of liquidity they expect us to keep in that account.”

Powell and Williams added a caveat: “It is worth noting, however, that many other types of lenders in repo markets — such as money funds, GSEs, and pension funds — that are not subject to the same regulations, also appeared to limit their lending in repo markets as rates moved sharply higher in mid-September.”