Since Sept., Trump’s net approval statistically unchanged in 37 states, including some key 2020 battlegrounds

More than two months after the beginning of the Ukraine scandal at the center of the House’s impeachment inquiry — and through many critical news cycles about President Donald Trump — little has changed in how voters rate his job performance.

The latest Morning Consult polling tracking the president’s job approval in each state found that between September and November, there has been no statistical change in Trump’s net approval rating — the share of registered voters who approve minus those who disapprove — in 37 states, including key 2020 battlegrounds such as Arizona, Florida, Ohio, Pennsylvania and North Carolina. 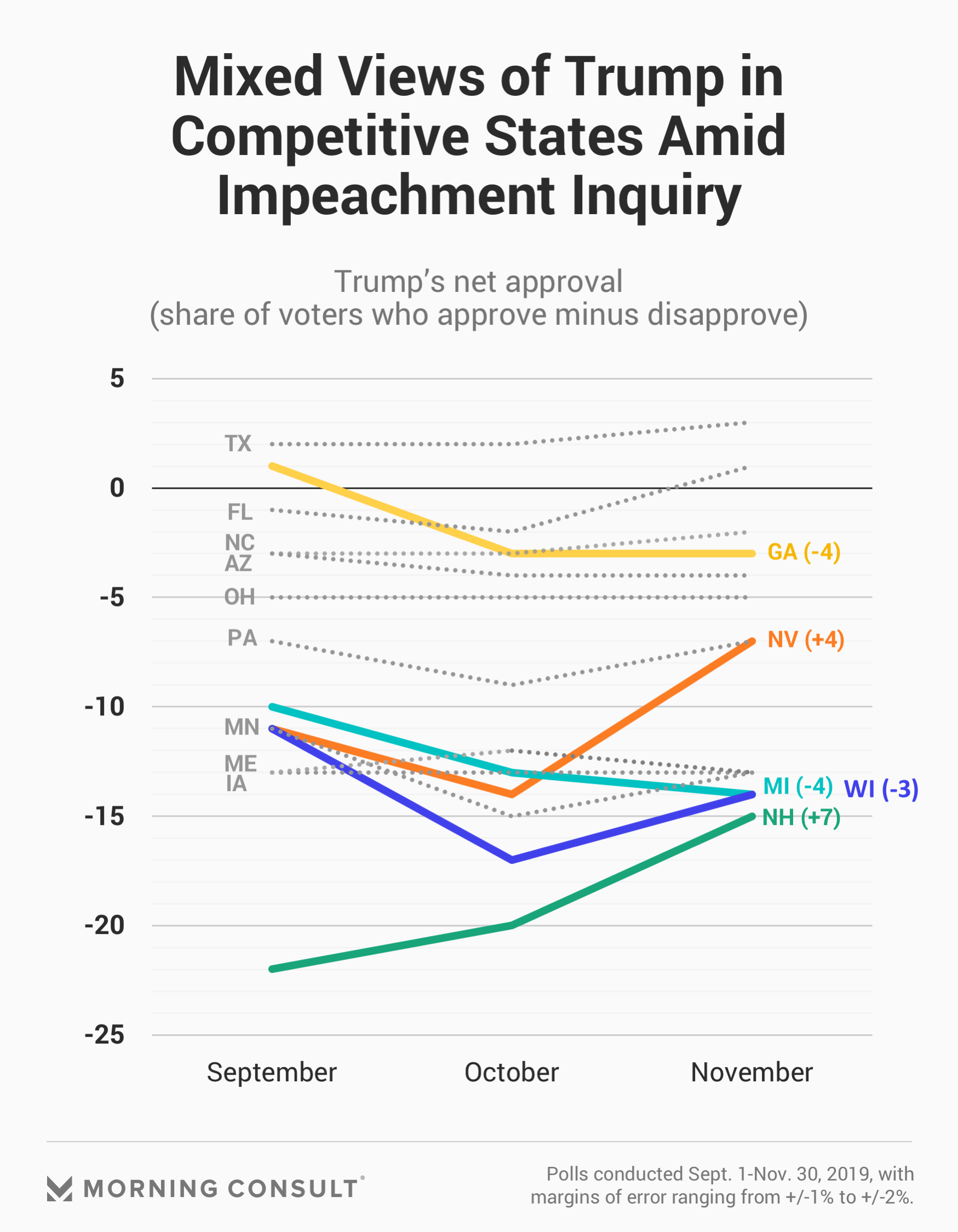 Among 14 key states to watch next year, Trump’s net approval is above water only in Texas (49 percent approve, 46 percent disapprove), and is statistically tied in Florida (49 percent approve, 48 percent disapprove). It is in the red in all the others, with his worst marks coming in New Hampshire and the hotly contested states of Minnesota, Michigan and Wisconsin in the upper Midwest.

The president’s net approval has fallen in Georgia, Michigan and Wisconsin amid the impeachment investigation, while it improved in Nevada and New Hampshire. In the other key states, there was no significant change.

The general solidity in views about Trump mirror their views about impeachment, itself, which have hardly moved as House Democrats took their investigation public as news about specific pieces in their probe has struggled to break through.

Nationwide in November, Trump’s net approval was underwater outside the margin of error in 28 states and the District of Columbia, while it was in positive territory in 13 states, with his best showings in conservative strongholds such as Wyoming, Alabama, Mississippi and West Virginia.

Across the country, partisans hardened their views. In November, the nationwide polling clocked the largest share of Republicans (56 percent) saying they “strongly approve” of Trump’s job performance since he took office, while 78 percent of Democrats said they strongly disapprove — tied for second behind last month’s 79 percent high.