Total national health expenditures rose by 4.6 percent last year, reaching $3.6 trillion in 2018, according to a new report from the Centers for Medicare and Medicaid Services’ Office of the Actuary published in Health Affairs. The increase in total expenditures was fueled primarily by a tax on private and federal insurance providers, causing a surge in the net cost of insurance as Americans’ household spending surpassed $1 trillion. 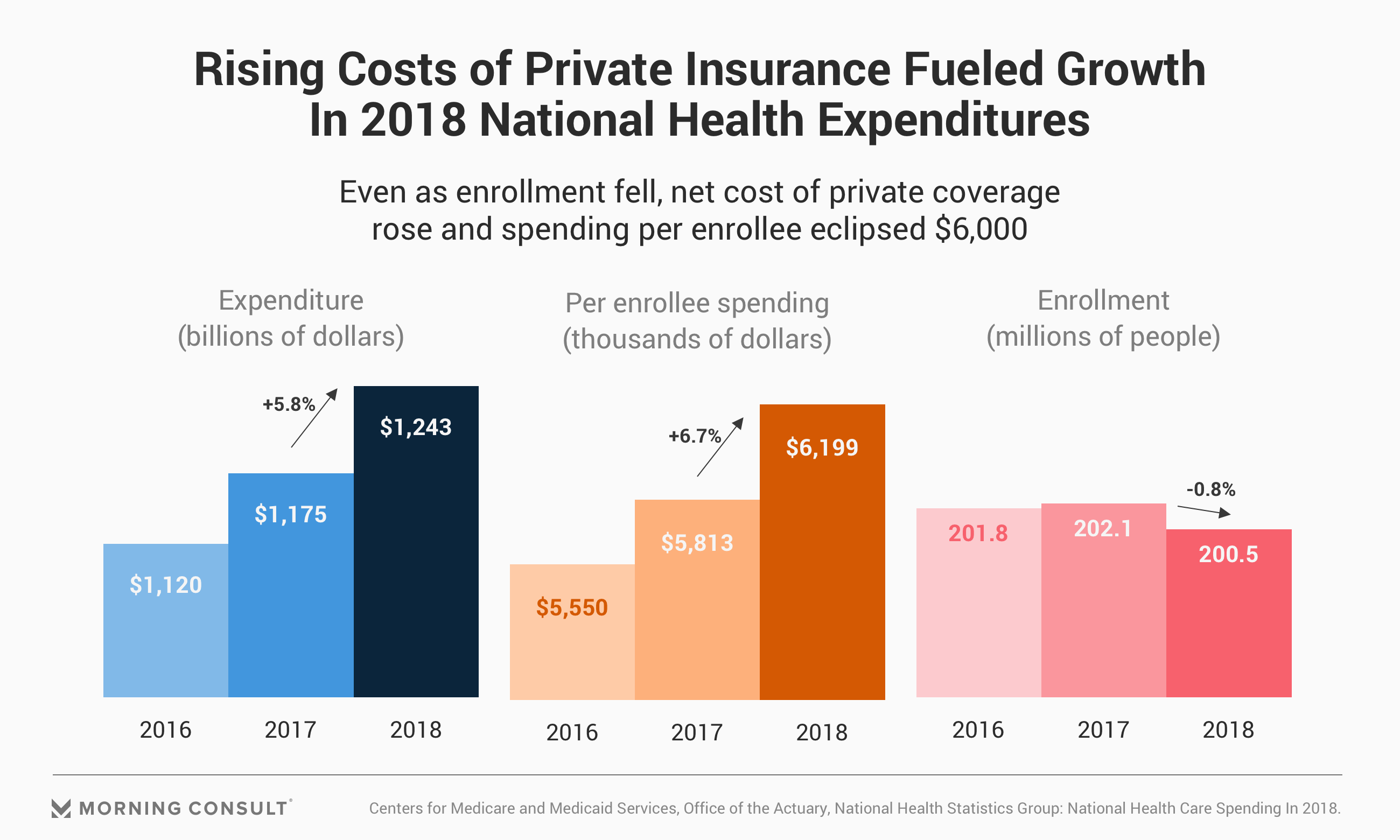 CMS officials were quick to emphasize the impact of the reinstated health insurance tax, an annual fee established by the Affordable Care Act levied on insurers based on their premiums.

“We don’t have an explicit measure of the direct impact of the tax, but we do have the estimates from the IRS in terms of expenditure amount,” said Aaron Catlin, co-author of the study and deputy director at the National Health Statistics Group. “The health insurance tax was big enough to account for most of the acceleration and had a big impact on the three largest payers.” 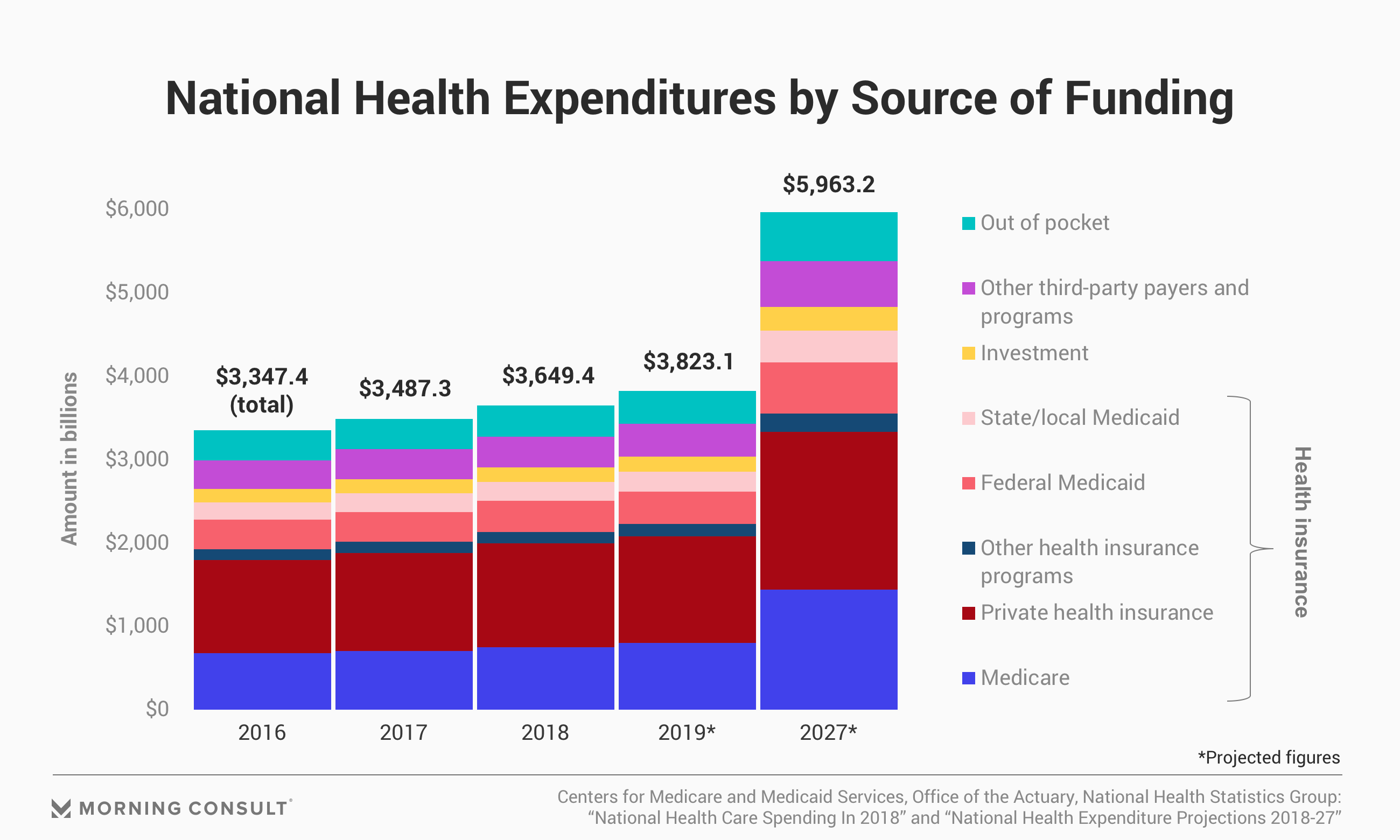 American households contributed nearly $1.04 trillion in total health spending in 2018, in the form of expenses like out-of-pocket costs, contributions to Medicare via payroll taxes and premiums and cost-sharing for employer-sponsored coverage.

While the burden of out-of-pocket costs — especially for retail prescription drugs, durable medical equipment and dental services — grew last year, private businesses also contributed to larger shares of workers’ premiums. As a result, spending by private businesses grew by 6.2 percent, the highest rate of increase since 2003. 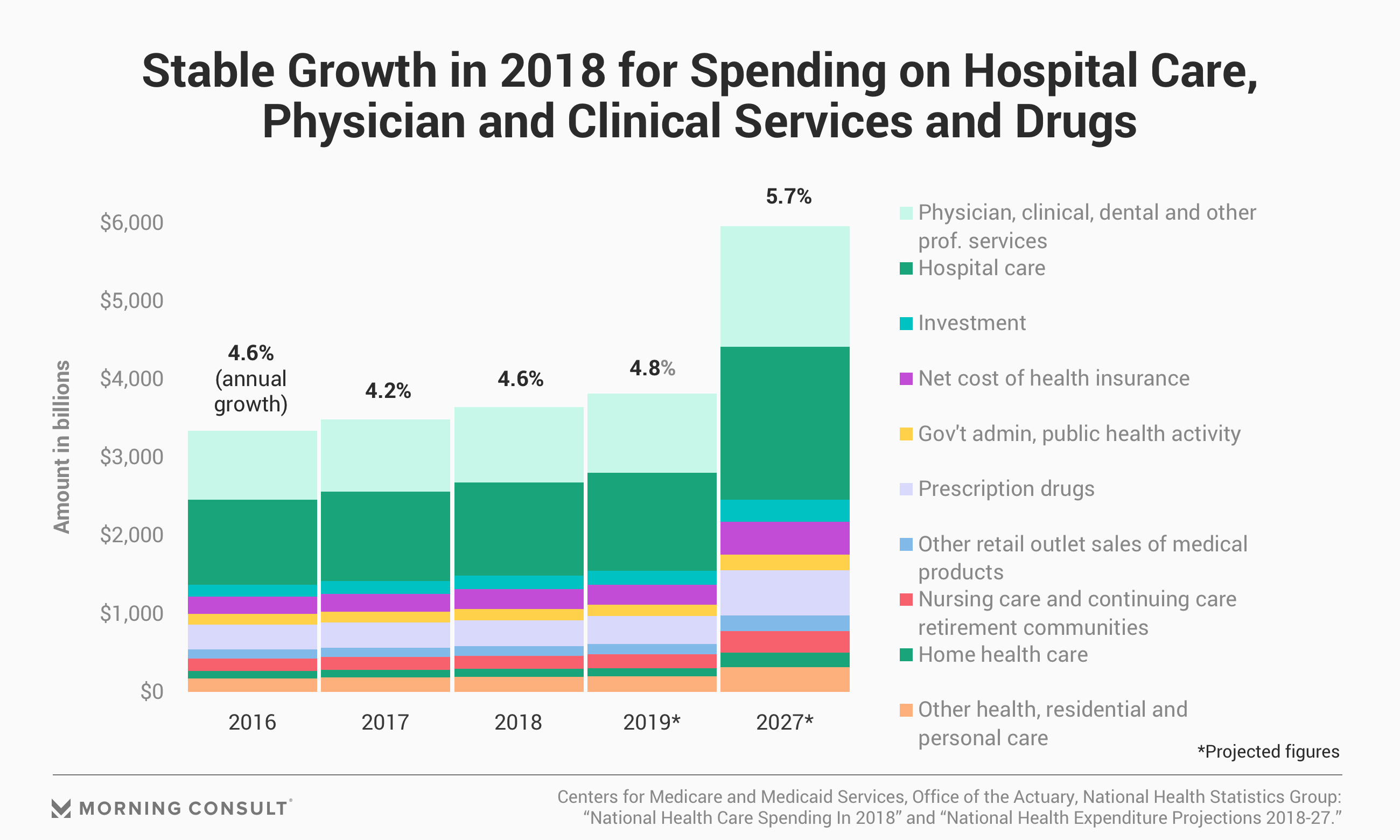 On retail prescription drugs, spending accelerated by about 2.5 percent, reaching $335 billion in 2018. (That total does not include physician-administered drugs, which fall under hospital services.) Though the authors found a decline in price increases and expanded use of lower-cost generic medications, those savings were not enough to fully offset higher spending on new drugs in the oncology and auto-immune space.

According to Joseph Benson, co-author of the report and an economist in the CMS Office of the Actuary, CMS has not reported a decline in retail prescription drug spending since 1973.

Spending on hospital care, which accounts for 33 percent of spending, increased at the same rate as 2017 despite an uptick in prices, because of reduced use and intensity of services. This trend was reflected throughout the report: While prices grew for most health care services, growth in the use of those services slowed, as the uninsured population grew by 1 million people for the second year in a row and reached 30.7 million.