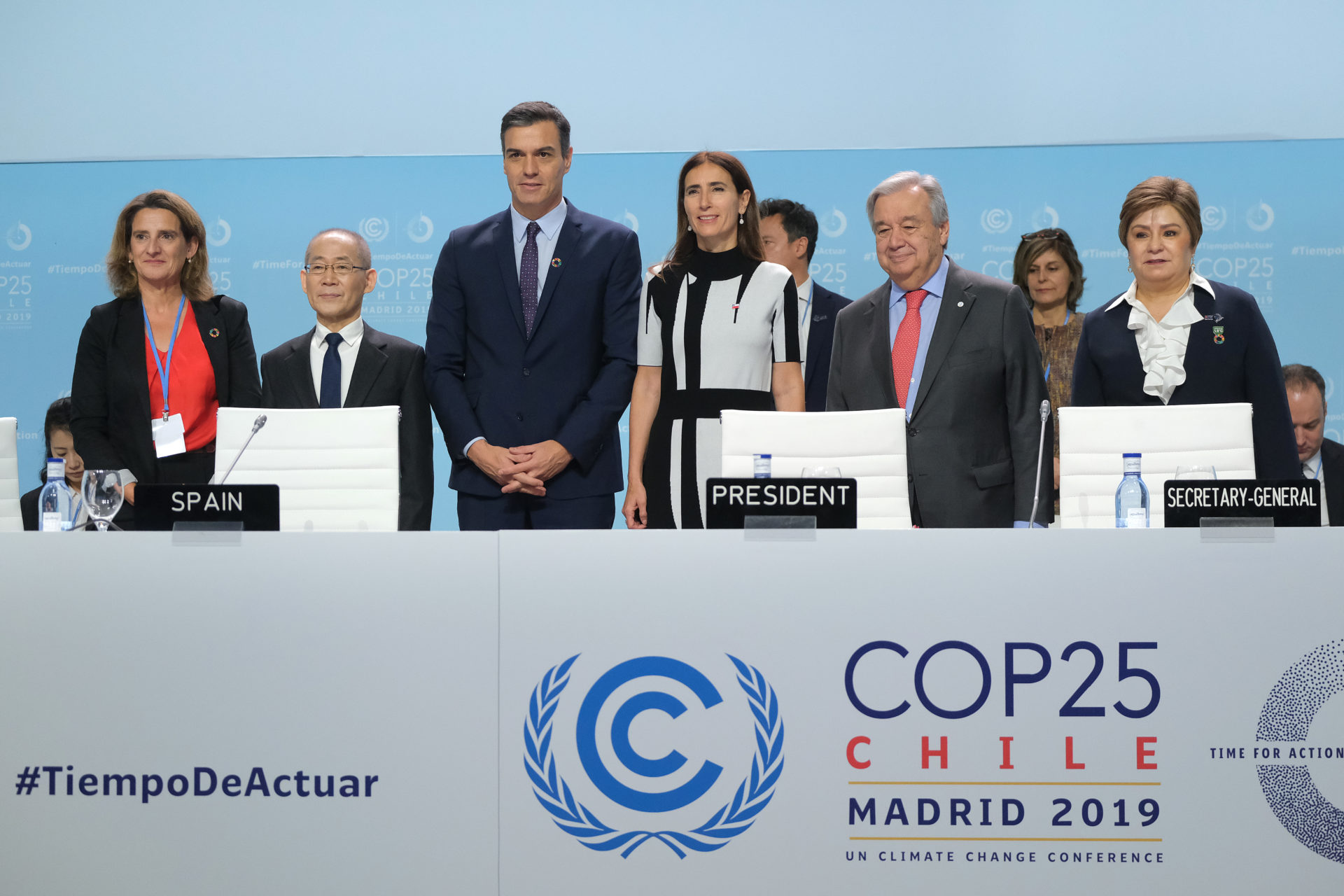 Slowly but surely, investors are financing projects to capture and store carbon dioxide — processes that the United Nations Intergovernmental Panel on Climate Change has deemed key to reducing the cost of holding carbon emissions to levels low enough to avoid the most damaging effects of climate change.

But while the favorable policies are enabling more development and innovation of CCS technologies, the pace of deployment is not yet fast enough for CCS to help minimize the expense of global emissions reductions.

That’s a key takeaway from the Global CCS Institute’s annual global status report on the technologies, released today at the United Nations’ 25th Conference of the Parties in Madrid.

Nineteen operating, large-scale CCS projects currently dot the globe, 10 of which are in the United States, according to the institute, an international think tank working to speed up CCS deployment.

The report tallies more than 25 million metric tons of CO2 stored over the year through CCS.

This year also marked the launch of the Gorgon project off Australia’s coast which, once fully operational, is expected to store 3.4 to 4 million metric tons of carbon annually, making it the largest dedicated geological storage facility to date.

Still, the institute says there needs to be a 100-fold increase of large-scale CCS facilities — or more than 2,000 projects — by 2040, in order to meet the emissions levels laid out in the International Energy Agency’s World Energy Outlook 2019. Without CCS, the IPCC has suggested that emissions reductions for a scenario of 450 parts per million of CO2 equivalent by 2100 could more than double in cost.

In terms of capture and storage capacity, the pipeline for CCS projects worldwide ticked up again in 2019 by 37 percent from 2017, continuing a growth trend since that date after seven years of decline that the report attributes to the global financial crisis, which resulted in market uncertainty and reduced CCS investments. 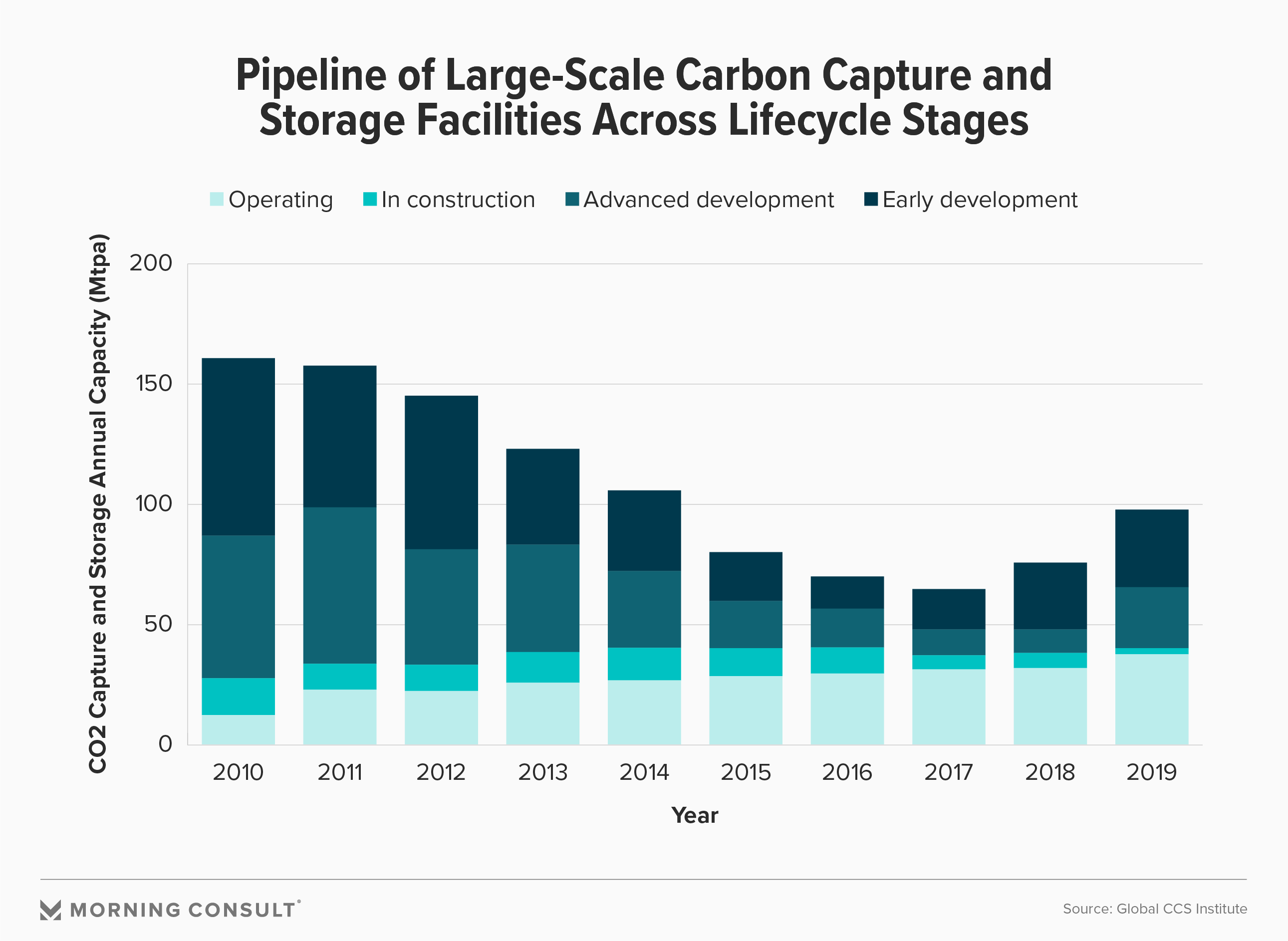 Since that downtrend, the policy environment subsequently improved for these technologies, said Lee Beck, senior advocacy and communications advisor at the institute. The sector has been revitalized by supportive policies, Beck said, such as the enhancement and extension of the 45Q tax credit in the United States, the federal CarbonSAFE Initiative and the amendment of California’s Low Carbon Fuel Standard allowing CCS projects to generate credits toward the state’s lifecycle carbon intensity goals for transportation fuels.

Last year marked a positive shift in the policy landscape for CCS, but supporters of these technologies are eyeing further policies to aid developers. Beyond establishing more financial incentives, additional federal research and development is critical to discovering new CCS technologies and bringing down the cost of existing ones, said Deepika Nagabhushan, head of the Decarbonized Fossil Energy Program at the advocacy group Clean Air Task Force.

To date, there are at least 42 CCS facilities in the United States completed or in operation, construction or advanced development, including pilots and test centers, according to the institute. Those projects span enhanced oil recovery, enhanced coal bed methane recovery, dedicated geological storage and other projects. 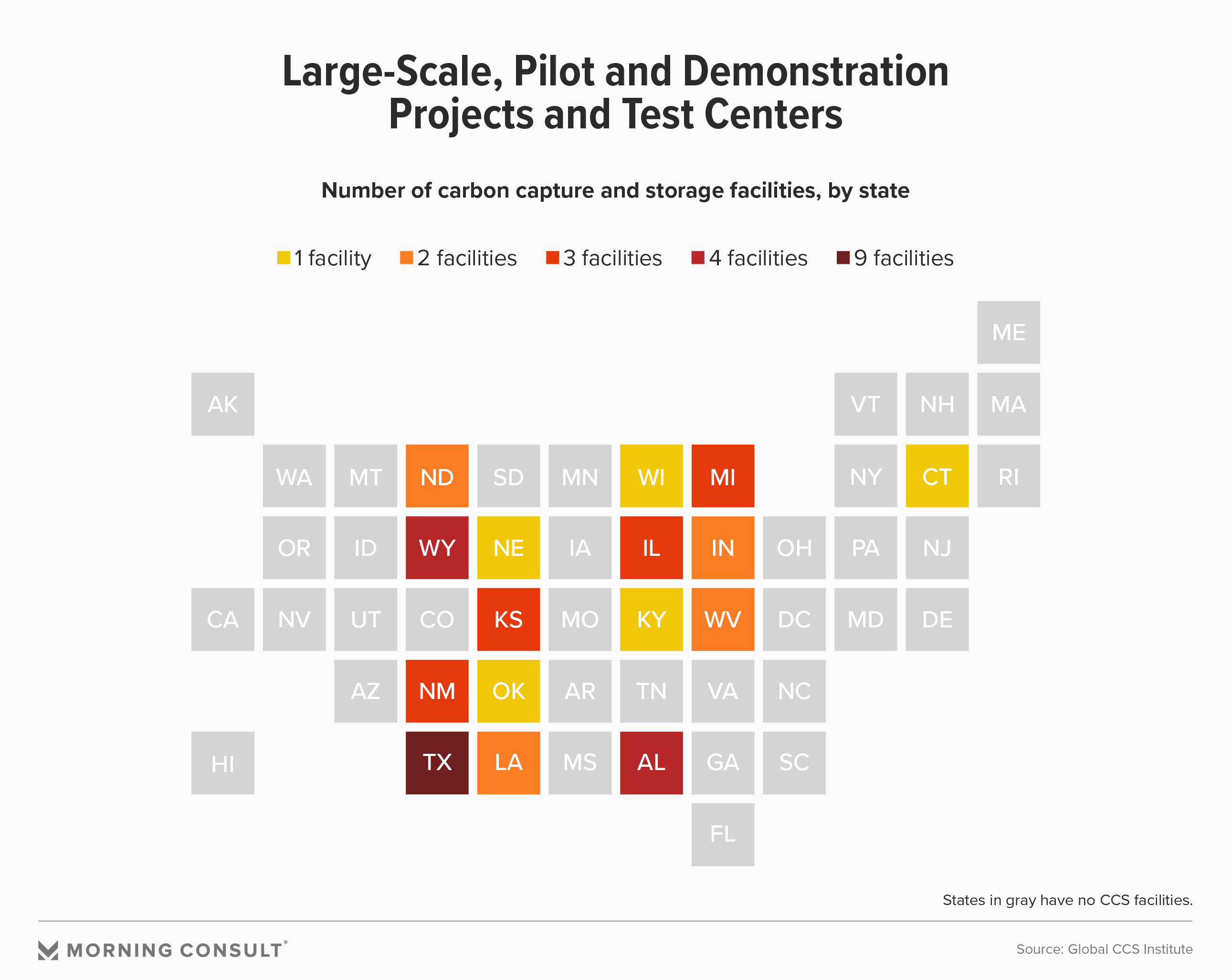 While some environmental groups have gotten on board with CCS as a means of reducing emissions, others are skeptical. Incorporating CCS into a strategy to reduce greenhouse gas emissions but using it to recover oil more economically “is going to be counterproductive,” said Tyson Slocum, director of the Energy Program at the nonprofit consumer advocacy group Public Citizen, adding that a comprehensive lifecycle analysis of emissions from enhanced oil recovery would be critical under that strategy.

“I don’t see a path forward for CCS,” Slocum said. “Not given the unbelievable economics of renewables and storage.”

Slocum encourages the development of projects to reuse or sell reused CO2. But to scale it up nationally and establish the necessary markets and infrastructure would require subsidized funding that could have more taxpayer value in a sector like transportation, he added.

Beck, pointing to a UN report released last week that found countries are not making a dent on their Paris emissions goals, said that “pitting technologies against each other doesn’t help.”