NCAA’s Emmert Counting on Congress Amid State Bills on Name, Image and Likeness

Sen. Romney expects NCAA to be involved in discussions to preserve ‘the integrity of collegiate sports’ 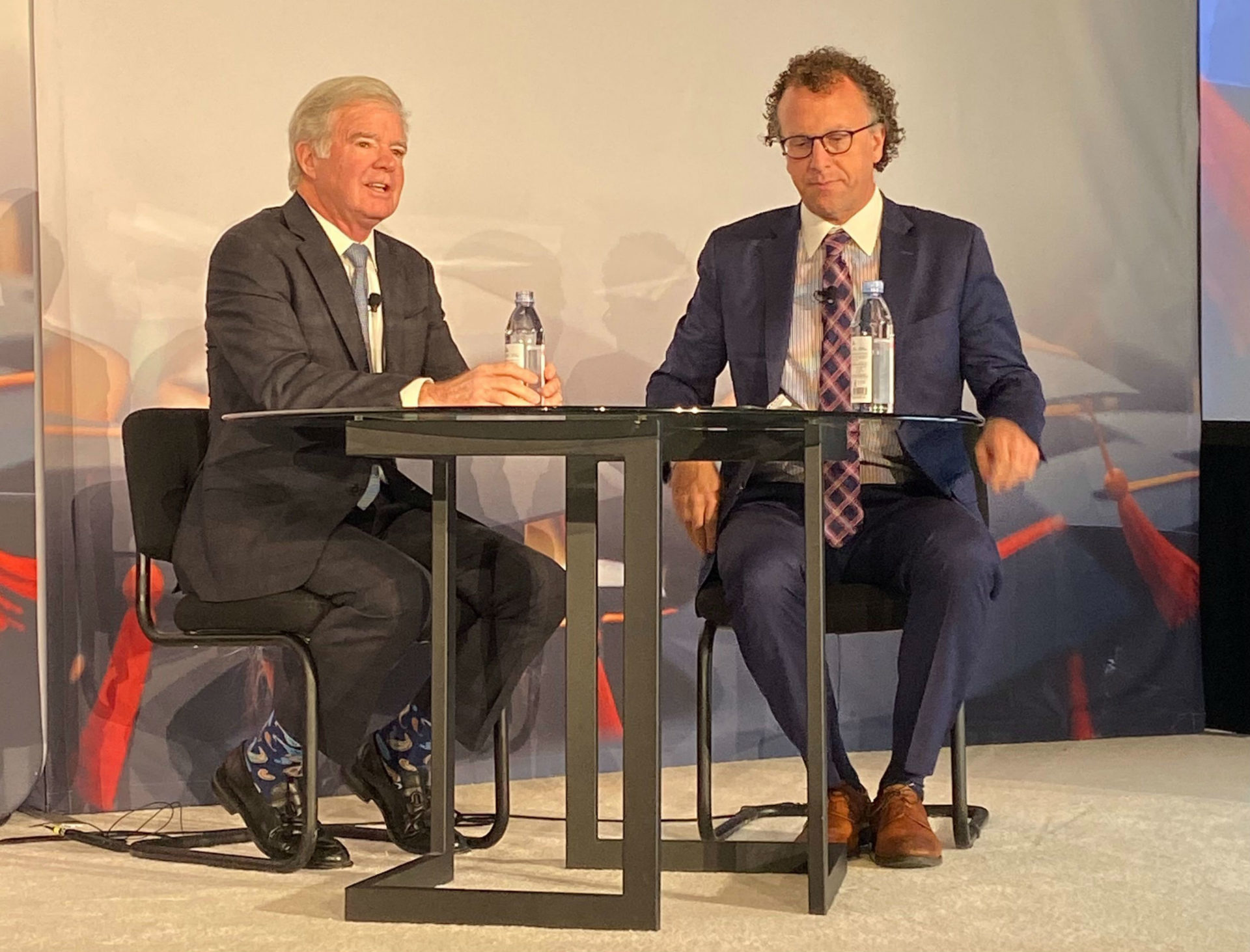 With a hodgepodge of proposed regulations pending in state legislatures across the country, NCAA President Mark Emmert wants to work with Congress to enact a set of rules governing how college athletes can benefit from the commercial use of their name, image and likeness.

“Some of these issues can’t be really resolved without congressional action,” Emmert said Wednesday at the Learfield IMG College Intercollegiate Athletics Forum presented by Sports Business Journal. “You can’t have 26 or 30 different state laws, so you need something at the federal level that becomes an umbrella that organizes all of that.”

Emmert called it “highly probable” that Congress would pass legislation on compensation for name, image and likeness (NILs, for short) for college athletes. But whether such a measure would allow the NCAA to maintain its long-standing vision of relationship between athletes and the schools they play for remains to be seen.

“If you had a completely unfettered sponsorship model like some state bills are anticipating, the nature of that can slide very quickly into an employee-employer relationship,” Emmert said.

Legislation concerning athlete compensation has been in the works in more than 20 states since Sept. 30, when California Gov. Gavin Newsom (D) signed into law Senate Bill 206, which allows athletes to profit off of their NILs starting in 2023. Having to adhere to a collection of different regulations in each state — some of which could go into effect as early as next year — would make it virtually impossible for the NCAA to govern all of its member institutions consistently.

The NCAA’s hope is that any legislation passed by Congress will “provide support” for the rules that an NCAA working group is currently in the process of creating in the wake of the California law. Emmert said January 2021 is likely the earliest the rules could be implemented, but that the bevy of pending state laws will almost certainly complicate the process.

Emmert also acknowledged that it might be difficult to get things done promptly in Congress, given the current political environment and the upcoming 2020 elections.

Sen. Chris Murphy (D-Conn.), who along with Sen. Mitt Romney (R-Utah) recently established a congressional working group on the issue of athletes’ compensation, said in a statement that he intends to introduce a bipartisan bill within the next few months and that the NCAA’s newfound openness to working with Congress shows “how quickly this issue has moved” in recent months. Romney said in a statement that any solution needs to fairly compensate athletes “while preserving the integrity of collegiate sports.” He added that he has met with Emmert and expects the NCAA to be involved in the discussions.

Rep. Mark Walker (R-N.C.), who introduced the Student-Athlete Equity Act (H.R. 1804) to the House Ways and Means Committee in March, took a harsher tone in a statement of his own, noting that “the NCAA has had plenty of time to act.”

“While I am glad they seem to be making progress towards giving student-athletes back the inherent rights to their name and image, this injustice has lasted too long,” he said. “There is only one piece of legislation introduced in Congress to achieve this needed change: my Student-Athlete Equity Act.”

Walker’s bill, which as of Wednesday had six co-sponsors (four Democrats and two Republicans), would amend the definition of a tax-exempt amateur sports organization to exclude any entity that prohibits athletes from being compensated for the use of their NIL.

Earlier Wednesday, Obama-era Education Secretary Arne Duncan, who currently serves as co-chair of the Knight Commission on Intercollegiate Athletics, criticized the NCAA for having to “play catch-up” on the name, image and likeness issue. He cited former UCLA basketball player Ed O’Bannon’s lawsuit against the NCAA in 2009 as a missed wake-up call.

“It’s not like we didn’t know this issue was coming,” Duncan said. “It’s the unwillingness to think ahead and think differently.”

Updated to include a statement from Murphy.