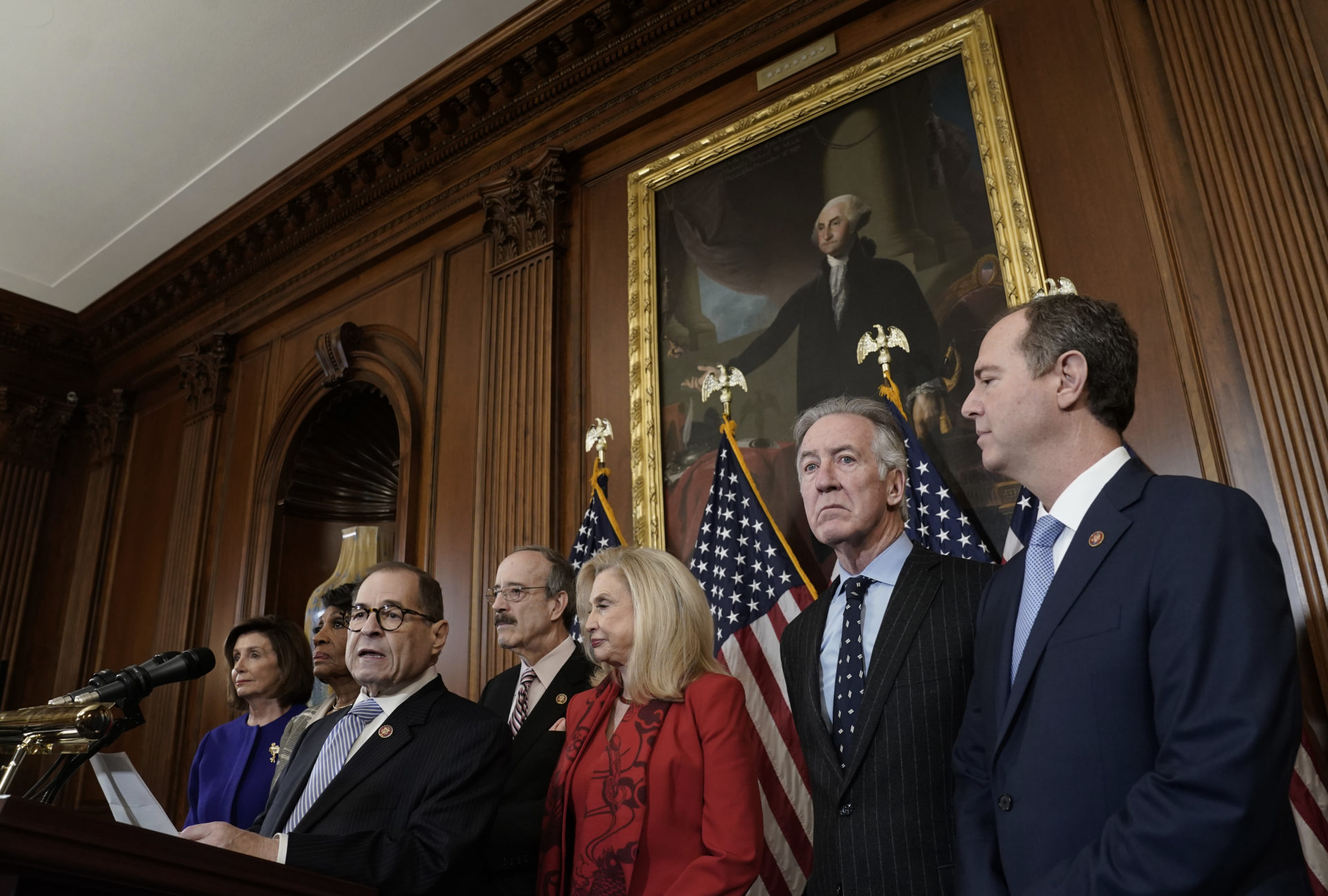 House Judiciary Committee Chairman Jerrold Nadler (D-N.Y.) discusses the next steps in the House impeachment inquiry on Dec. 10 as other top House Democrats look on. A new poll shows a slim plurality of voters say Congress -- not the American people -- should be primarily responsible for holding the president accountable. (Win McNamee/Getty Images)
By

President Donald Trump and his allies have framed the House Democrats’ impeachment push as an admission of weakness ahead of the 2020 elections, arguing that voters should ultimately decide the president’s fitness for office when they go to the polls next year.

“They know they can’t win, so ‘Let’s try to impeach him,’” he said of impeachment proponents at a Nov. 1 campaign rally, comments he’s riffed on throughout the House’s probe into his alleged efforts to compel Ukraine to investigate his domestic political rivals.

While voters are divided over the question of who should decide his fate, according to a new Morning Consult/Politico poll, they’re slightly more likely to agree with House Democrats that Congress should be responsible for holding Trump to account.

The Dec. 6-8 nationwide poll of 1,994 registered voters found 43 percent said Congress should be responsible for holding Trump accountable, compared to 37 percent who said Americans should hold him accountable at the ballot box.

“Elections are the cornerstone of democracy and are foundational to the rule of law, but the integrity of our next election is at risk from a president who has already sought foreign interference in the 2016 and 2020 elections, and who consistently puts himself above country,” he said. “That is why we must act now.” 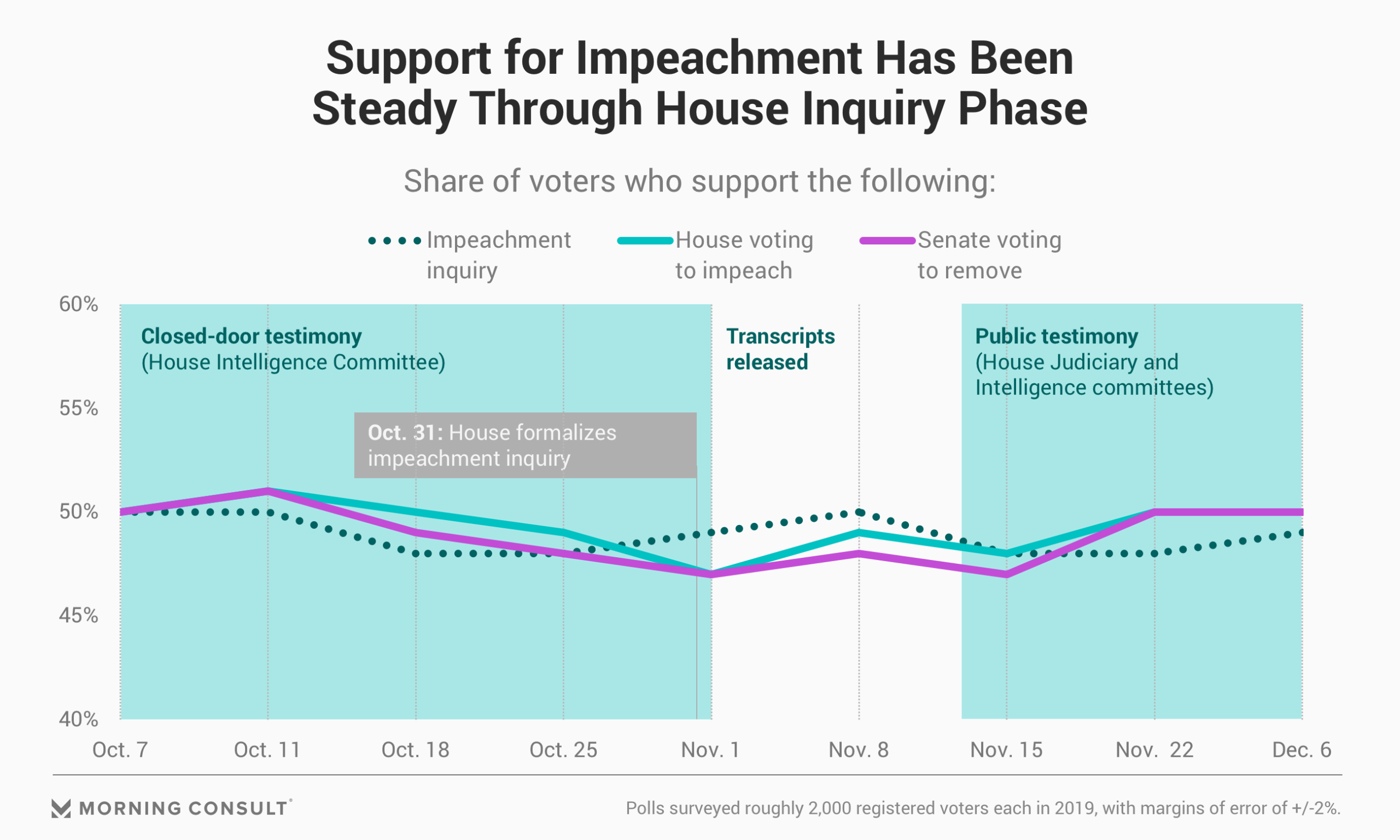 Nadler and House Democrats are armed with the support of the voting public: Half of the electorate supports a vote to impeach Trump, while 41 percent oppose it.

And compared to a poll conducted after House Speaker Nancy Pelosi (D-Calif.) announced her support for an impeachment inquiry in late September, the share of voters who say Trump abused his power to influence the 2020 election has also gone virtually unchanged. In the latest survey, 50 percent said he abused his power to influence the 2020 election and 35 percent said he was acting within his power as president.