45% have heard nothing about the new, updated version of the song 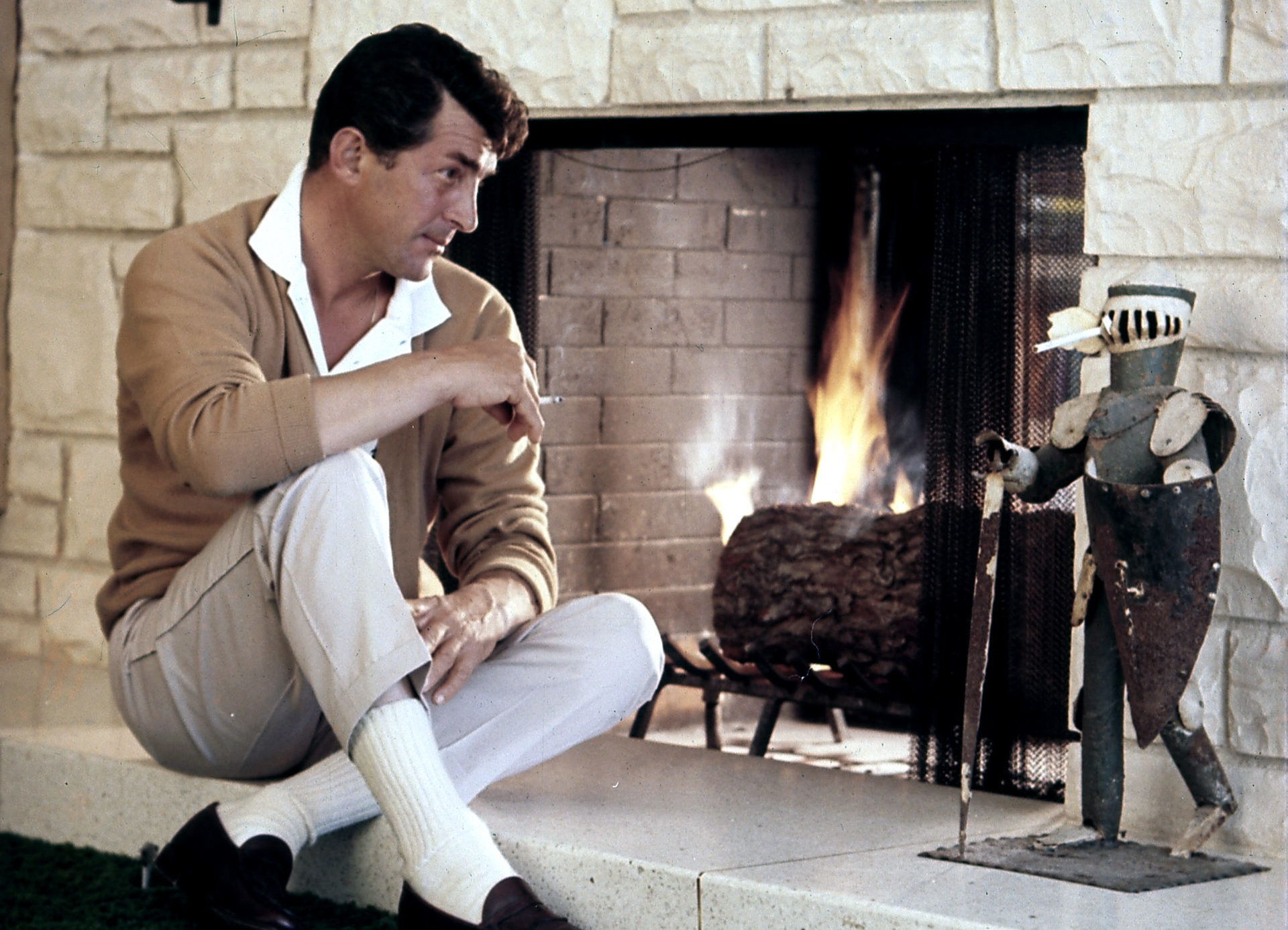 Dean Martin. Sixty-seven percent of survey respondents say people are too sensitive about the lyrics to "Baby, It's Cold Outside," a song Martin popularized. (Michael Ochs Archives/Getty Images)
By Sarah Shevenock

In what feels like a holiday tradition, the lyrics of the classic song “Baby, It’s Cold Outside” are once again in the news — this time for a new take on the tune. But new polling finds that most people are comfortable with the song, while many haven’t heard much about the new version. 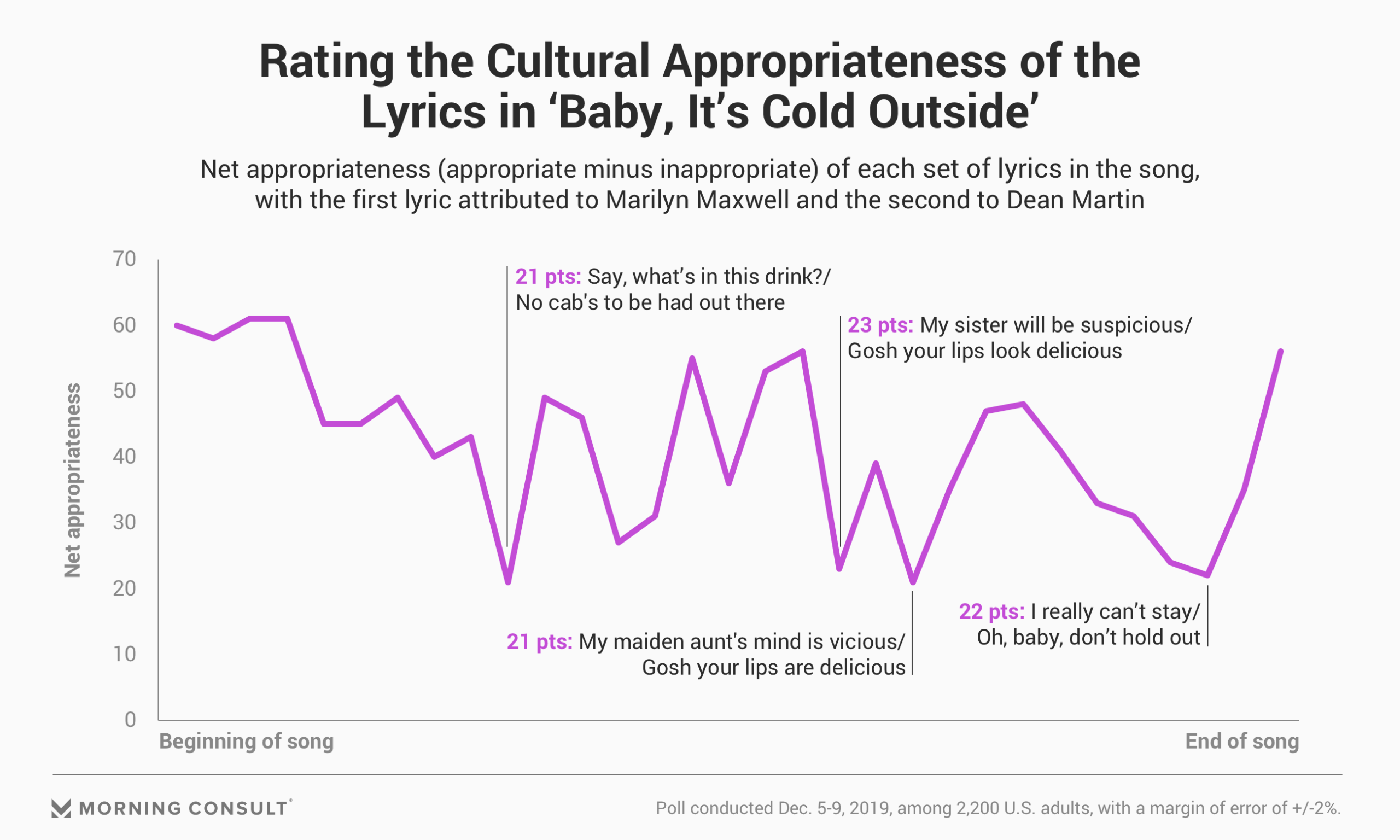 When compared to other holiday songs in the poll, “Baby, It’s Cold Outside” had a net favorability of 54 points, the second lowest of the included songs.

This year, singer John Legend and comedian Natasha Rothwell rewrote some of the song’s lyrics, changing the line “The neighbors might think (Baby it’s bad out there)/ Say what’s in this drink? (No cab’s to be had out there)” to “What will my friends think? (I think they should rejoice)/ If I have one more drink? (It’s your body and your choice).” The lines “I simply must go (But baby, it’s cold outside) / The answer is no (But baby, it’s cold outside)” were updated as “I simply should go (Text me when you get home) / Oh, I’m supposed to say no (Mm, I guess that’s respectable).”

Forty-five percent of the 2,200 adults surveyed said they had heard nothing about the new version of the song, which was recorded by Legend and singer Kelly Clarkson, though 35 percent said they supported the updated lyrics.

But 44 percent said the song lyrics should not have been changed in Legend and Clarkson’s version. Legend recently told The Guardian that he “never disparaged the old version” and that the new version “wasn’t supposed to be preachy at all.” Legend noted that the song’s original writer — Frank Loesser — and his family get paid for Legend’s updated version.

Despite the controversy around the song, chances are it will continue to play for future holiday seasons: 67 percent of respondents said they think people are too sensitive about the original lyrics to “Baby, It’s Cold Outside.”