As impeachment proceedings against President Donald Trump head to the other side of the Capitol with the Senate’s upcoming trial, Morning Consult polling shows that it is still not harming perceptions of his job performance.

A new Morning Consult 50-state survey tracking Trump’s approval ratings in all 50 states and the District of Columbia found the share of registered voters who approve of him nationwide (43 percent) did not change from November, while the share of voters who disapprove of him (53 percent) fell by 1 percentage point in the month that brought his historic impeachment.

The findings, taken from surveys conducted Dec. 1-31 among 161,591 registered voters, marked Trump’s best net approval rating in 2019, driven by a modest improvement among independent voters since impeachment efforts launched in September, and his best showing among Republican voters since the first four months of his presidency. 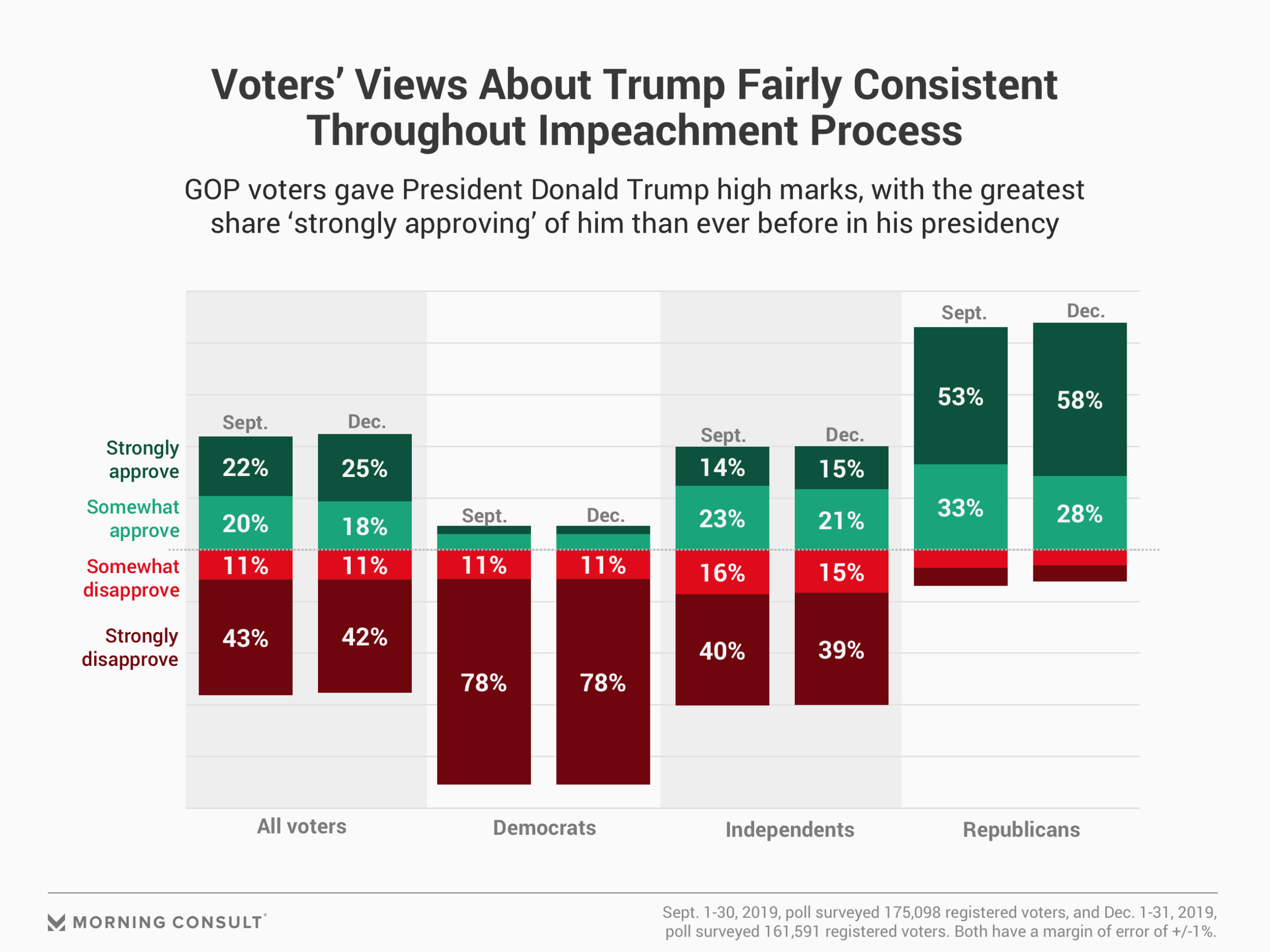 Impeachment has helped fill the Trump campaign’s coffers in recent months, and the latest data speaks to some of that enthusiasm: For the second month in a row, a record number of GOP voters (58 percent) strongly approved of the president’s job performance, up 2 points from November and 5 points from September.

Across the country, Trump’s net approval is underwater outside of the margin of error in 26 states — including Michigan, Pennsylvania and Wisconsin, which are viewed as key to his re-election prospects.

While state-level margins of error vary by state, the national data has a 1-point margin of error. 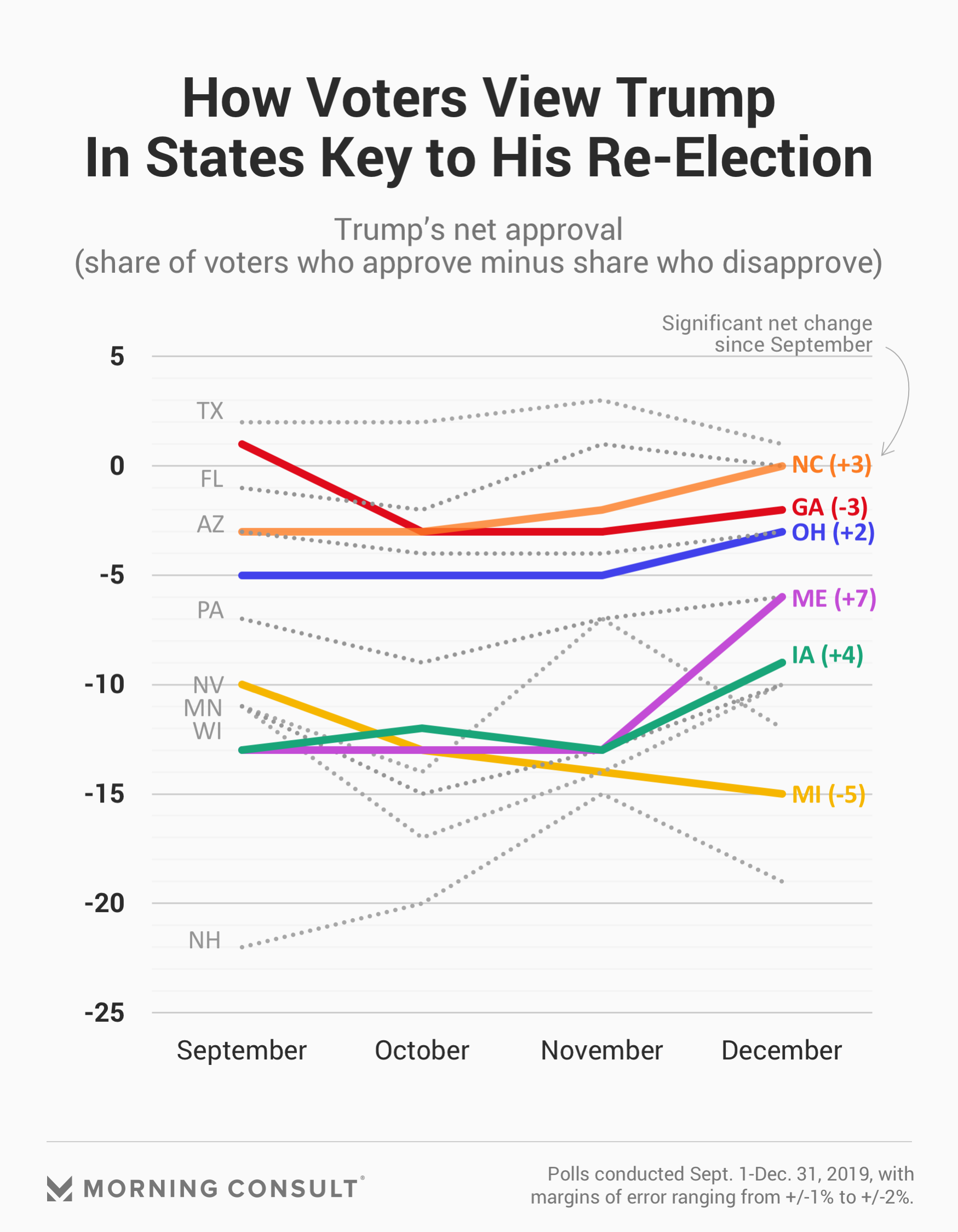 Among states being watched closely ahead of this fall’s election, Trump saw the best month-to-month improvement in his approval in Maine, which splits its Electoral College votes and is home to GOP Sen. Susan Collins, among the most vulnerable senators up for re-election this year. Forty-six percent of Maine voters approve of Trump and 52 percent disapprove.

Trump received positive ratings from voters in 15 states, with his best marks coming in Wyoming, Alabama and West Virginia. Notably, he’s treading water in Texas and Georgia — two places that have been friendly to the GOP in the past but where Democrats sense opportunity.

In Florida, Trump’s newly declared homestate, which he won in 2016 by just over 1 point, 48 percent of voters approve of him and 49 percent disapprove.