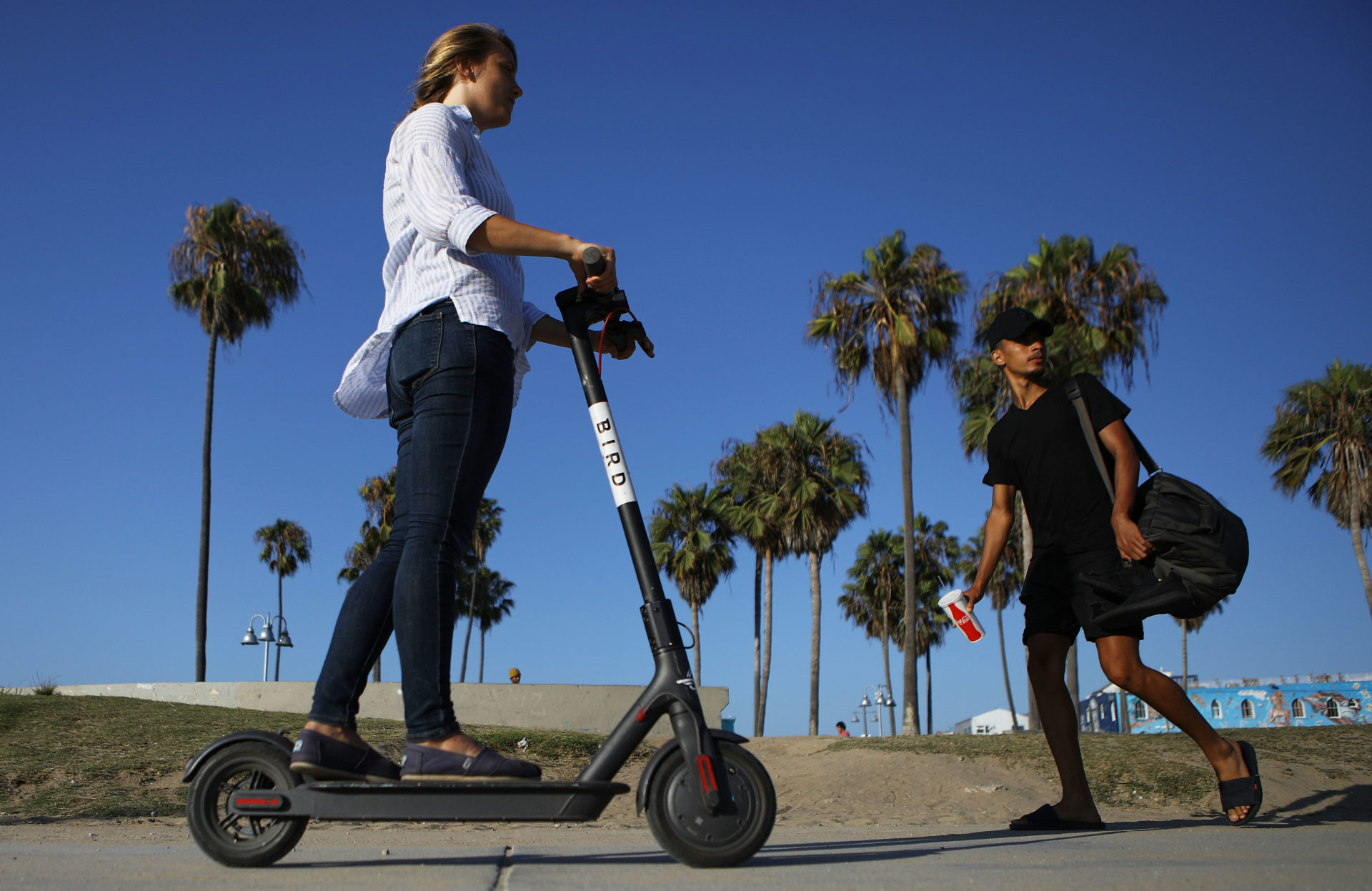 After publishing its first white paper examining regulations of dockless e-scooters, a Washington e-commerce group representing the likes of Google, Lyft Inc. and Airbnb Inc. said it expects to lean more into micromobility issues in 2020.

NetChoice, which also includes e-scooter company Lime among its members, will release its guidelines Tuesday on how city officials should approach e-scooters, including proposals related to scooter curfews, speed limits and geofencing. The proposal makes NetChoice one of the few Washington tech groups focusing on a space typically saturated by transportation advocacy groups and city officials.

Carl Szabo, vice president and general counsel at NetChoice, said in an interview that over the past few years, the trade association’s micromobility advocacy has consisted of meetings with city and state officials, appearances at local city council meetings and newspaper op-eds, with those efforts expected to increase in 2020.

While a spokesperson said the group is still sizing up which markets and lawmakers to specifically target, NetChoice is more likely to be attracted to cities with restrictive policies, such as limits on scooter speed, riding locations or permitting for providers. As an example, the spokesperson cited a curfew in Cleveland, where residents can’t rent a device after 7 p.m.

“What I’m hoping is that city officials take a look at this paper and then take a look at themselves in the mirror and realize that some of the rules and restrictions they’re putting down are just silly and pull them back,” Szabo said.

NetChoice’s expected increased work differs from that of the Consumer Technology Association, which counts Uber Technologies Inc., Bird Inc., Lyft and Lime as members and is one of the only other D.C.-based tech groups working on these issues. CTA has not undertaken much direct advocacy work, but included micromobility issues as a primary measure in its 2020 U.S. Innovation Scorecard report.

Jamie Boone, CTA’s vice president of government affairs, said in a statement that regulations and standards on the topic “should be balanced and responsible — and not stand in the way of innovation.”

But Nicole Payne, the program manager overseeing micromobility issues at the National Association of City Transportation Officials, said that although working with companies and industry groups is essential, regulation of scooters, bikes and other alternative mobility devices is best left to cities.

Payne said it’s important to ensure cities remain the main regulators of these devices, especially with an increasing number of industries entering the micromobility space within the past few years and more scooter-share and bike-share programs launching through private actors rather than as city projects.

“Right now, there is a lot of VC money, so it’s not totally surprising that tech advocacy groups are throwing their hats in the ring,” she said.

Related: Shared Scooter Rentals in Cities Are Fueling the Market for Personal E-Scooters

NetChoice is advocating a more general approach to micromobility regulation, rather than limiting restrictive policies to scooters. Szabo said such policies targeting scooters alone have been developed out of fear of the new transportation device entering markets, likening it to the regulatory pushback faced by bicycles when they were popularized in the early 1900s.

This story has been updated to include the link to NetChoice’s white paper.

Correction: A previous version of this story misquoted Payne on VC money.