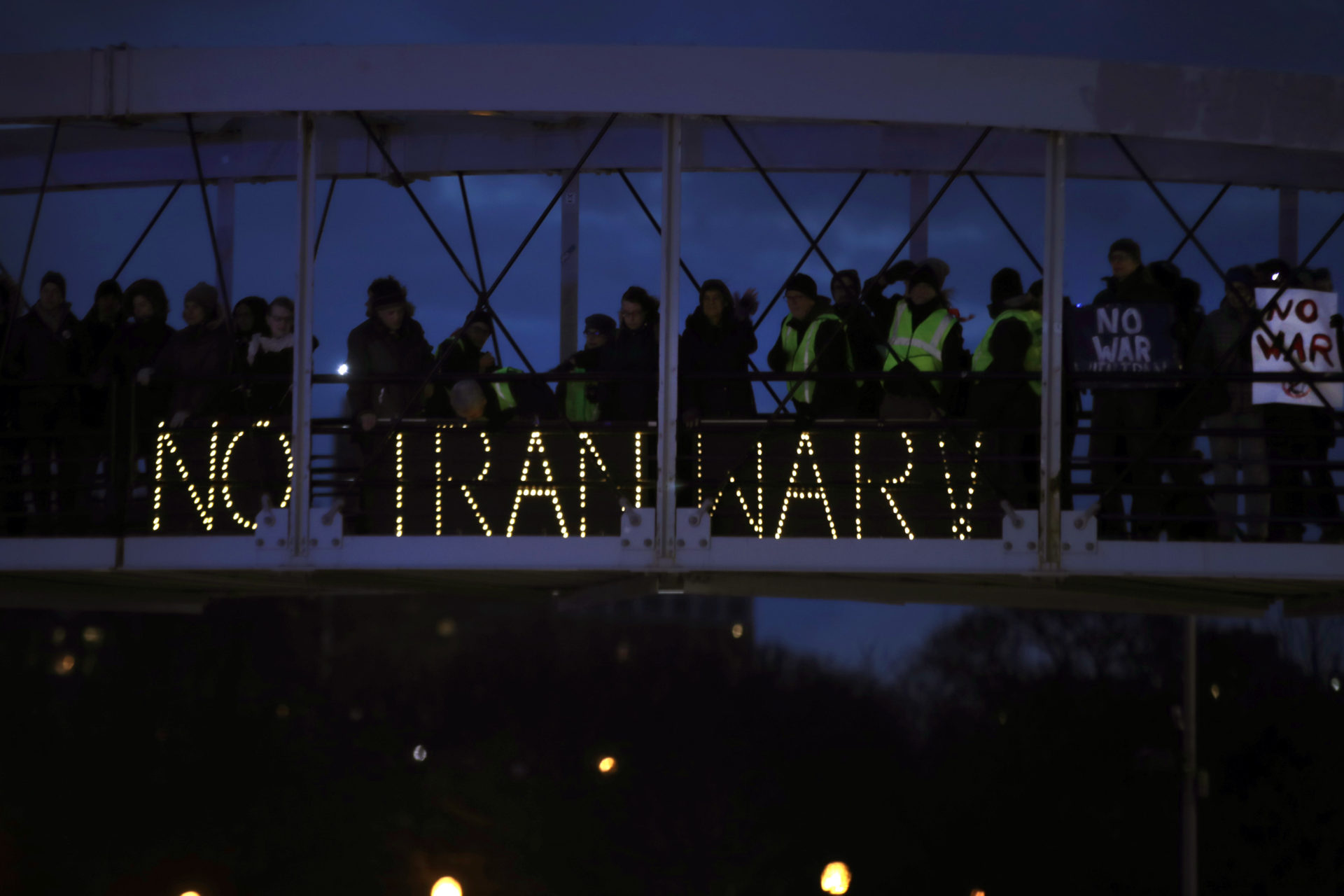 Demonstrators protest the possibility of war with Iran from a pedestrian bridge over Lakeshore Drive during rush hour on Jan. 9, 2020 in Chicago. (Scott Olson/Getty Images)
By Claire Williams

Americans might be politically polarized, but they’re on the same page for at least one thing: Everyone feels less economically confident amid the most recent conflict in the Middle East.

Transcending political beliefs, approval of President Donald Trump and even where one lives in the United States, consumer sentiment has dropped sharply across the board on a weekly basis since Americans learned of the U.S. strike that killed top Iranian commander Gen. Qassem Soleimani in Iraq, according to an analysis of Morning Consult Economic Intelligence data.

Consumer sentiment dropped 2 points to 112.8 for the week ending Jan. 12, the first weekly decline since early October. Consumer confidence took an initial hit but has since stabilized and remains elevated compared to the previous two years Morning Consult has collected the data.

Notably, consumer confidence fell among both those who approve (1.4 points) and disapprove (2.3 points) of Trump.

Political leanings can influence how consumers view the economy;  throughout his presidency, for example, those who disapprove of Trump have been more likely to score lower on the consumer sentiment index, while the opposite is true for those who approve of him. And sometimes, different demographics will move in opposite directions depending on various geopolitical and other pressures.

The U.S.-Iran conflict, however, drove consumer confidence uniformly down across the board.

Regarding the political spectrum, consumer sentiment fell the most among moderates at 2.4 points, followed by liberals at 2.1 points and conservatives at 1.2 points.