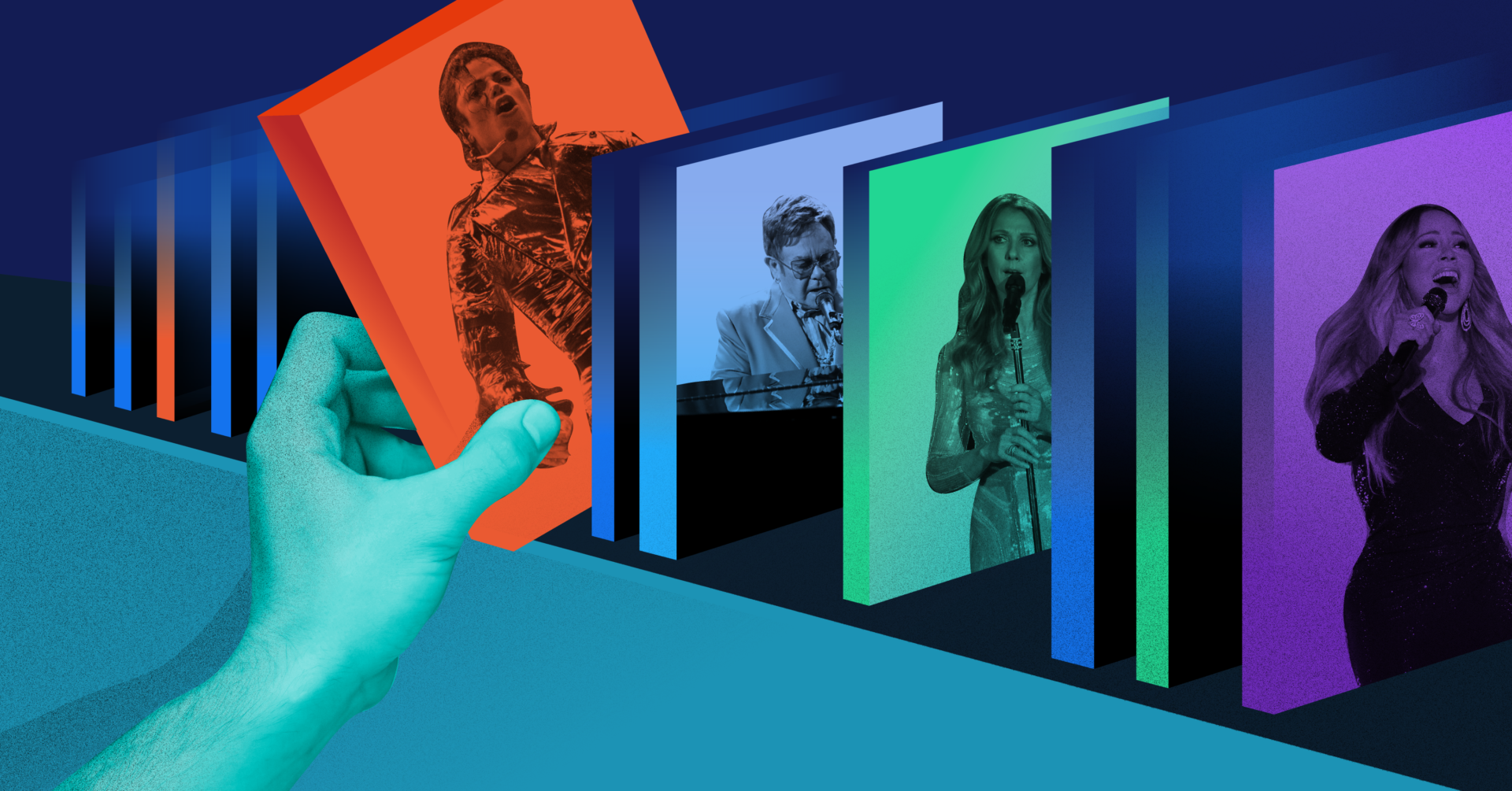 The only question more divisive than “who are you voting for?” may be “what’s your favorite movie?”

For example, fans for former Vice President Joe Biden are disproportionately more likely to also be fans of “Fast & Furious Presents: Hobbs & Shaw” compared to the supporters of Sen. Elizabeth Warren (D-Mass.) or Pete Buttigieg of Indiana. And those who back Sens. Bernie Sanders (I-Vt.) or Warren were much more likely than Buttigieg’s supporters to favor “Joker.”

While the link between entertainment and political tastes may not be immediately obvious, Johanna Blakley, managing director of The Norman Lear Center at the USC Annenberg School for Communication and Journalism, said that looking at the connection between people’s political and media preferences can offer important information for media companies and advertisers regarding audience segmentation and how to make better, more targeted content.

“Once you figure out where certain people are tuned in, you know you can place your ads there, or you can try to create content that mimics the content that they really enjoy,” she said.

When looking at the film preferences of Biden supporters, Kendall Phillips, a professor at Syracuse University’s department of communication and rhetorical studies, noted that the diverse fan base of the “Fast & Furious” franchise correlates with Biden’s group of supporters. According to Morning Consult 2020 election tracking data, Biden has a higher share of African American supporters than either Buttigieg or Warren, and in the November poll, African Americans were 20 points more likely than whites to favor the film series. (The poll has a margin of error of 2 percentage points.)

As for Warren and Sanders supporters’ disproportionate preference for “Joker” — a film Blakley described as a “political movie about disenfranchisement and about class” — Phillips noted the film’s themes jibes with some of the senators’ political rhetoric.

Sanders supporters were much more likely than Warren supporters to like Marvel’s first female-led superhero movie, “Captain Marvel, ” a finding that surprised Blakley. “Captain Marvel,” as a “feminist reimagining of superheroes,” seems to parallel Warren’s campaign, she said.

“A lot of people are positioning her as a kind of feminine superhero who’s going to overcome all the odds against her and be the first female president,” she said.

The data also shows that Buttigieg and Biden supporters are much more likely, at 72 percent and 70 percent respectively, to be over the age of 45, which was reflected in their television preferences: Supporters of Buttigieg were more likely to be fans of “Jeopardy!” than Sanders supporters, while Biden voters had a net favorability of 53 points for CBS’ hit procedural “NCIS.” Both shows had more than 60 points of net favorability among those ages 65 and older.

Phillips said that Biden’s supporters might lean to the more traditional side in terms of pop culture preferences, likening the group to “CBS Thursday night programming — the least offensive thing on the planet.”

He added that the preferences of Sanders supporters highlighted things that would be enjoyed by young people (of the four candidates, Sanders has the highest share of supporters ages 18-29, at 33 percent).

The tastes of Warren supporters, who are disproportionately more likely to prefer “Saturday Night Live” and “The Office,” echo those of college graduates. Those with a bachelor’s degree were 8 points more likely than those without a degree to view “Saturday Night Live” favorably, and the difference was even greater when looking at “The Office,” with college graduates being 14 points more likely to view the sitcom in a favorable light. Fifty-five percent of Warren’s supporters have at least a bachelor’s degree, according to Morning Consult election tracking data.

Buttigieg supporters stood out in their preference for Elton John when compared to those who said they would support Biden, Sanders or Warren — something Phillips said could once again be attributed to the age of Buttigieg supporters, as John gained popularity and released many of his hit songs in the 1970s and 1980s.

Sanders supporters, on the other hand, disproportionately favored rapper Eminem.

Age could again be a factor, Phillips said, but it’s possible that Eminem and the Vermont senator are tapping into the same feelings.

“Bernie Sanders is running a provocative, in-your-face, angry-at-the-system campaign,” Phillips said. “For voters who are leaning in that direction, music like Eminem’s is probably going to resonate with the feelings that they’re having.”

Phillips said this data highlights a divide within the Democratic Party.

“If I was to draw a line,” he added, “it would be Biden and Buttigieg in that safer, slightly nostalgic gesture back to the way things used to be.” As for Sanders and Warren supporters, he said, “they seem to be people that want to push things a little further, a little more forward.”