Affordable Care Act has reduced disparities in uninsured rates and other health care metrics, according to new Commonwealth Fund report 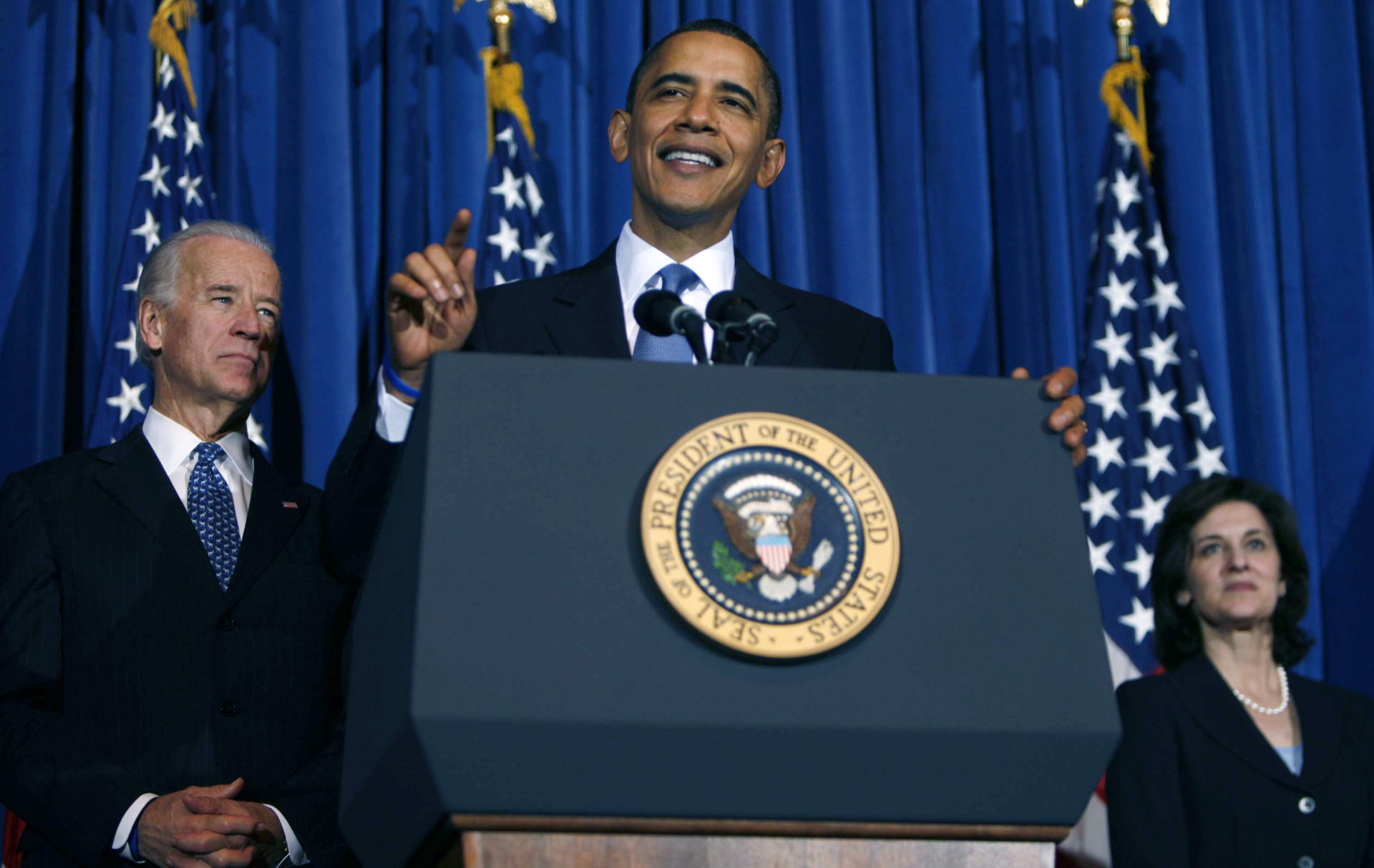 President Barack Obama speaks about the passage of the Affordable Care Act at the Department of the Interior on March 23, 2010 in Washington, D.C. A Commonwealth Fund report found that uninsured rates from 2013 (right before ACA provisions took effect) to 2018 fell among white, black and Hispanic adults. (Dennis Brack/Getty Images)
By Sara Wilson

Despite inaction at the federal level to protect its provisions and efforts from conservative lawmakers to dismantle it, the Affordable Care Act has succeeded in helping reduce racial disparities within health care access, a new study from the Commonwealth Fund found.

Black adults living in states that expanded Medicaid eligibility under the ACA are more likely to have health insurance than white adults living in states without expanded Medicaid coverage, according to the report, which the nonpartisan health care policy foundation conducted using data from the federal American Community Survey and the Behavioral Risk Factor Surveillance System.

The study compared uninsured rates, cost-related health care avoidance and access to a usual source of care from 2013-18 among white, black and Hispanic adults in states that adopted Medicaid expansion to those that have not. 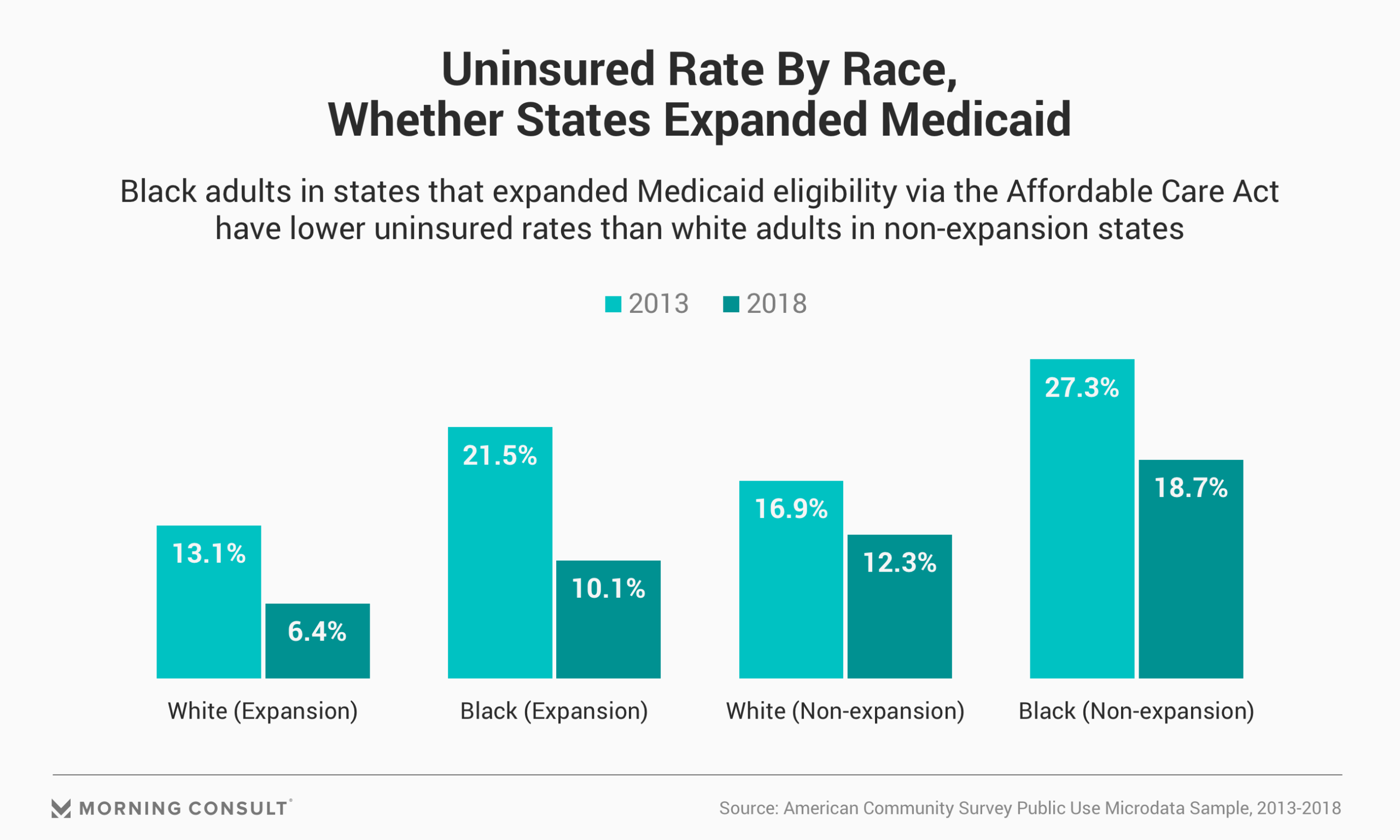 Though the study shows that black adults have benefited significantly from Medicaid expansion, 46 percent of them live in the 15 states that had not yet expanded when the report was conducted. In non-expansion states, most of which are in the South, 18.7 percent of black adults were still uninsured as of 2018.

After Louisiana adopted expansion in 2016, coverage for both black and white adults who earn below 200 percent of the federal poverty level increased rapidly when compared to nearby Georgia, which has not expanded coverage. The uninsured rate in Louisiana for black adults earning below 200 percent of the poverty line dropped to 14 percent from 42, and the rate fell to 16.5 percent from 37.7 for similarly earning white adults. Meanwhile, in Georgia, uninsured rates in both demographics dipped slightly from about 40 percent to roughly one-third, with slight increases since 2016.

Despite this demonstrated improvement, the report noted that progress in improving insured rates has stalled since 2016. The repeal of the individual mandate penalty, lack of legislative action to strengthen ACA protections and reductions in federal funding for enrollment outreach could have hampered continuation of the trend, according to the authors of the study.

“Unfortunately, progress has stalled and even eroded since 2016,” said Jesse Baumgartner, a Commonwealth Fund research associate and co-author of the report. “This has occurred alongside congressional inaction with no further legislation passed since 2010 to enhance the ACA. It has also coincided with recent legislation and executive actions that have negatively affected coverage.”

The authors of the study emphasized that although racial disparities in coverage have narrowed, there is still “significant work” to do in the health care delivery system itself.

“We know coverage is the most important aspect in people’s ability to access health care,” Collins said. “It removes the financial barrier to getting care. It’s a necessary condition, but it’s not sufficient to ensure high-quality care.”