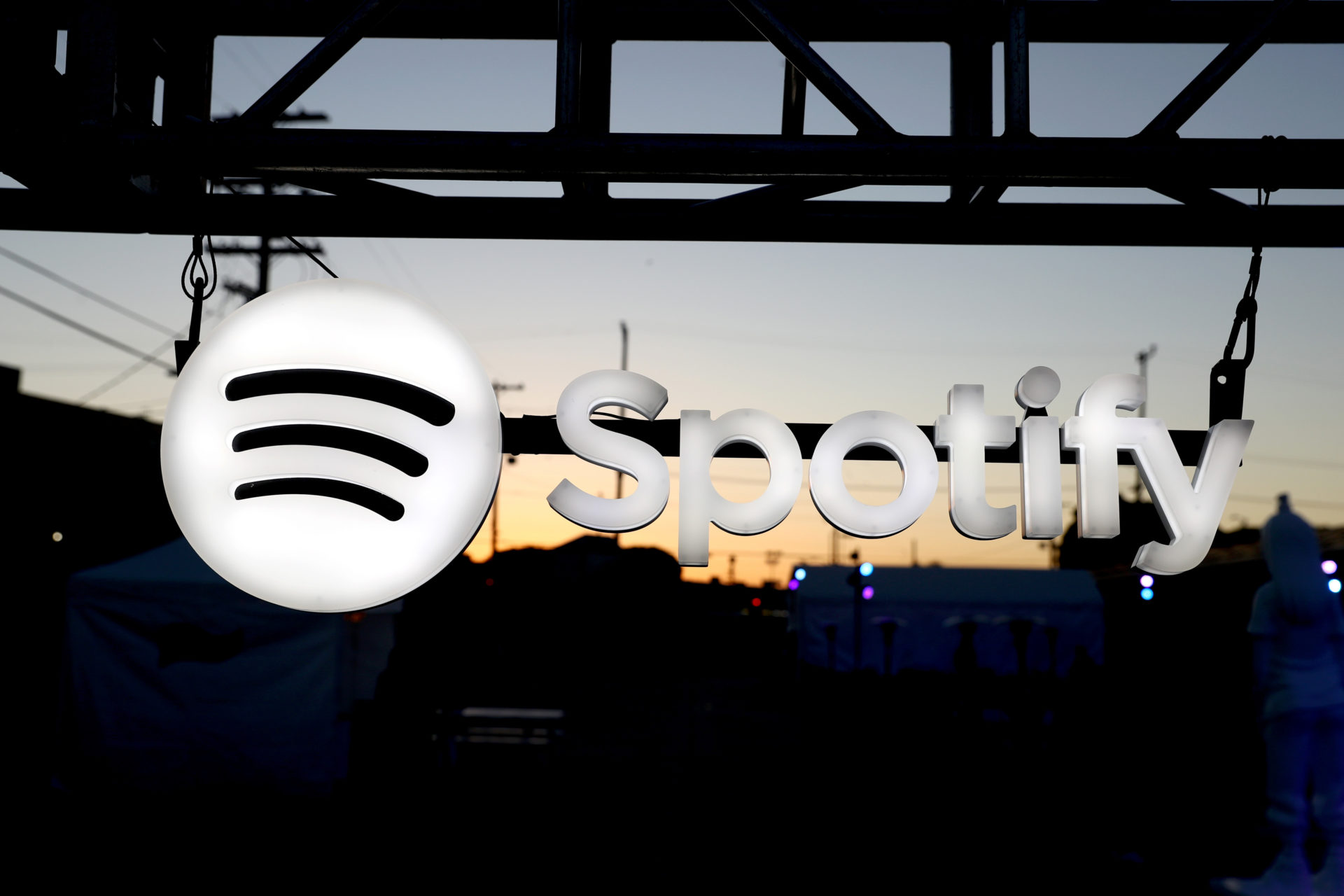 Signage seen as Spotify presents The Billie Eilish Experience at The Stalls at Skylight Row on March 28, 2019, in Los Angeles. Streaming is the preferred way to listen to music for 59 percent of young adults, and 31 percent of adults overall, according to a recent poll. (Joe Scarnici/Getty Images for Spotify)
By Sarah Shevenock

Streaming is dominating the discussion around this television and film awards season, and it looks like it may do the same for the music industry ahead of the Grammys, with more than half of young consumers saying they prefer to stream their music and a slim majority saying they stream music every day. 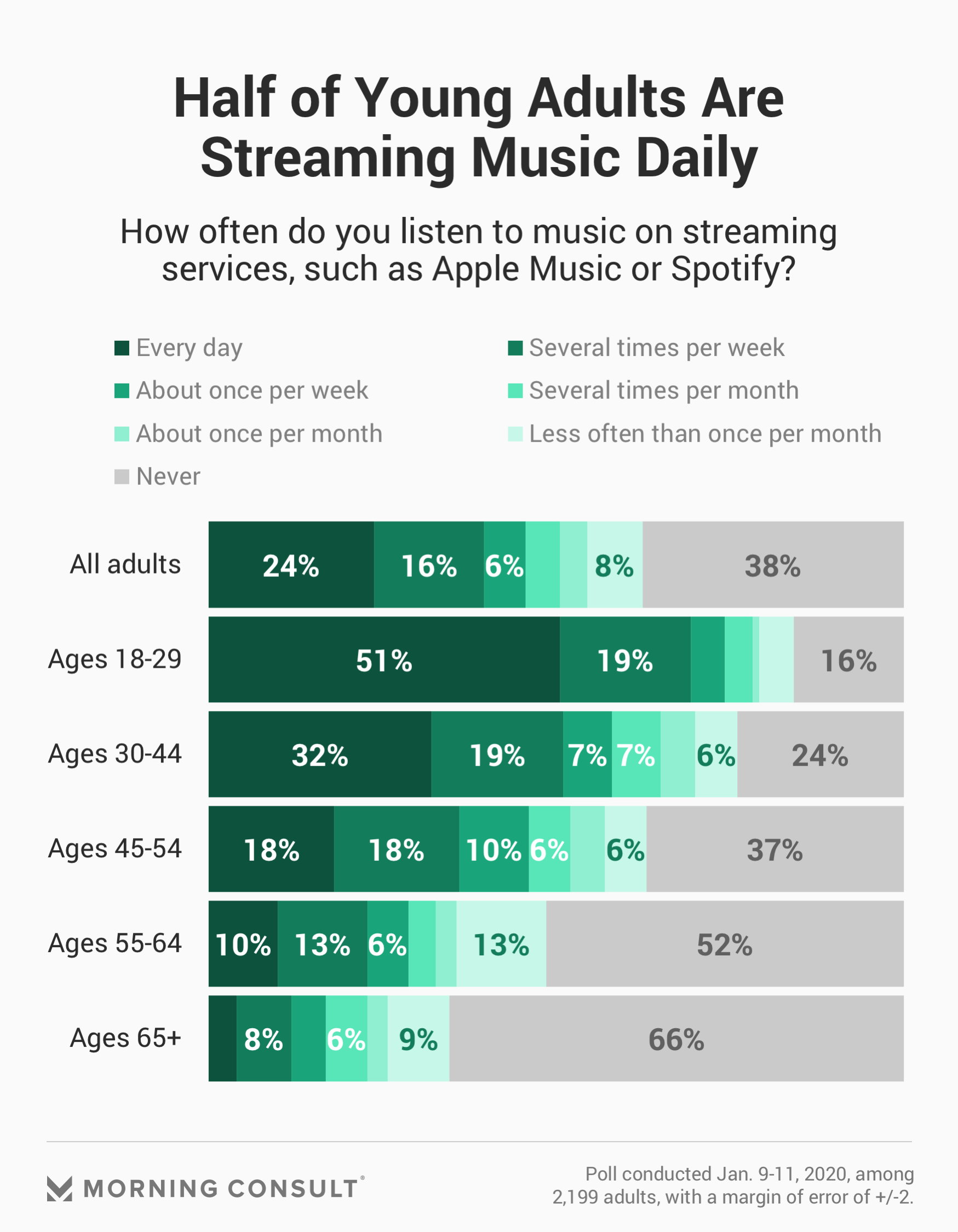 A Jan. 9-11 Morning Consult/The Hollywood Reporter survey found that nearly one-third (31 percent) of the 2,199 U.S. adults surveyed said their favorite way to listen to music was via streaming services, such as Apple Music or Spotify. Among adults ages 18-29, that share climbed to 59 percent.

Just over half (51 percent) of the 426 adults in the age 18-29 demo said they listened to music on streaming services every day — more than twice the share of adults overall who do the same (24 percent). Nearly one-third (32 percent) of those ages 30-44 also said they streamed music every day.

As younger consumers gravitate toward streaming, they are helping to determine what rises to the top of streaming platforms.

According to Spotify, Post Malone was the most-streamed artist last year, followed by Billie Eilish. Malone’s “Sunflower,” featuring Swae Lee, was the third most-streamed song of 2019, while Eilish’s “bad guy” came in at No. 2. And Eilish’s 2019 album, “When We All Fall Asleep, Where Do We Go?” was the top-streamed album on the service. Eilish was also named as Apple Music’s inaugural Global Artist of the Year and has written and will perform the theme song for the upcoming James Bond film, “No Time to Die.”

Eilish and Malone are nominated for six and two Grammys this year, respectively, and were also named as two of Nielsen Music’s breakthrough artists in 2019.

But just because consumers are streaming music doesn’t necessarily mean they are interested in buying it: Fifty-eight percent of adults said they never buy music albums and 63 percent said the same about singles.