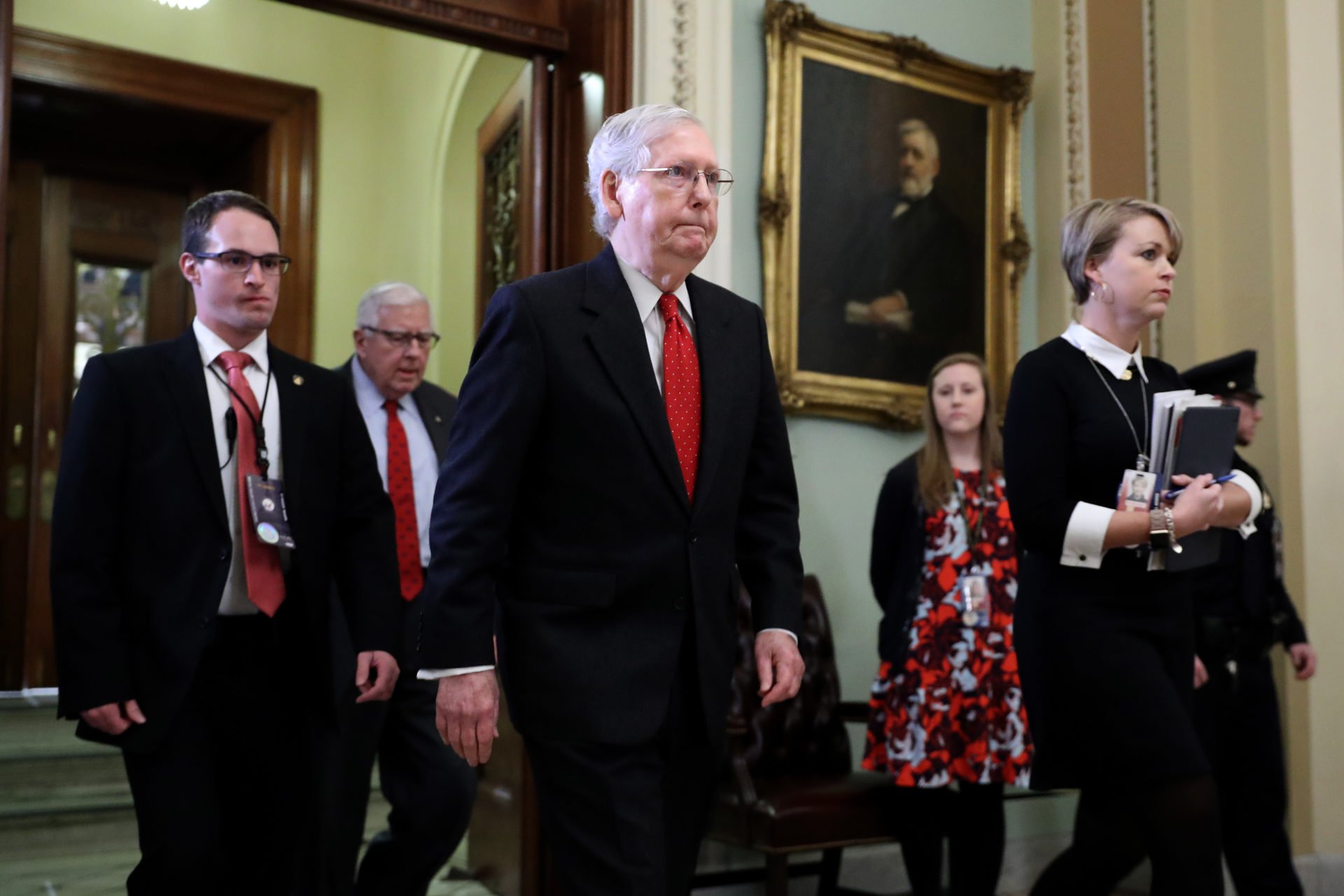 With the Senate’s impeachment trial over the fate of President Donald Trump underway in earnest, a new Morning Consult/Politico survey finds voters more closely divided than ever on whether the president should be removed from office.

The Jan. 17-19 poll found 47 percent of registered voters would approve if the Senate removed Trump from office, tying a Morning Consult record low, while a record-high 45 percent said they’d disapprove of his removal. The gap between the two figures is within the survey’s 2-percentage-point margin of error. 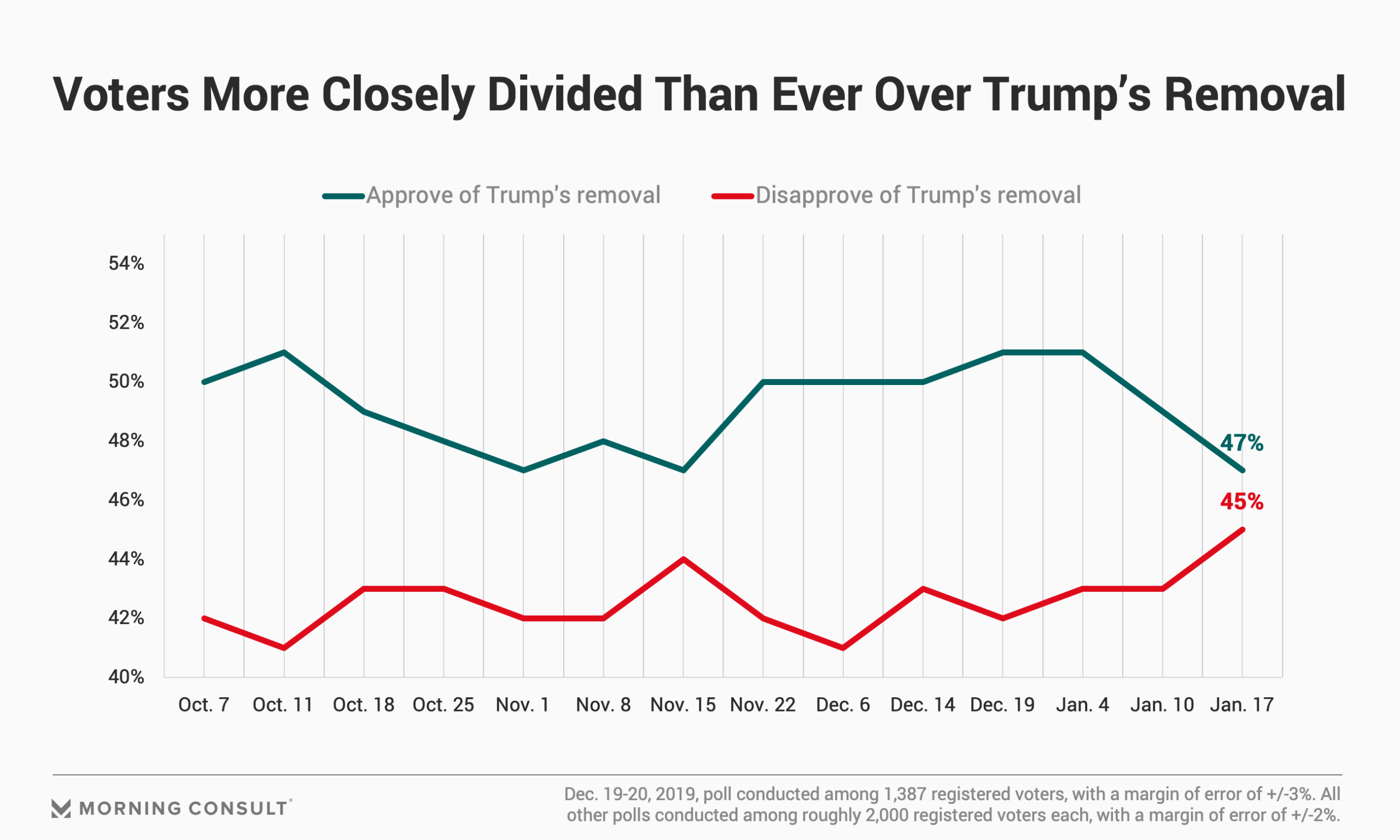 Eighty-four percent of Democrats back Trump’s ouster, and 88 percent of Republicans oppose removing him from office — a Morning Consult record high. Independents were split, with 43 percent approving and 43 percent disapproving.

While Trump’s acquittal at the end of the trial is not believed to be in doubt given Republicans’ 53-seat majority, the question of whether the Senate proceedings will include additional testimony is still an open one. The latest survey found the public firmly on the side of Senate Democrats, who are hoping to ask current and former administration officials about Trump’s alleged withholding of aid from Ukraine’s government. Republicans voted Tuesday night along party lines, 53-47, in denying Democrats’ efforts to subpoena acting White House chief of staff Mick Mulvaney and former national security adviser John Bolton.

Fifty-seven percent of voters back hearing additional testimony during the trial, compared with 24 percent who say the Senate should not call additional witnesses to testify. The backing for more witnesses is up 3 points since Morning Consult first asked the question in December, while opposition is down 3 points since then.