Former New York City Mayor Michael Bloomberg grew his nationwide support another 2 percentage points in the latest poll, bringing him to 12%, just behind Sen. Elizabeth Warren’s 14%. Over the past month, the billionaire has doubled his first-choice support among Democratic primary voters, and though he initially struggled with black voters, he has more than doubled the share of these voters who say he is their first choice (4% to 10%). 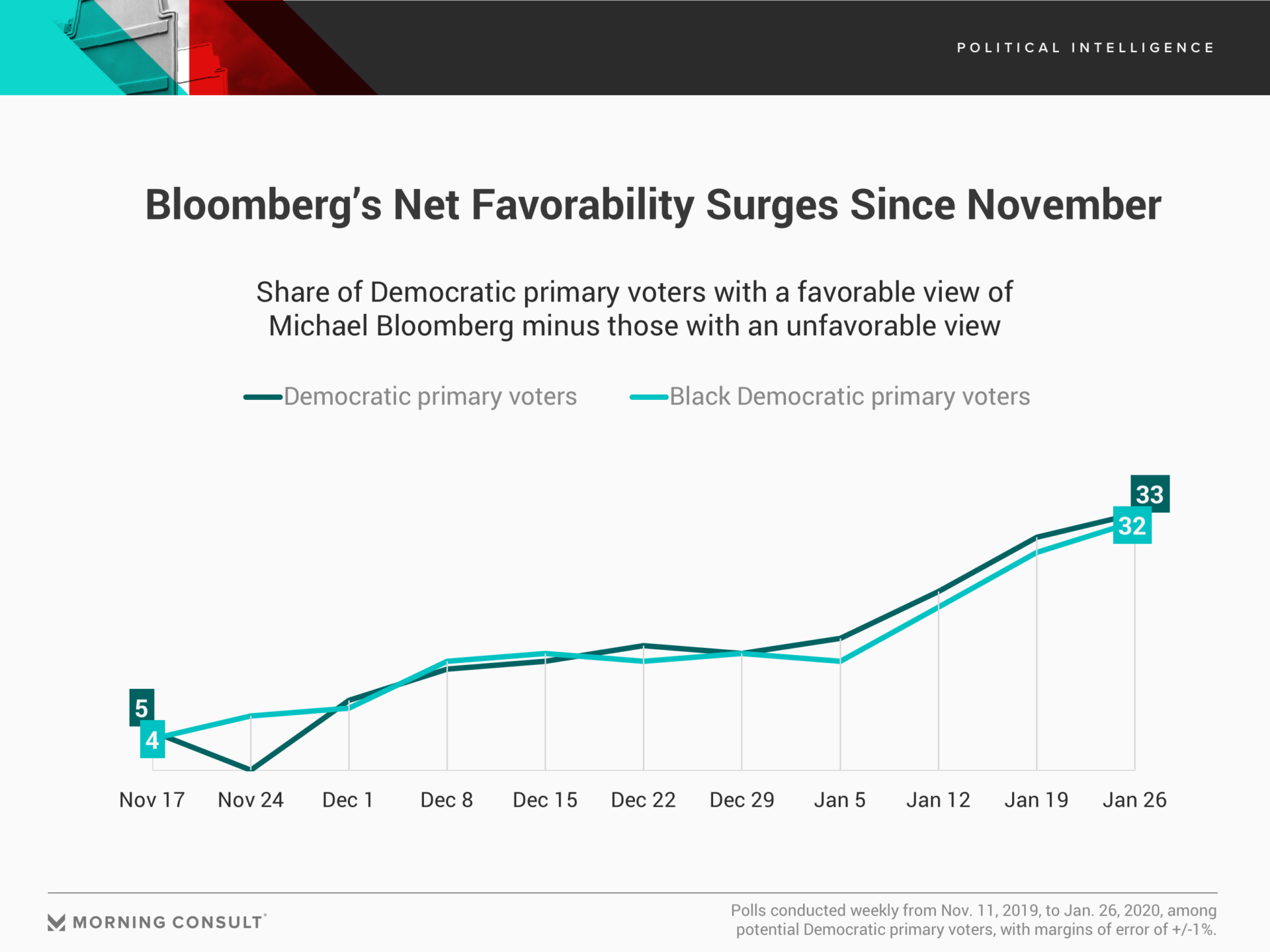 Morning Consult’s latest results are based on 41,997 surveys with registered voters, including 17,836 surveys with Democratic primary voters, conducted from Jan. 20-26, 2020.