For The New York Times, a Democratic Primary Endorsement With Little Impact 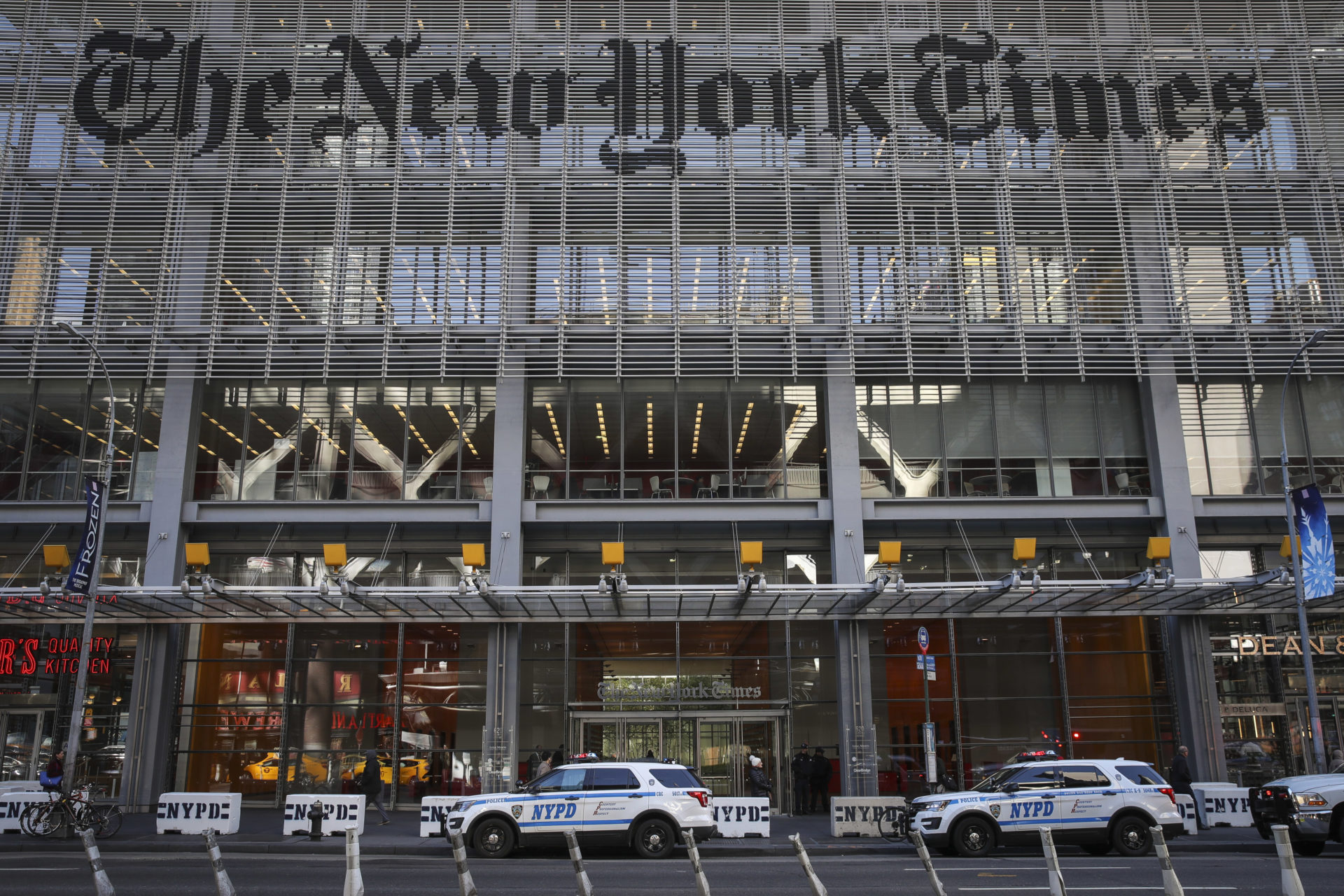 The New York Times's joint endorsement of Sens. Elizabeth Warren of Massachusetts and Amy Klobuchar of Minnesota did not measurably improve their support among Democratic primary voters, including those who said they read the paper. (Drew Angerer/Getty Images)
By Eli Yokley

Sens. Elizabeth Warren of Massachusetts and Amy Klobuchar of Minnesota saw no significant increases in support following their joint endorsement by The New York Times on Jan. 19, both among the overall Democratic primary electorate and among the paper’s readers.

But according to the latest Morning Consult polling tracking the Democratic primary, the paper’s endorsement preceded a boost in the share of voters nationwide with favorable opinions of Klobuchar as she and the candidates enter the last week before the first nominating contest in Iowa.

According to the Jan. 20-26 survey of 17,836 Democratic primary voters, Warren’s and Klobuchar’s standing among the Gray Lady’s readers was unchanged from the previous week’s poll, and mirroring their support among the broader primary electorate. 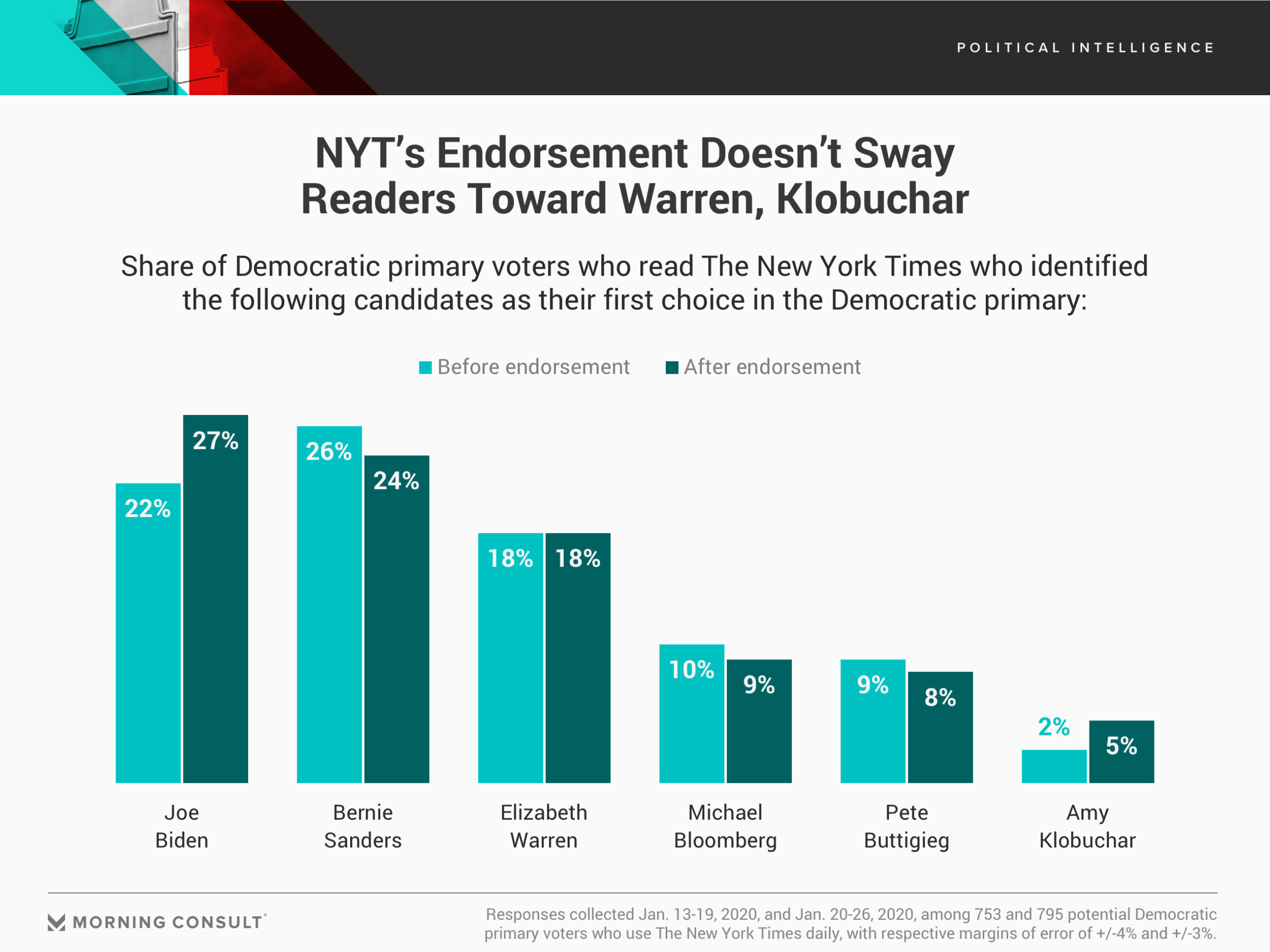 The paper’s readers account for less than 5 percent of the voters who indicated they may vote in the Democratic primary or caucus in their states. It’s a slightly larger share of the population than those who identify as readers of the other major national daily newspapers, The Wall Street Journal and The Washington Post, whose editorial pages have not picked sides in the Democratic contest.

In its nod to the two women, The Times identified Warren and Klobuchar as the candidates “best equipped” to lead the debate between two visions for the future of the Democratic Party. In the paper’s view, Klobuchar embodies a party that accepts Trump as an “aberration” and that a return to “normal” is possible, while Warren best represents the wing that wants the country’s political and economic status quo upended.

While the paper’s endorsement did not move support, it appears it may have had a positive impact on its readers’ views about Klobuchar. 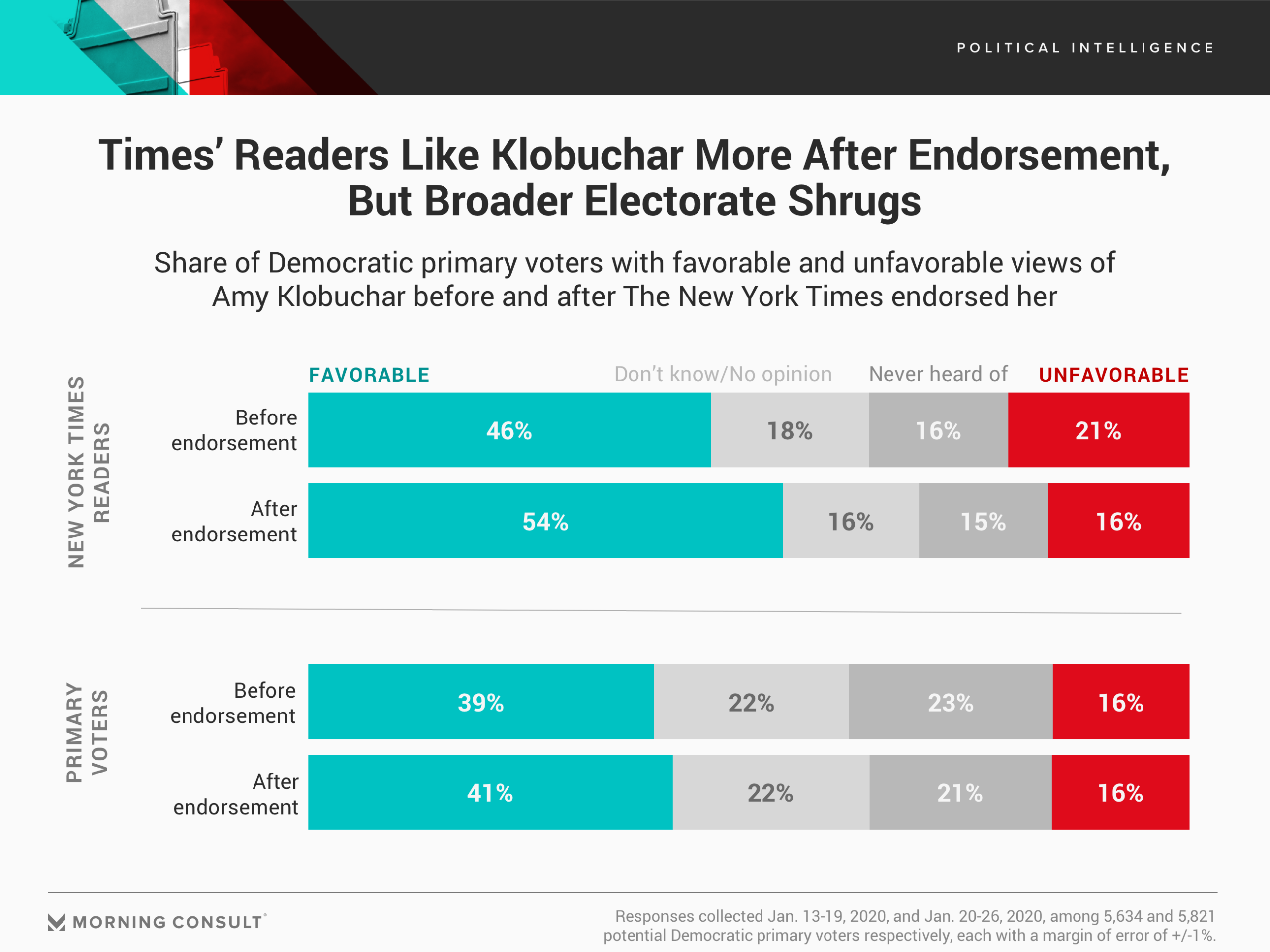 Compared with the polling conducted prior to The Times’ endorsement, the share of readers with favorable views of Klobuchar jumped 8 points, to 54 percent, while those who said they had unfavorable opinions of her fell 5 points, to 16 percent.