Half of Voters Say Trump Should Be Removed From Office 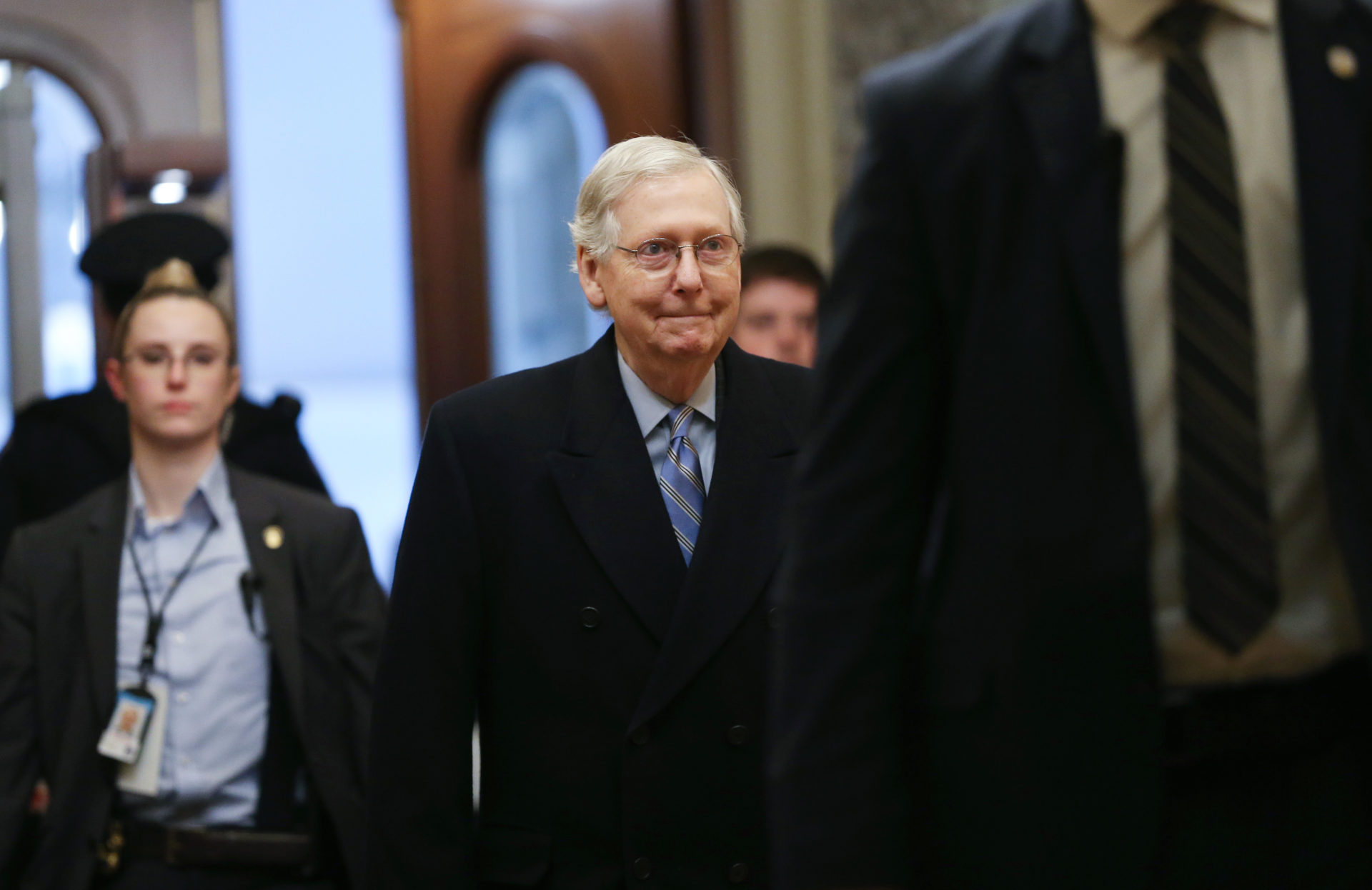 Senate Majority Leader Mitch McConnell (R-Ky.) arrives at the Capitol on Friday. As Senate Republicans glide toward a vote to acquit President Donald Trump in the coming days, a new poll finds half of voters think the president should be convicted and removed from office. (Mario Tama/Getty Images)
By Eli Yokley

The Senate appears set to acquit President Donald Trump in his impeachment trial next week, a move that is unlikely to sit well with half of the public.

According to a new Morning Consult/Politico poll, 50 percent of registered voters would approve of the Senate’s removal of Trump from office, while 43 percent would disapprove, matching voters’ views on the House’s December vote to impeach him.

The Jan. 29-30 poll was conducted after Trump’s lawyers and the House impeachment managers wrapped up their opening arguments on charges that Trump abused his presidential power in his dealings with Ukraine and obstructed the House’s impeachment investigation. 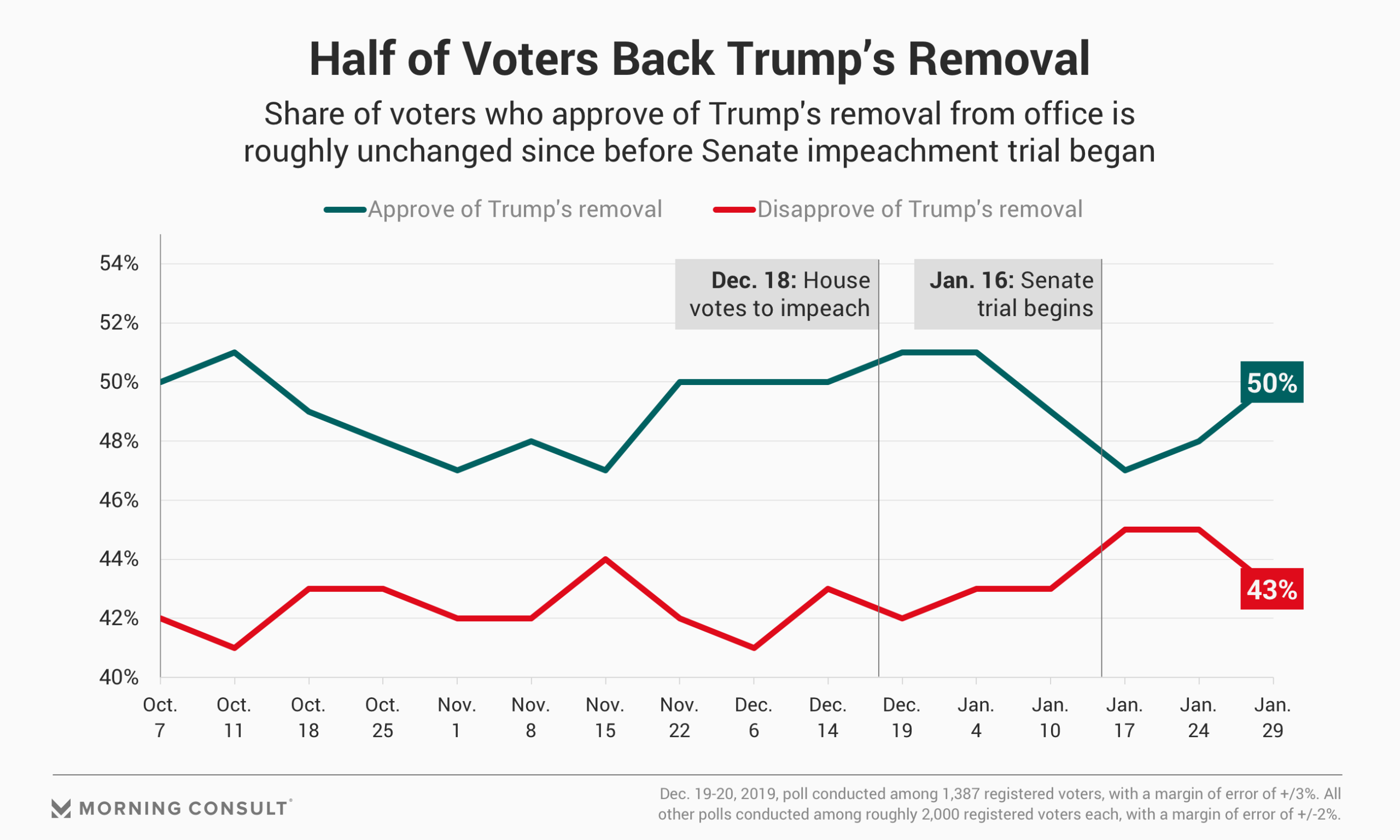 The nearly two-week trial resulted only in public opinion returning to where it was before it began. Compared to a survey conducted before Chief Justice John Roberts was sworn in to preside over the trial on Jan. 16, support is unchanged, as the figures are within the two polls’ 2 percentage-point margin of error.

Eighty-four percent of Democrats said they’d approve of Trump’s removal, compared with 82 percent of Republicans who would disapprove, unchanged from before the trial began. Independent voters (whose margin of error is 4 points) are split, 45 percent to 42 percent.

The Senate’s move also runs against the majority position of the public: Morning Consult has consistently found most voters in favor of hearing additional testimony during the Senate’s trial.

Republicans have responded to criticism of their position on witnesses by accusing House Democrats of rushing their end of the process, arguing that they should have gone through the process of securing Bolton’s testimony. While voters didn’t grade either party well on handling of impeachment, they do slightly favor Democrats, with 42 percent approving and 43 percent disapproving compared with 38 percent approval and 45 percent disapproval for Republicans.

Related: How Voters Grade Trump, Three Years Into His Presidency