Almost 3 in 4 Democrats, nearly half of Republicans had positive reactions to ad featuring Anquan Boldin 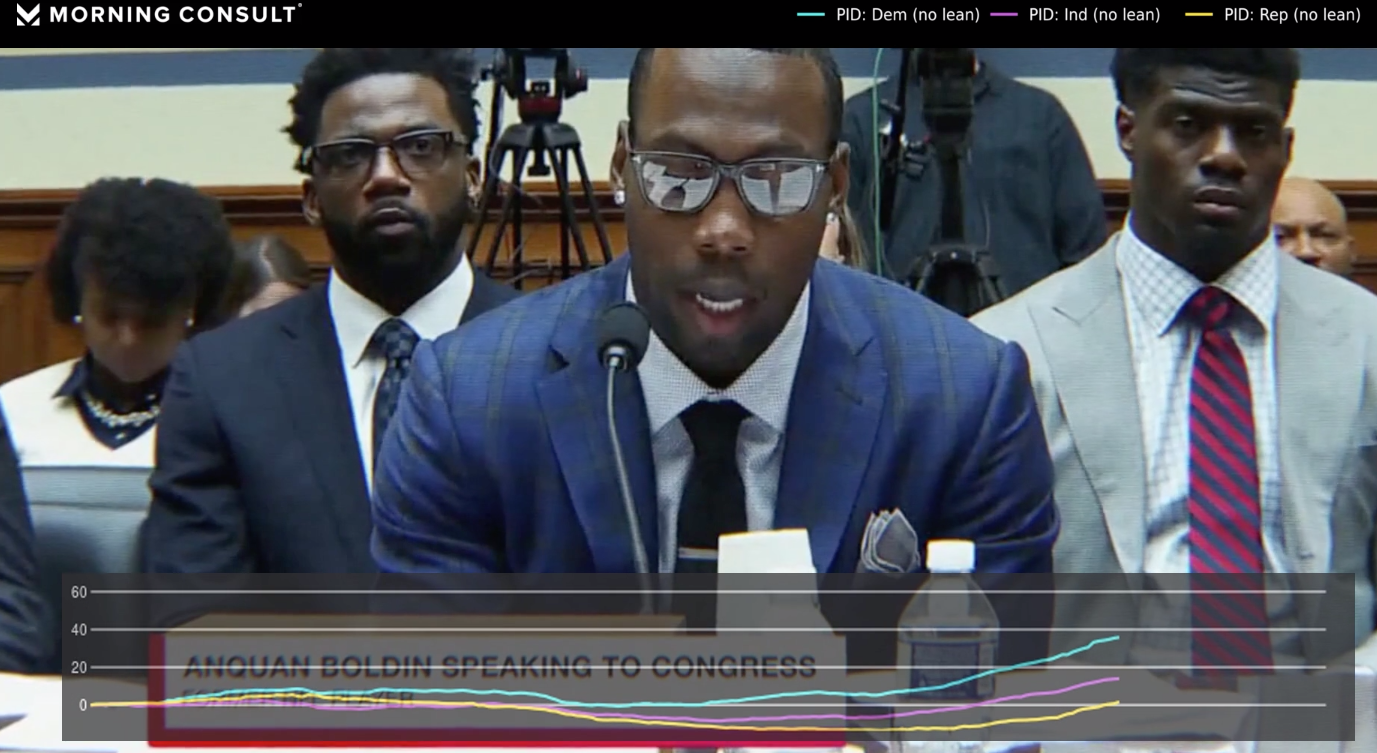 More than three years since Colin Kaepernick last took the field, the NFL took the uncharacteristic step of releasing two public service announcements ahead of Super Bowl LIV highlighting instances of police officers gunning down unarmed black men. While neither spot mentions the quarterback-turned-activist, who ignited a media firestorm by kneeling as the national anthem played before games during the 2016 season, the league intends to raise awareness of the very issue that inspired Kaepernick’s polarizing protests.

The first spot, which aired during Sunday’s big game and featured retired NFL receiver Anquan Boldin discussing the death of his cousin, Corey Jones, has drawn largely positive reactions from the public. According to a new poll from Morning Consult, 60 percent of U.S. adults have reacted positively to the PSA. 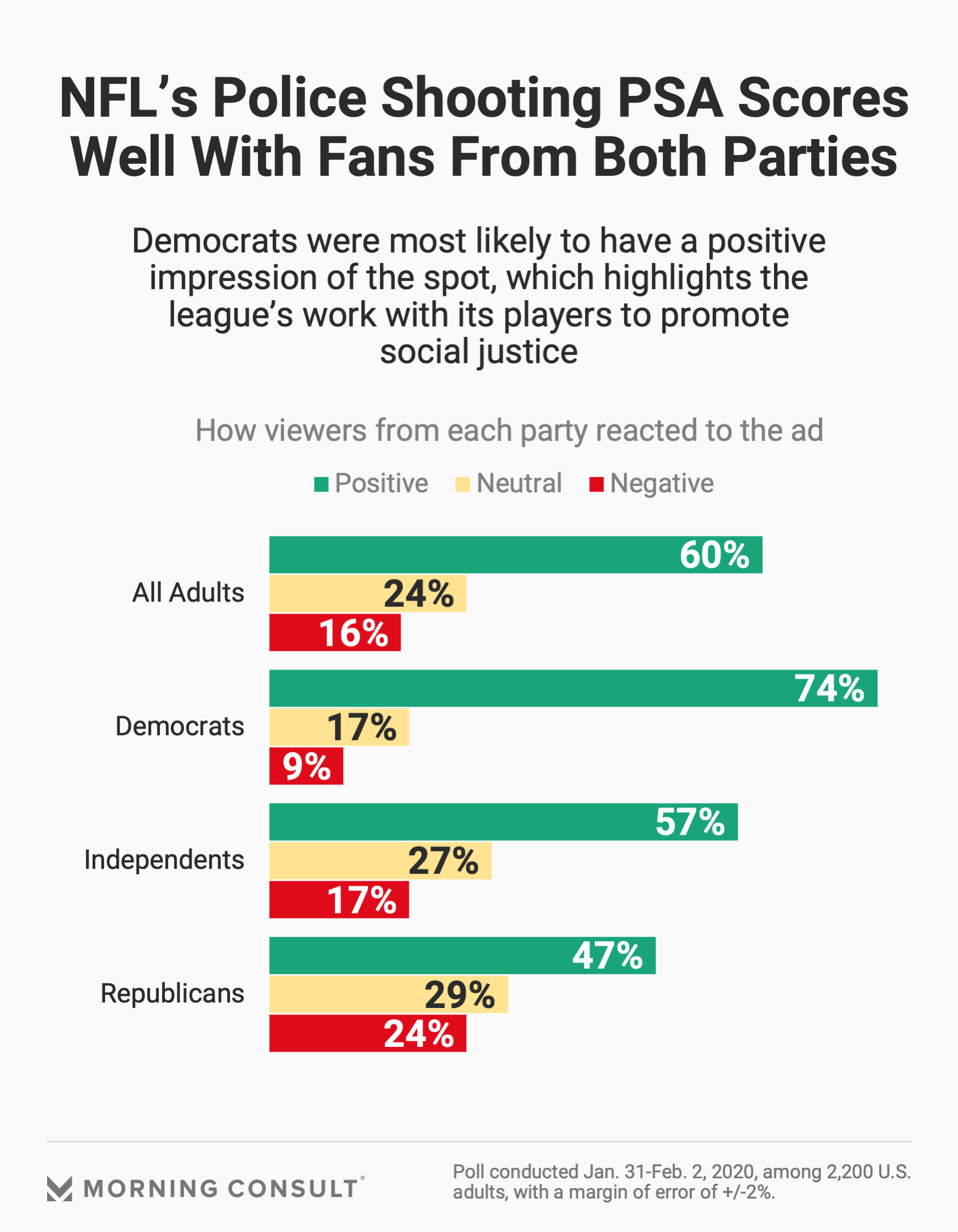 Though Kaepernick’s act of protest — and President Donald Trump’s reaction to it — caused a cultural rift along political lines, Democrats, independents and Republicans were all more likely to respond positively to the spot than negatively, perhaps indicating that the signal-caller’s method was more controversial than his message. Seventy-four percent of Democrats approved of the league’s “Inspire Change” ad, compared to 57 percent of independents and 47 percent of Republicans.

Race and ethnicity had a significant impact on reactions to the commercial. Among African-American viewers, 76 percent indicated a positive response to the video message, compared with 58 percent of white viewers and 67 percent of Hispanic viewers.

On the other side of the aisle, Trump’s campaign aired two 30-second spots Sunday night — one during the first quarter and one immediately following the game. The latter, titled “Stronger, Safer, More Prosperous,” made its debut online earlier in the week. 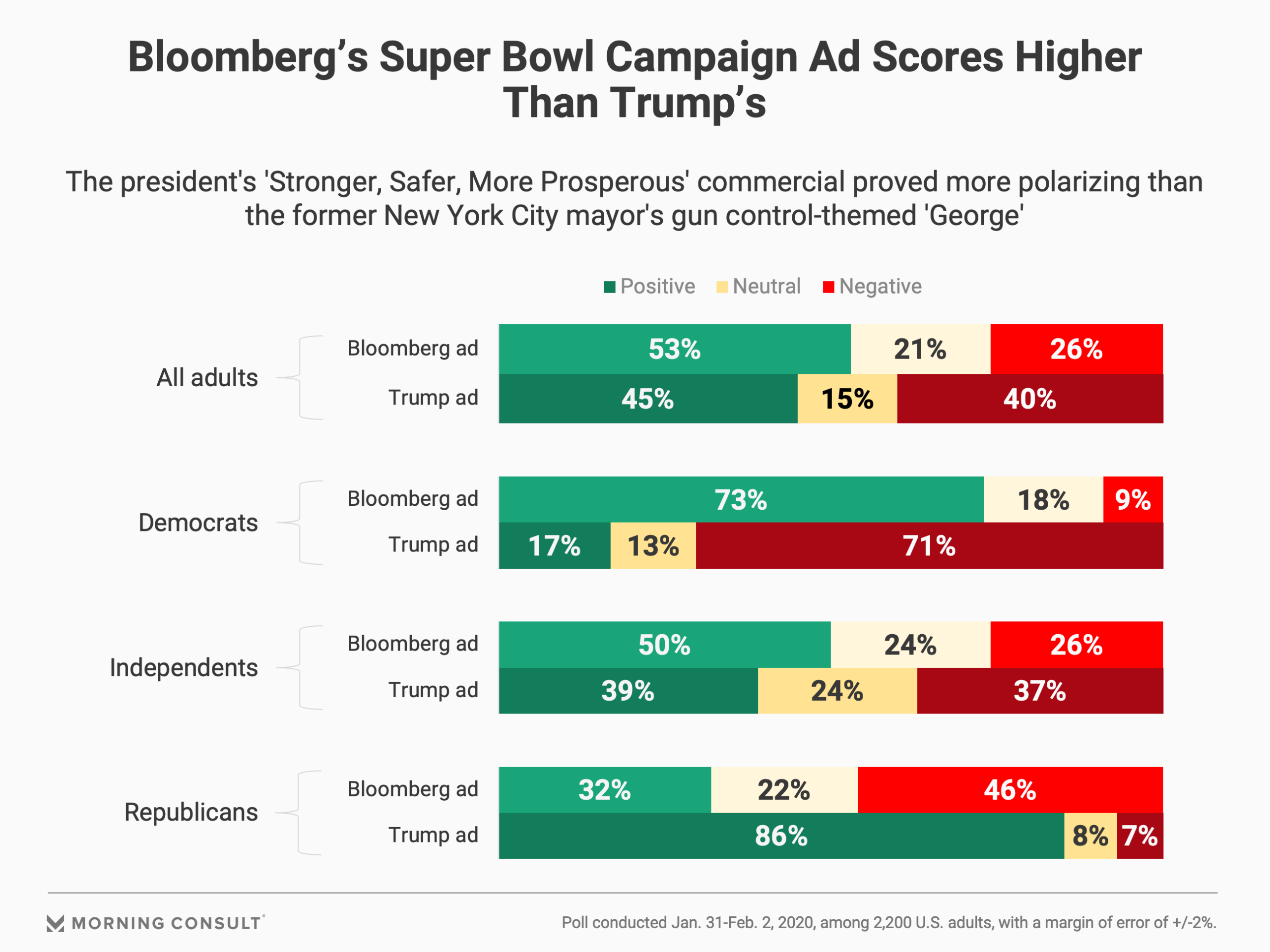 Trump’s ad evoked fervent reactions from both supporters and critics. Viewers were more than twice as likely to characterize their reaction as “very positive” than “somewhat positive” and more than three times as likely to have a “very negative” reaction compared to a “somewhat negative” reaction. By contrast, Bloomberg’s spot only generated slightly more “very” responses than “somewhat” responses at both ends of the spectrum.