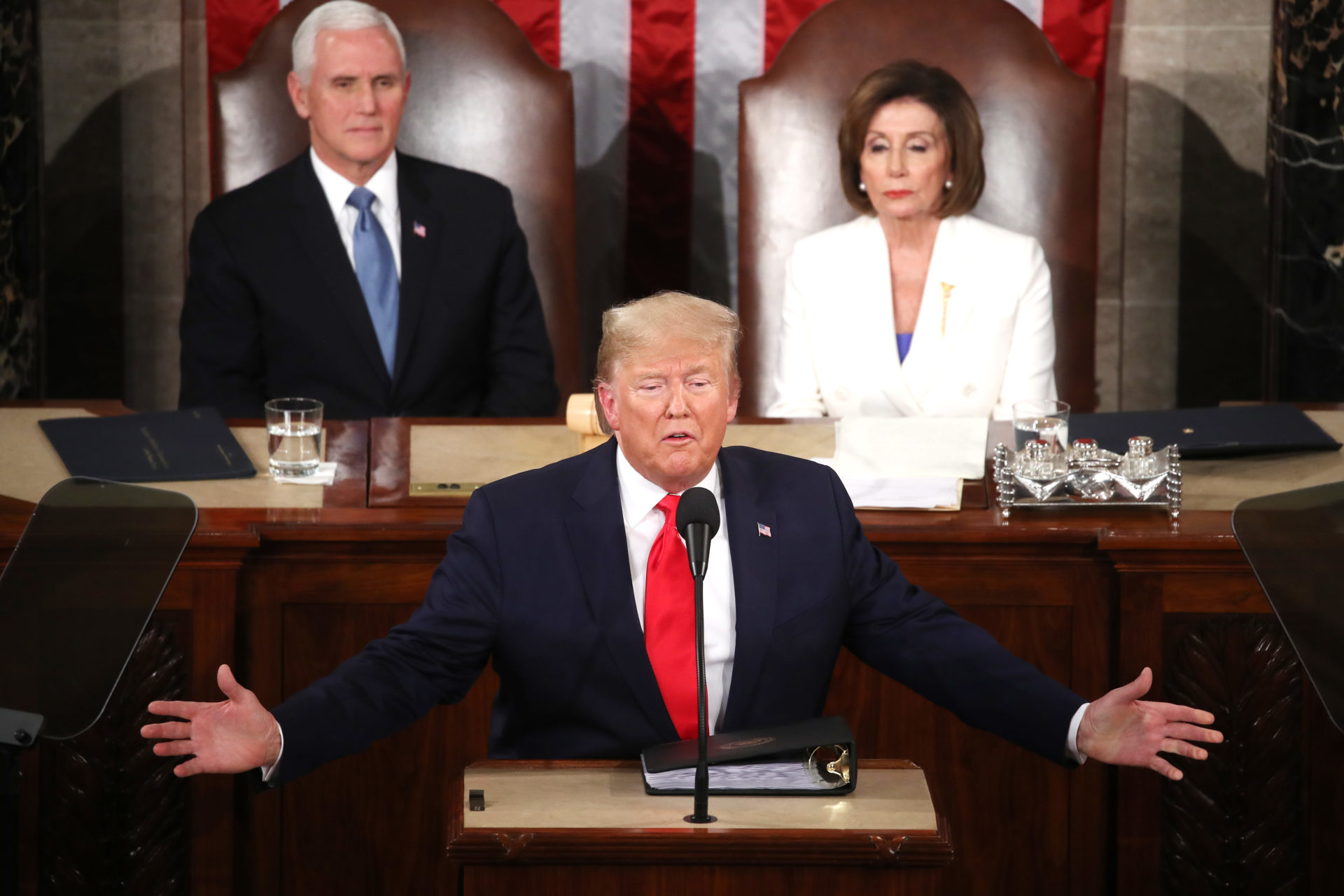 President Donald Trump delivers the State of the Union address as House Speaker Nancy Pelosi (D-Calif.) and Vice President Mike Pence look on in the chamber of the U.S. House of Representatives on Feb. 4, 2020 in Washington, D.C. (Mark Wilson/Getty Images)
By Claire Williams

The economy — and how people feel the economy has treated them — will likely be President Donald Trump’s strongest argument for re-election. He made that case at his State of the Union address on Tuesday, touting the country’s persistently low unemployment and a solid overall economy.

Despite Trump’s impeachment, escalating conflict in the Middle East and the outbreak of the coronavirus, most economists agree the U.S. economy has continued to chug along, posting unemployment at a 50-year low, along with high consumer confidence and steady growth.

Overall, consumers’ perceptions of their personal finances grew 1.8 points month over month in the week ending Jan. 12 to 116.8 — a historically high number. The week is used as a reference by the Bureau of Labor Statistics to calculate its monthly jobs report, and the scores were reached by averaging two of Morning Consult’s two questions that ask about current and future views of personal finances.

Notably, industries that are significant parts of Trump’s base are seeing some of the largest positive swings. 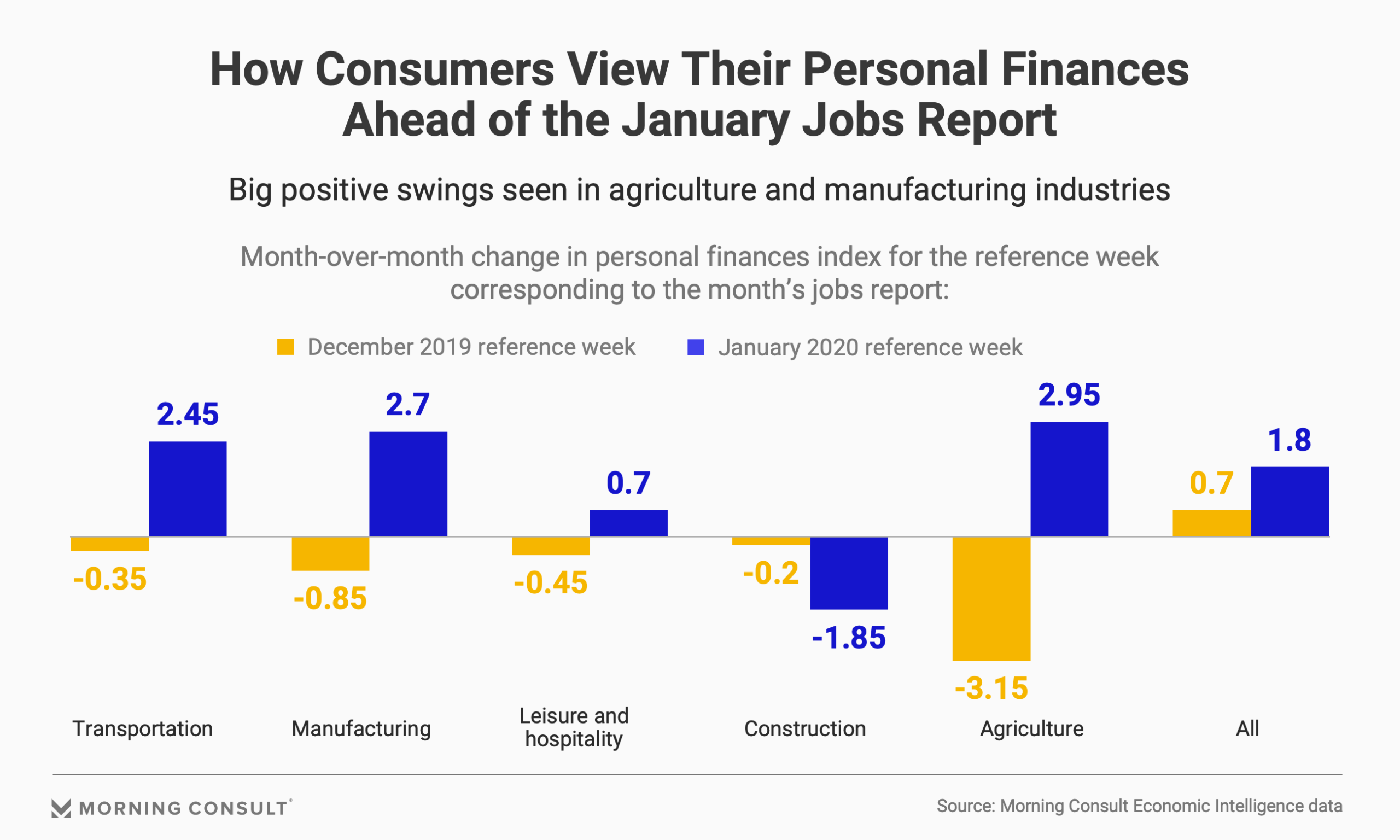 Manufacturing jumped 2.7 points month-over-month when comparing the BLS reference weeks, while agriculture increased 2.95 points, both coming off declines one month prior. Both industries make up the core of rural economies, an argument Trump and Republicans are likely to make heading into the 2020 general election.