Sen. Amy Klobuchar of Minnesota laid into Pete Buttigieg during the Feb. 7 debate in New Hampshire, accusing the former South Bend mayor of lacking the experience required for the presidency, but her own supporters are increasingly likely to choose the Indianan as a backup option. Prior to Iowa, 24% of her supporters backed Warren as a second choice and 23% said Biden, but the latest poll finds 25% backing Buttigieg, up 8 points from before the Iowa caucuses. His supporters, however, break for the other moderate candidates, Biden and Bloomberg. 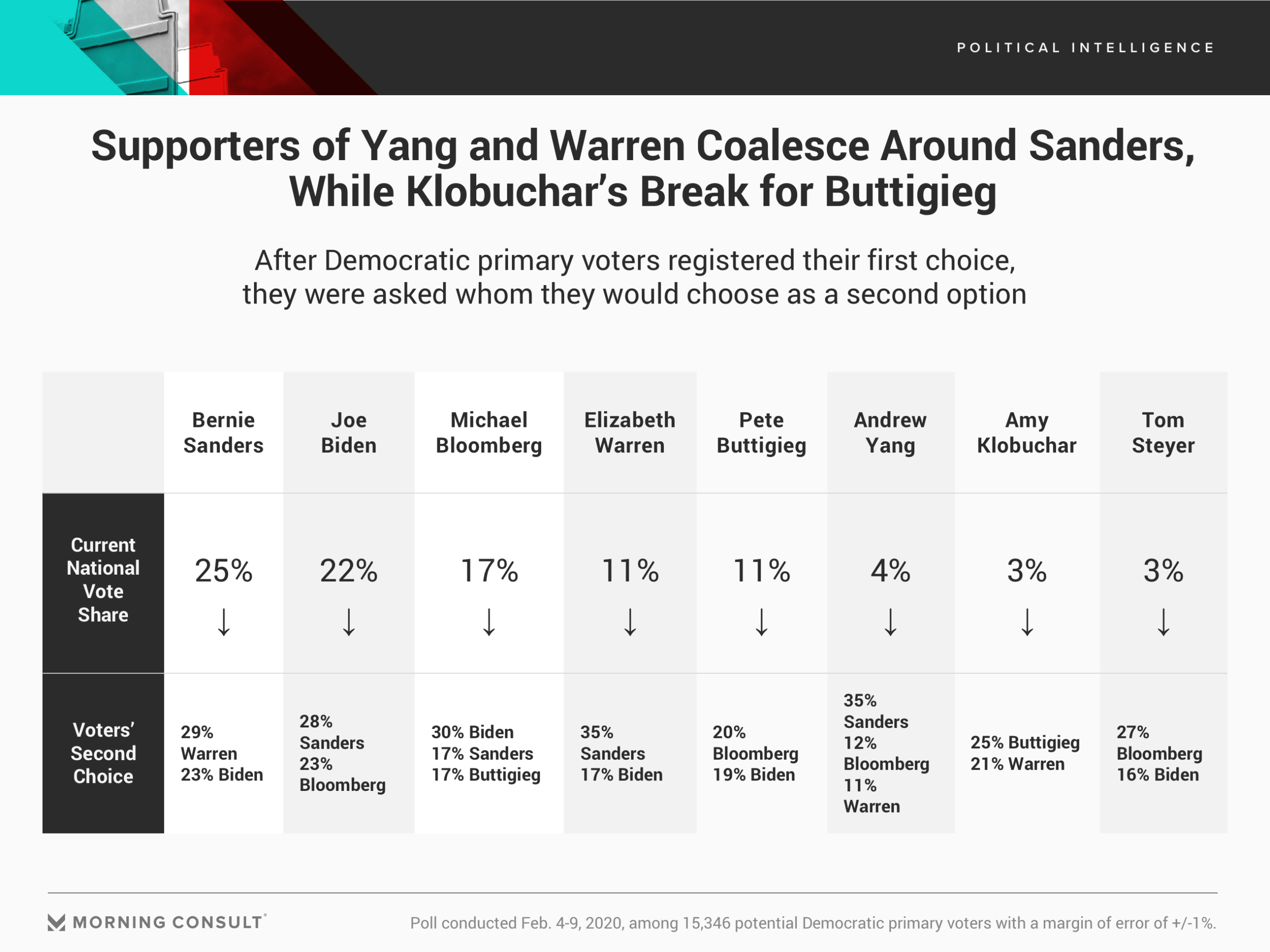 Morning Consult’s latest results are based on 36,180 surveys with registered voters, including 15,346 surveys with Democratic primary voters, conducted Feb. 4-9, 2020.