Republicans nationwide sweetened on McConnell and company amid impeachment 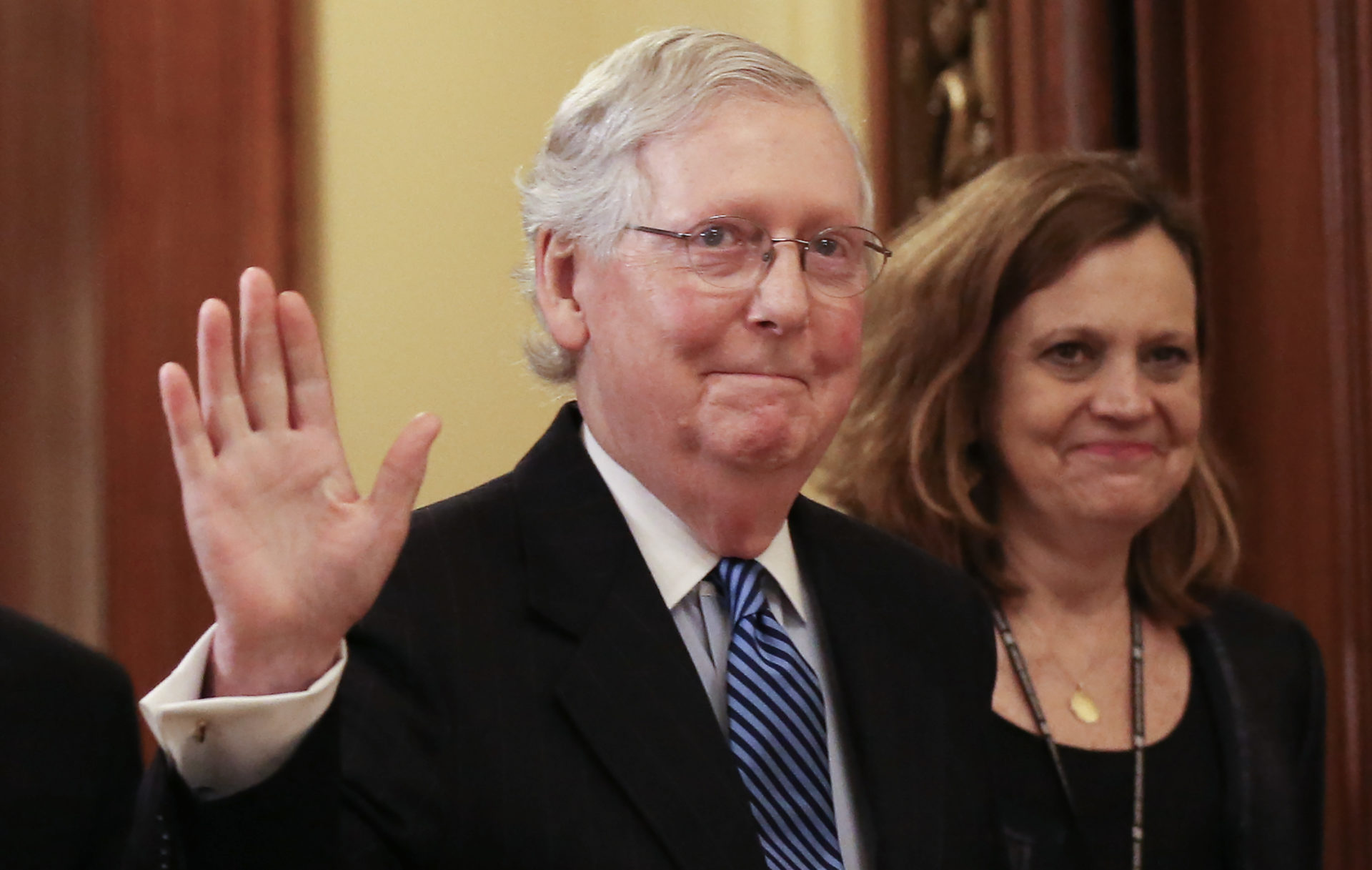 Republicans uneasy with their party’s trajectory under President Donald Trump often lament a lack of political incentive for breaking with its current leader. Polling conducted throughout the GOP’s defense of Trump’s impeachment serves as the latest case in point: Congressional Republicans emerged from their latest test more favored by voters nationwide than they were at the beginning, thanks to the party’s Trump-loving base.

According to Morning Consult/Politico polling tracking the popularity of the two parties in Congress and their leaders, Senate Majority Leader Mitch McConnell of Kentucky and his GOP colleagues saw boosts in their net favorability (the share of voters with favorable views minus those with unfavorable views) since polling conducted in September — before the impeachment process kicked into gear with investigations in October and November and the December House votes to convict. 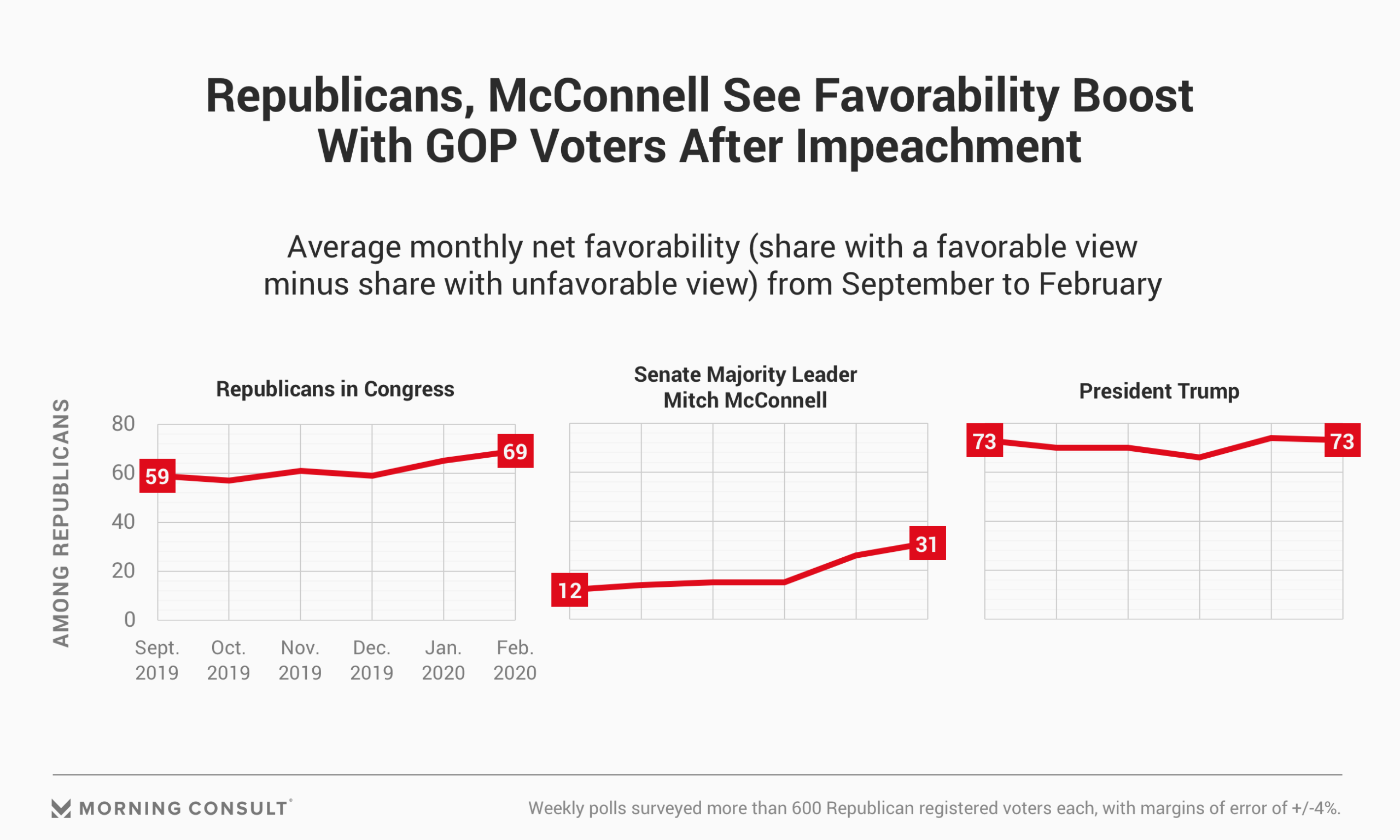 The improvements were largely driven by Republican voters, and came as the ball moved to McConnell’s court in the Senate.

Congressional Republicans — who began the process favored by 77 percent of Republican voters in September — saw a 10-point increase in their net favorability.

The findings are based on monthly averages of net favorability, taken from from weekly polls of roughly 2,000 registered voters each, with 2-point margins of error. 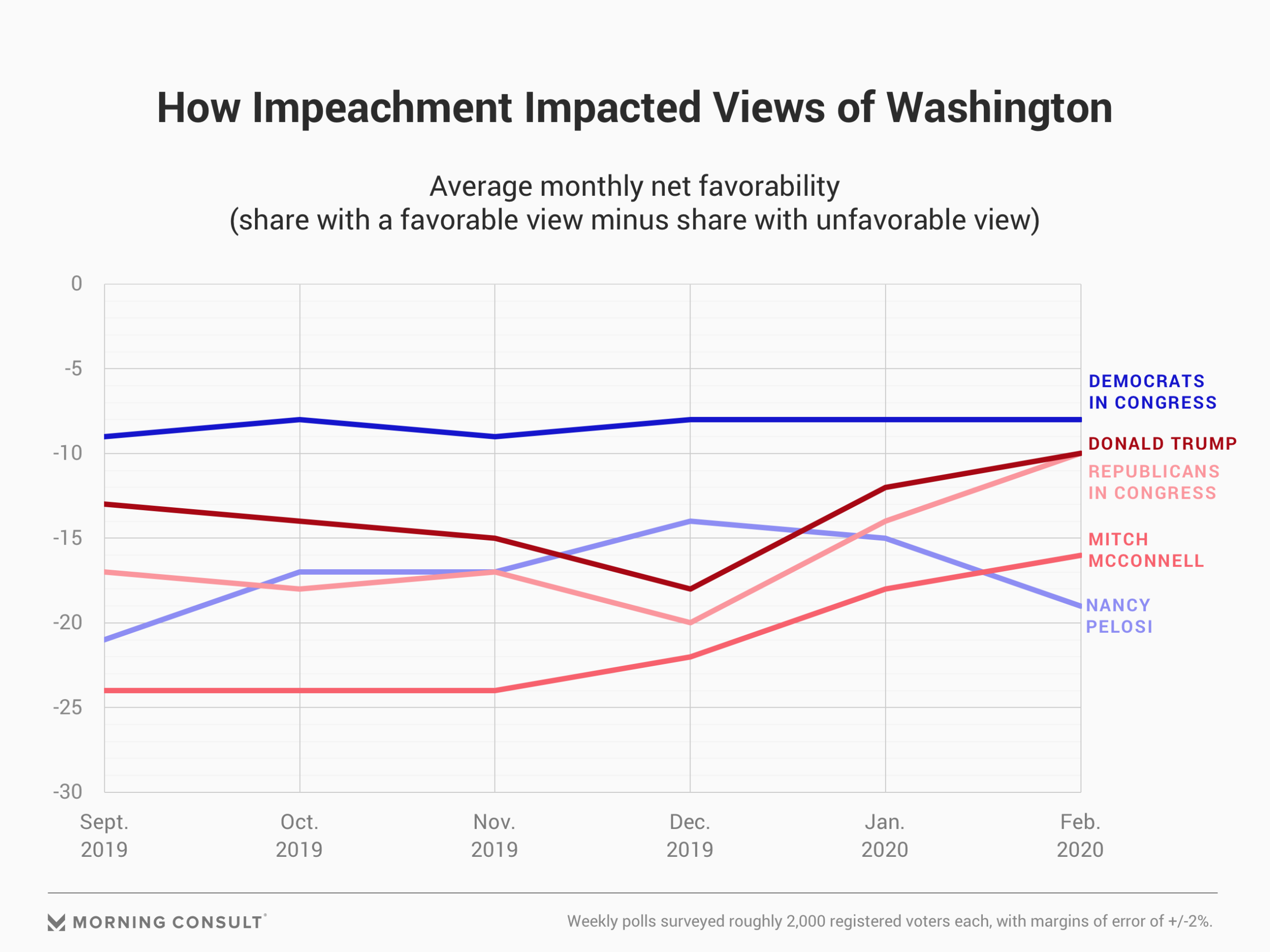 The improvement for Republicans on Capitol Hill was not reflected in views about the Democrats who launched the impeachment inquiry.

House Speaker Nancy Pelosi, a well-known figure in American politics who’s been a fixture of Republican attack ads for a generation of campaigns of politicians, ended the impeachment process with her favorability roughly where she began. Over half of voters (53 percent) said they have unfavorable views of the California Democrat, compared with 34 percent who said they have favorable views of her, while upticks in popularity among Democrats were nearly within the margin of error.

Congressional Democrats, meanwhile, were the most popular impeachment players throughout the process, and voters’ views about them went statistically unchanged throughout the inquiry and trial. The latest poll found 41 percent view them favorably vs. 49 percent who have an unfavorable view, statistically similar to September’s numbers.