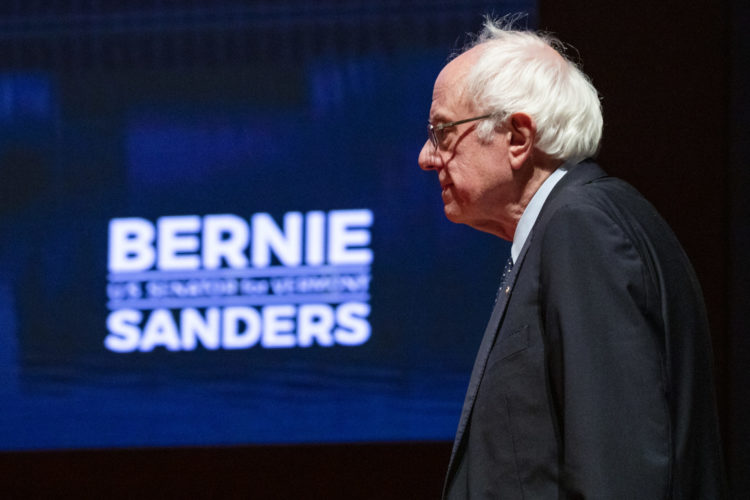 Now the front-runner in the Democratic presidential primary, Sen. Bernie Sanders (I-Vt.) is bringing his brand of progressivism — and the contentious democratic socialist label – to the fore of the party.

Sanders has long identified as a democratic socialist, thought by some in the Democratic Party to be an impediment to seeking national office. But that notion appears to be shifting, especially among Democratic primary voters, according to new Morning Consult/Politico data. 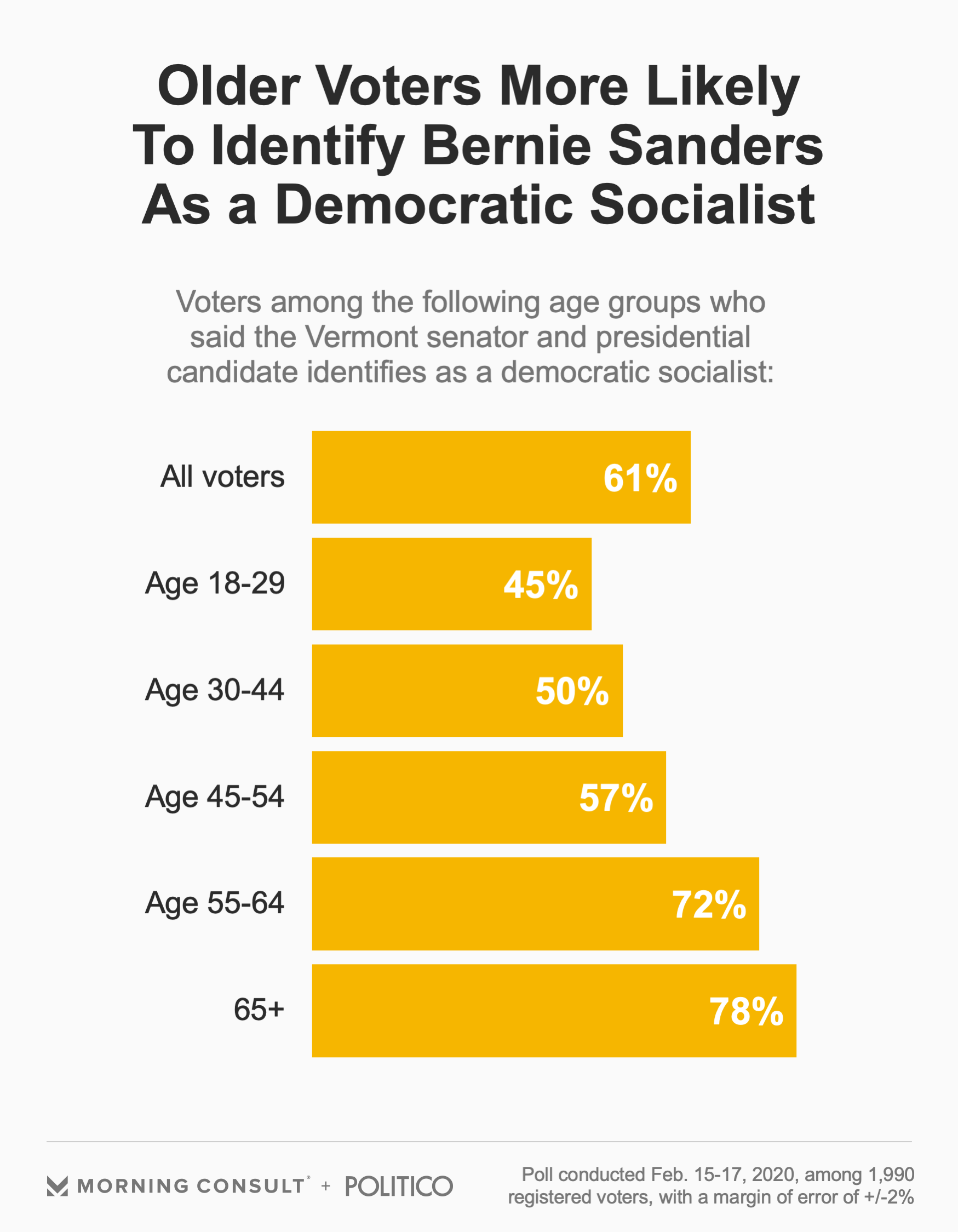 Overall, 61 percent of voters were able to correctly say that Sanders self-identifies as a democratic socialist — a label that seemed to be more identifiable to older voters.

By a wide margin, voters were able to pick Sanders out as the candidate who self-identifies as a democratic socialist. The poll, conducted Feb. 15-17 among 1,990 registered voters, has a margin of error of 2 percentage points.

While the democratic socialist label has long been thought to be an obstacle to Sanders’ prospects at national office, it might now benefit him in the Democratic primary.

Regardless of the label, the more progressive elements of the Democratic party are pushing even more moderate candidates left during the primary.

Bloomberg, for example, has walked back previous viewpoints on Wall Street, where he made his fortune, with a set of proposals released Tuesday that would strengthen bank regulation and tax individual financial transactions.