Just 6 percent of Democratic primary voters say they are undecided on who they would support in their state’s primary or caucus. When forced to choose a candidate to support, undecided voters evenly split between Sen. Bernie Sanders (I-Vt.), former Vice President Joe Biden and former New York City Mayor Michael Bloomberg. 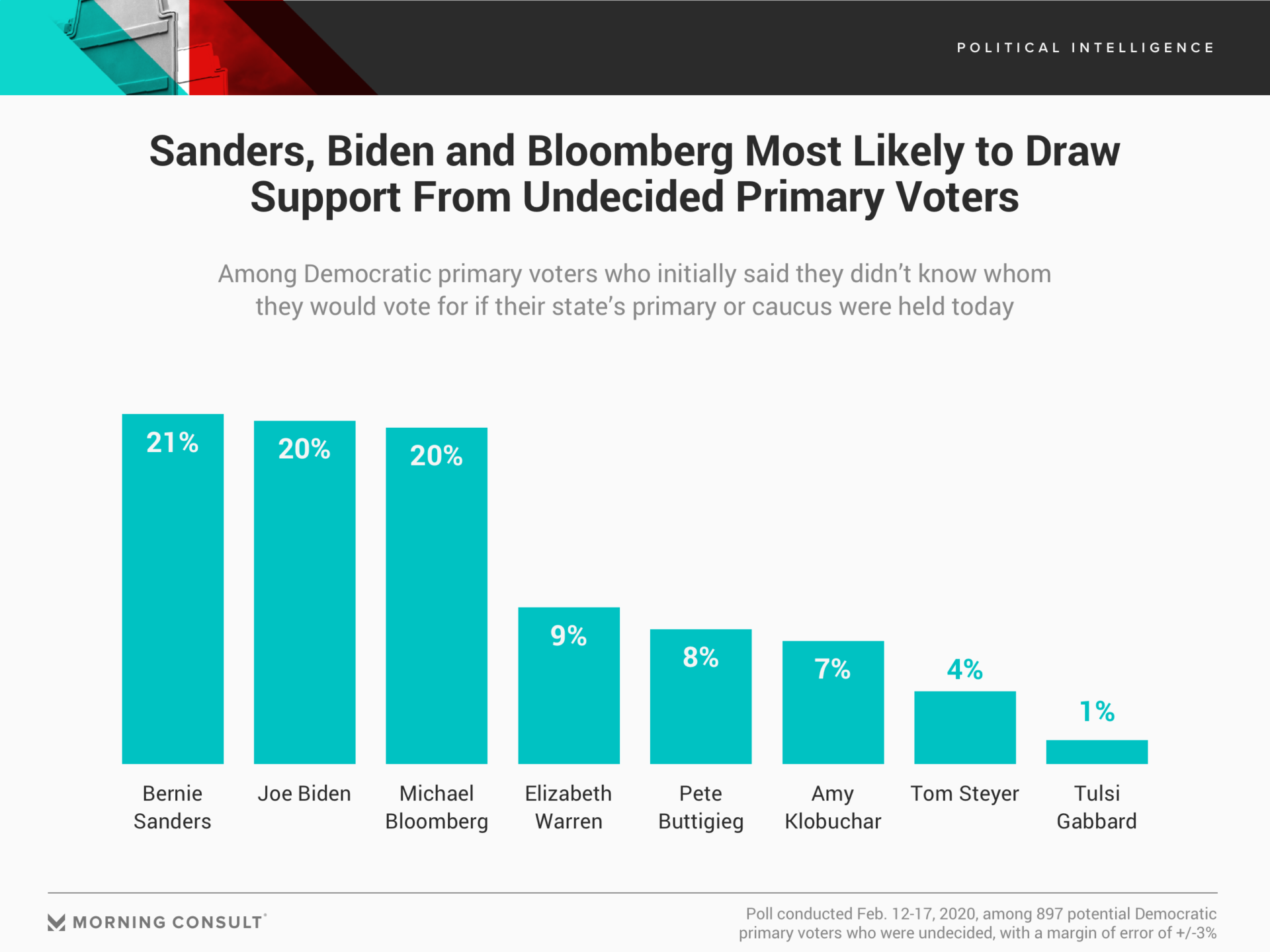 As the national front-runner, Sanders leads with voters across the spectrum of political interest. He’s the first choice for those who are not interested in politics and public affairs, presenting an opportunity to consolidate them or lose them as voters increase their focus on the race.

Unlike Sanders, Sen. Amy Klobuchar of Minnesota and former South Bend Mayor Pete Buttigieg of Indiana draw the lion’s share of their support from the most engaged Democratic primary voters. 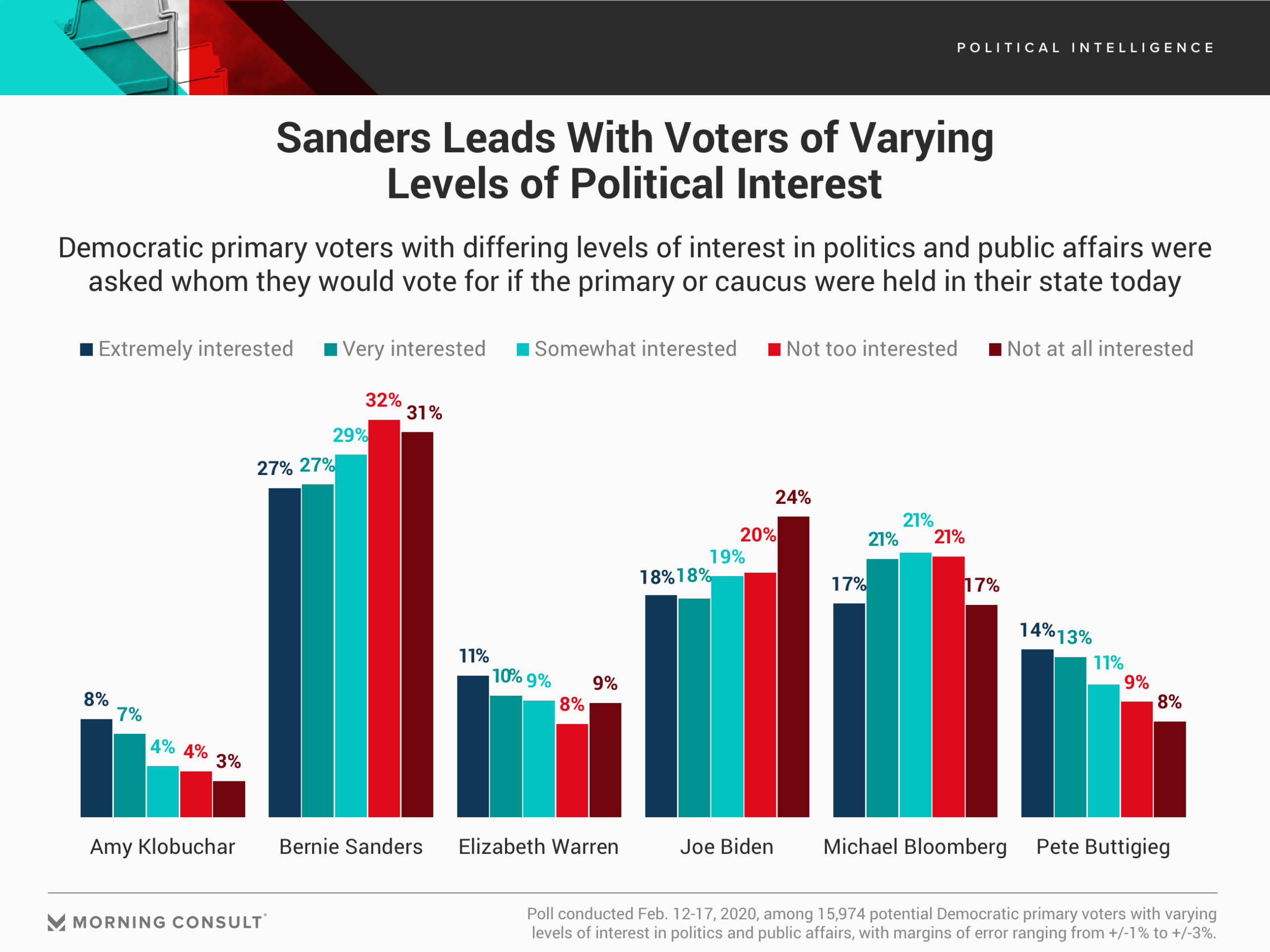 Morning Consult’s latest results are based on 36,563 surveys with registered voters, including 15,974 surveys with Democratic primary voters, conducted Feb. 12-17, 2020.