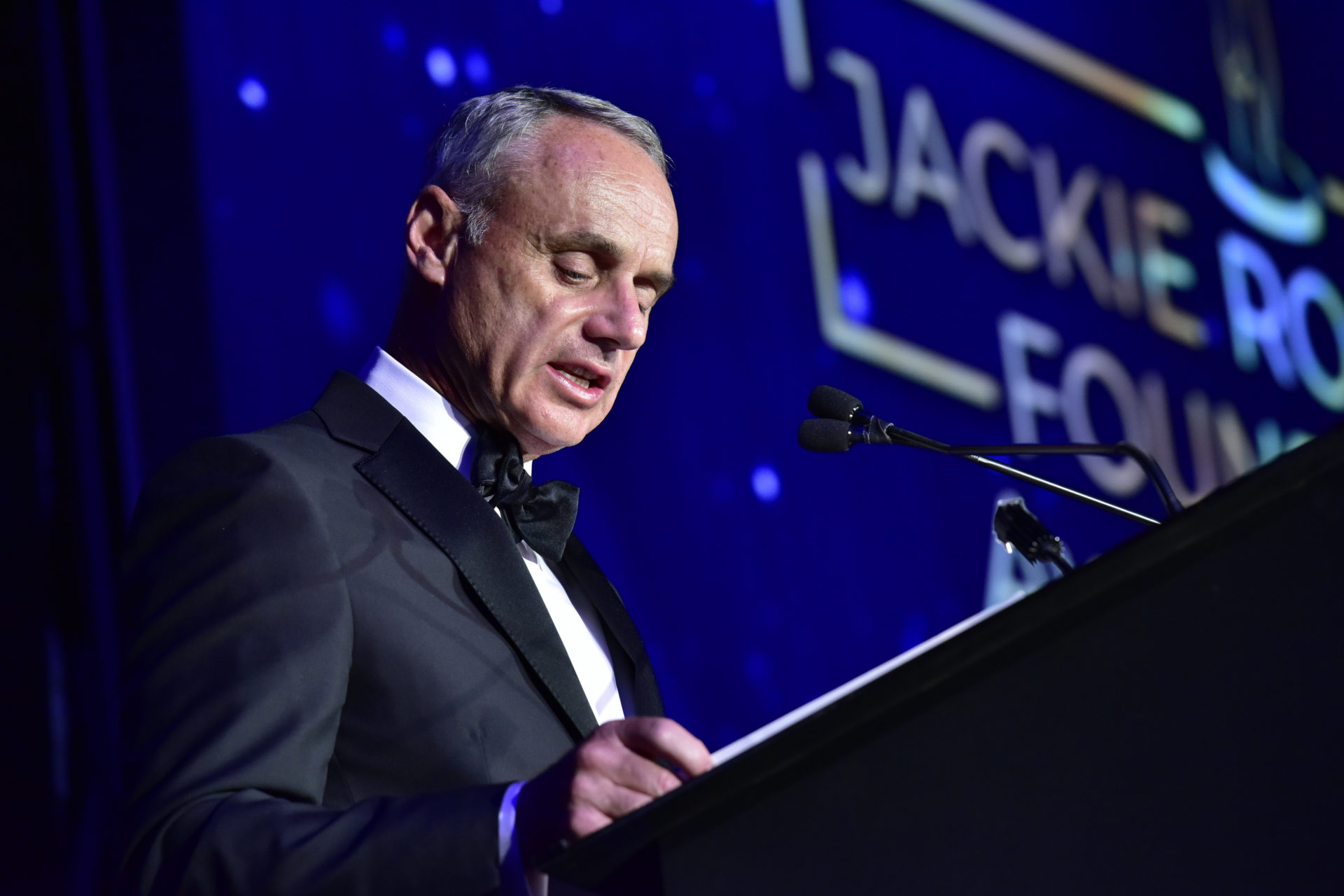 MLB Commissioner Rob Manfred’s handling of the Houston Astros’ illicit sign-stealing scandal has drawn the ire of prominent players and made him a target of criticism from media members covering the sport. Now, with Opening Day a little more than one month away, a new Morning Consult poll finds the lion’s share of MLB fans aren’t particularly happy with him either. 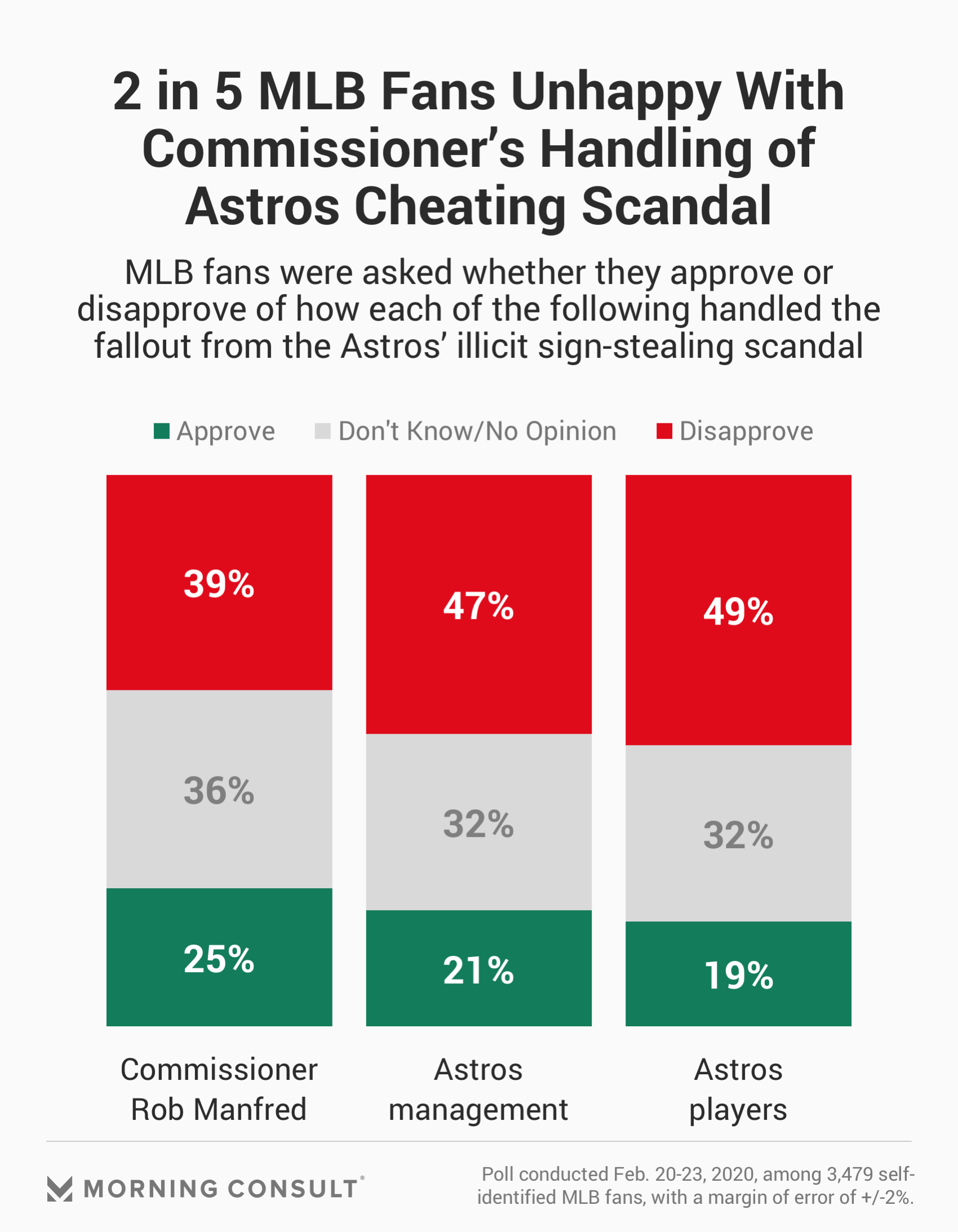 The results of a Feb. 20-23 survey show a 39 percent plurality of self-identified MLB fans disapprove of how Manfred has dealt with the fallout from the Astros scandal, compared to 25 percent who approve. Avid followers of the league are even stronger in their censure, grading Manfred negatively by a margin of 20 percentage points.

In a Jan. 13 report detailing the findings of his investigation, Manfred confirmed that the Astros deployed an elaborate scheme during the 2017 and 2018 seasons that included the use of a centerfield camera at Minute Maid Park to steal opponents’ signs in violation of league rules. He disciplined the Astros by fining the club $5 million — the maximum allowed under league rules — and docking them first- and second-round picks in the MLB’s two upcoming drafts. He also suspended general manager Jeff Luhnow and manager A.J. Hinch for the 2020 season, prompting Astros owner Jim Crane to fire them both.

Manfred has since faced blowback for agreeing to grant Astros players immunity from punishment in exchange for their cooperation, and for subsequent comments in which he referred to the World Series trophy as a “piece of metal” and claimed revoking the Astros’ title seemed “futile.”

“For him to devalue it the way he did yesterday just tells me how out of touch he is with the players in this game,” Los Angeles Dodgers third baseman Justin Turner said last week in a response to Manfred. 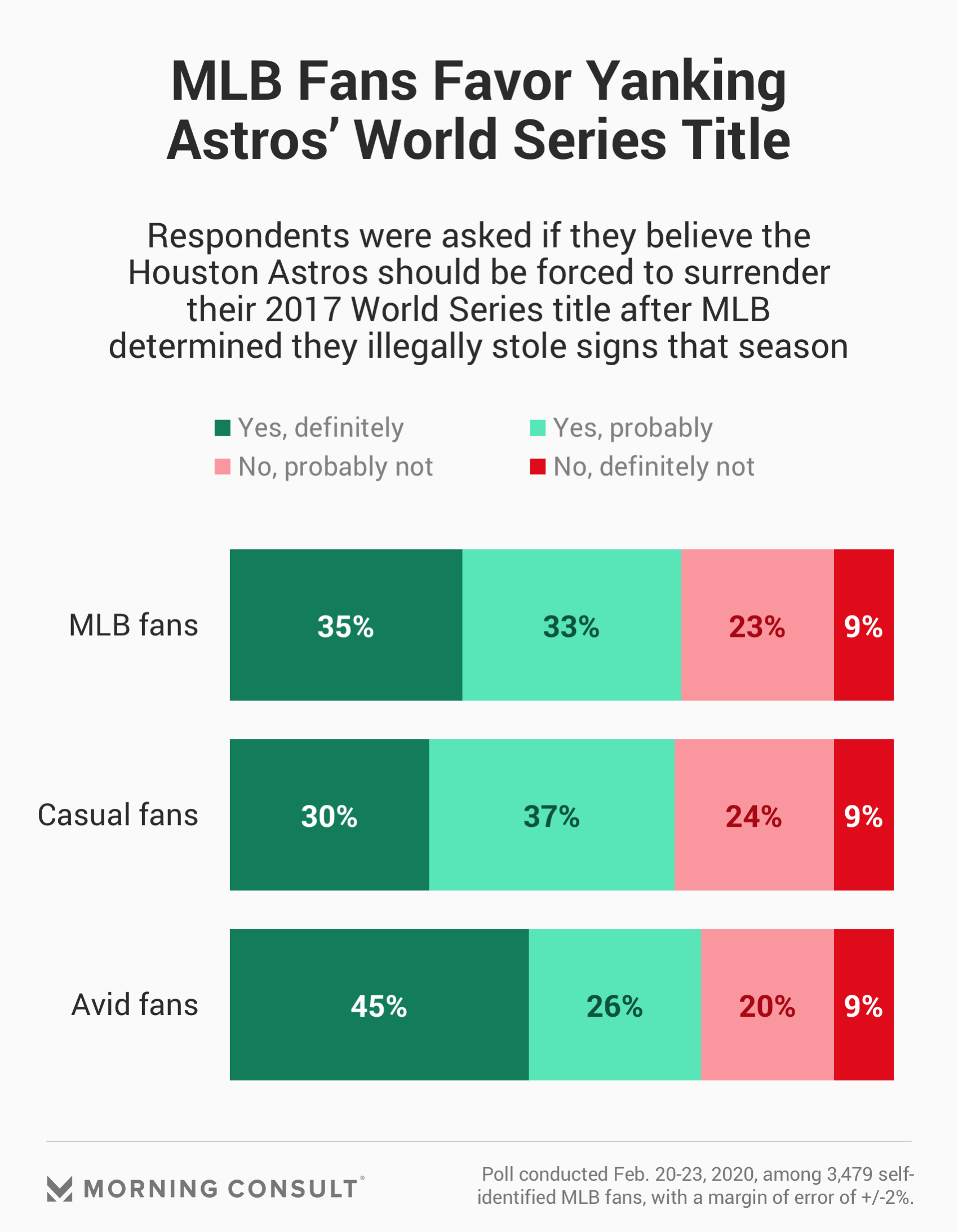 What Manfred called “futile” has considerable support among the 3,479 MLB fans polled in the survey, with 68 percent saying that the league should force the Astros to give up their 2017 World Series title over the Dodgers. Of that group, 35 percent believe MLB should “definitely” revoke the Astros’ championship, while 33 percent say it would “probably” be the right course of action.

Among avid fans, 71 percent said it would be the right thing for Manfred to do, with 45 percent of hardcore followers saying the Astros should “definitely” lose their title and 26 percent saying the team should “probably” be forced to give it up.

In addition to being critical of Manfred’s response to the scandal, fans largely disapprove of how Astros players and management have each reacted since the start of spring training. The response from Astros ownership and management achieved a 21 percent approval rating among baseball fans, while the reaction from the team’s players scored 19 percent.

Astros brass and players have both taken flak for appearing less than remorseful in their comments since reporting to their training facility in West Palm Beach, Fla. Owner Crane claimed that the club’s sign stealing didn’t impact the outcome of games, while players have flatly denied that their championship could be considered tainted.