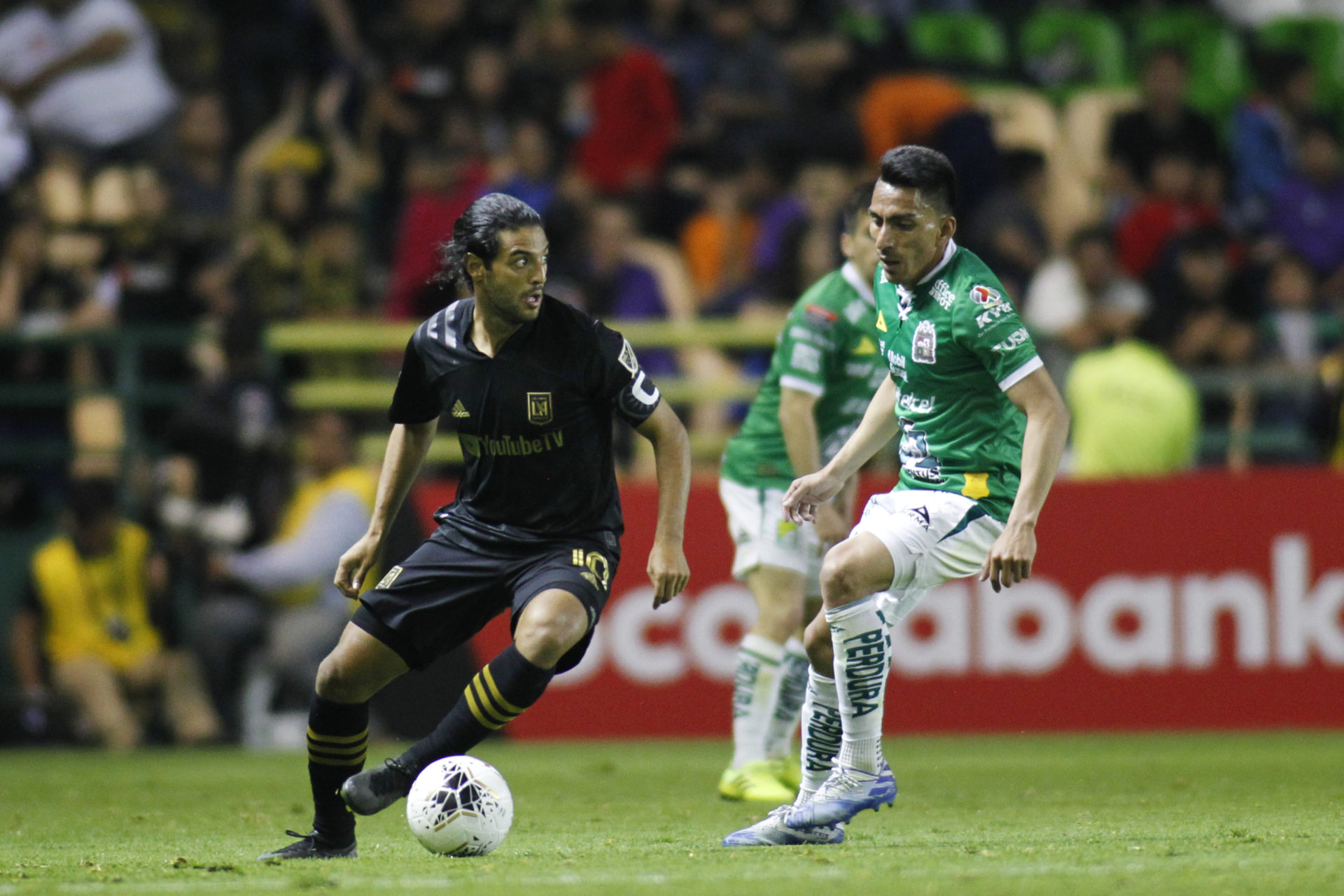 Carlos Vela of Los Angeles FC controls the ball against Angel Mena of Leon during a CONCACAF Champions League match in Leon, Mexico, on Feb. 18. Vela will play a leading role as a brand ambassador for Tecate as it pivots to soccer. (Leopoldo Smith/Getty Images)
By Alex Silverman

Tecate is making Carlos Vela, the reigning MVP of MLS, a leading figure in its new “Mexico is in Us” brand campaign as it looks to reach young Mexican-American beer drinkers through soccer. The Mexican national and Los Angeles FC striker will begin appearing in promotional material at retail in March and will star in digital content on the brand’s channels beginning this summer.

Vela’s promotion of Tecate will focus on his off-the-field persona, which Oscar Martinez, senior brand director for Tecate at Heineken USA, described as a “Mexican maverick” in the United States. Martinez believes that in addition to being among the most recognizable Mexican sports figures in the United States, Vela cuts a relatable and aspirational figure for the emerging generation of Mexican Americans.

Vela, who scored a league-leading 34 goals for LAFC last season, is regarded as one of the top Mexican nationals playing abroad. He declined to represent Mexico during last summer’s CONCACAF Gold Cup, but has more recently said he would be open to playing for the national team if he is selected. Martinez pointed to his 72 games of international experience as a key reason that Vela is “the most relevant Mexican athlete in the United States today.”

Vela is just one piece of the soccer puzzle for Tecate in 2020. Martinez said the brand will be a driving force in raising the profile of the Mexican game stateside as it builds buzz around events that bring the country’s top teams across the border. Martinez said the brand plans to more heavily leverage its existing sponsorships of high-profile Liga MX clubs Guadalajara (also known as “Chivas”), Tigres and Monterrey, including conducting text-to-win contests that offer fans opportunities to meet players and attend matches.

The brand extended its 2019 sponsorship of Campeón de Campeones, the annual meeting of Liga MX’s two most recent champions in Los Angeles presented by Univision, through 2021. Monterrey secured its place in the 2020 edition by winning the league’s most recent title and will face a to-be-determined opponent.

Ad Age reported earlier this week that Tecate will sponsor the 2020 Leagues Cup, a second-year tournament featuring eight teams each from MLS and Liga MX. The third annual Campeones Cup, a match that will pit the 2019 MLS Cup-winning Seattle Sounders against Liga MX’s next champion at CenturyLink Field, would also seem to fit the bill for Tecate, as would the 2020 MLS All-Star Game featuring the American league’s best against Liga MX’s top stars. MLS and Tecate have yet to announce their marketing partnership.

Tecate’s focus on soccer comes at the expense of its longtime presence in boxing, a trade-off that Martinez believes will help make the brand more relevant with younger consumers.

“We’re trying to target a younger audience, 21-plus, because we acknowledge we lost a little bit of relevance with a younger audience,” he said. “They’ve got different choices, preferences, and we know they come together to celebrate with beer watching a soccer game.”

In addition to working with Tecate, Vela recently signed on as an endorser for BodyArmor, the new official sports drink of MLS.