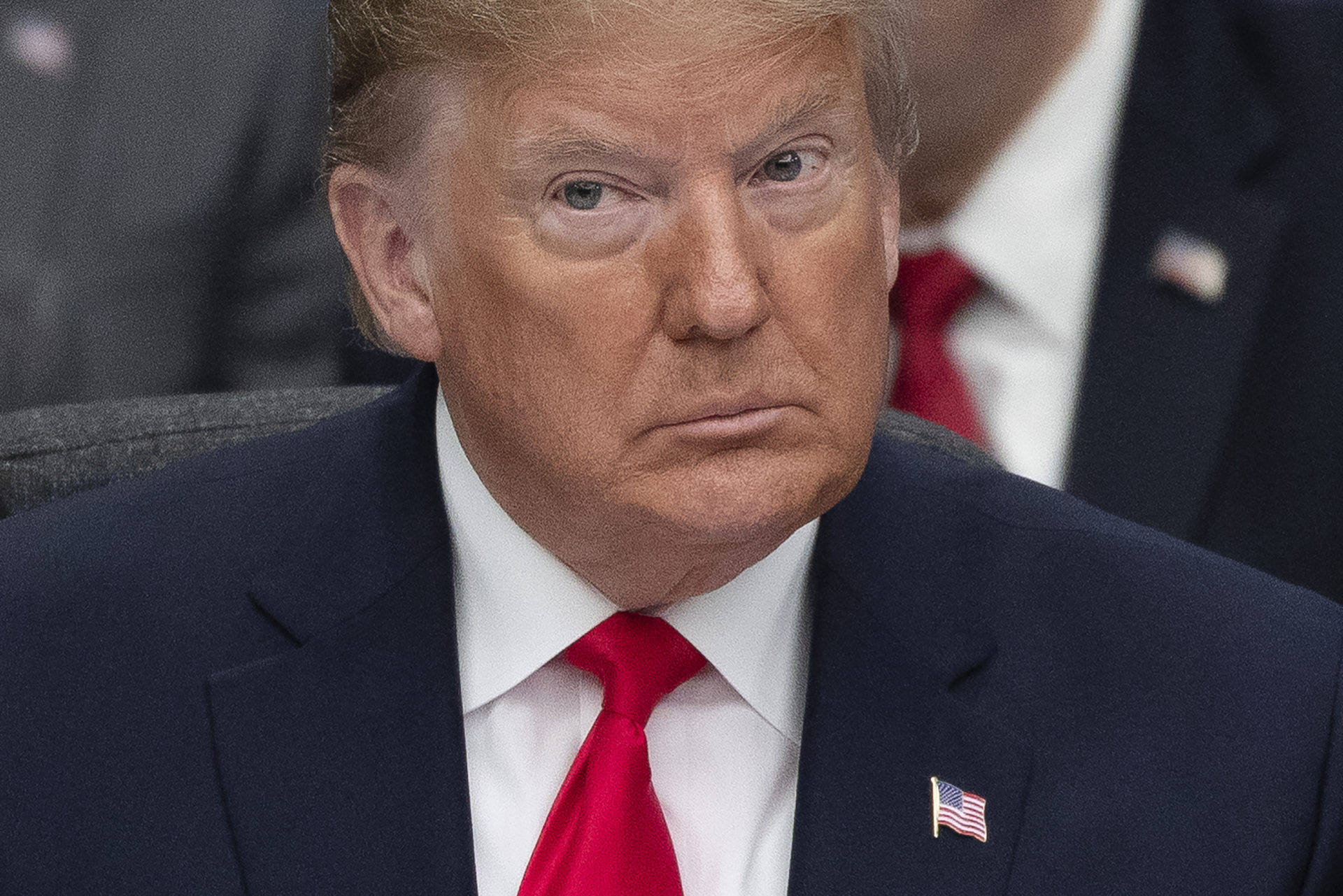 President Donald Trump attends the NATO summit in England in December. According to a new poll, a slim majority of voters say it would be inappropriate for Trump to pardon Roger Stone, his longtime associate. (Dan Kitwood/Getty Images)
By Eli Yokley

President Donald Trump said last week that he won’t immediately pardon longtime associate Roger Stone, opting instead to let the judicial process play out as his longtime associate seeks a new trial. But if he were to grant Stone a pardon, a new survey finds it could put him on shaky political ground.

A slim majority of voters (53 percent) said it would be inappropriate for Trump to pardon Stone, who was sentenced last week to 40 months in prison after being convicted in November of obstruction of justice, witness tampering and lying Congress during its investigation into Russian interference in the 2016 election. While most Democrats and roughly half of independents said it would be an inappropriate move to pardon Stone, a 38 percent plurality of Republicans disagreed. 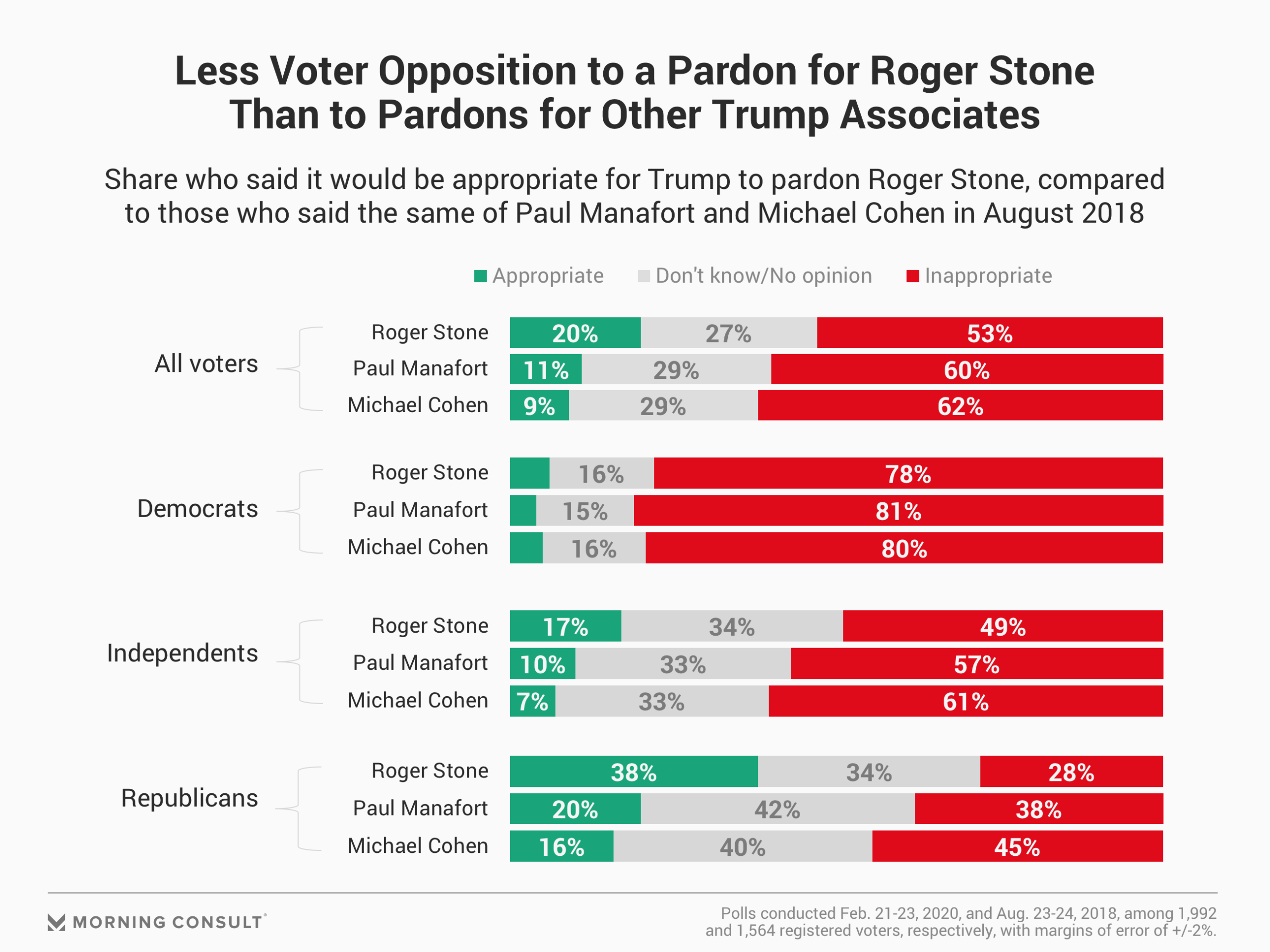 The poll was conducted Feb. 21-23 among 1,992 registered voters, with a margin of error of 2 percentage points.

However, voters are more open to a Stone pardon than they were in August 2018 to the idea of a pardon for former campaign chairman Paul Manafort and former lawyer Michael Cohen following their respective conviction and guilty plea related to charges that arose from special counsel Robert Mueller’s Russia probe.

In the latest poll, 24 percent said they’d heard “a lot” about Stone’s sentencing, roughly the same share who heard about Trump’s commutation of the prison sentence of Rod Blagojevich, the former Democratic governor of Illinois who had been convicted of federal corruption charges.