Ahead of South Carolina and Super Tuesday, Sanders Leads Among Black Voters 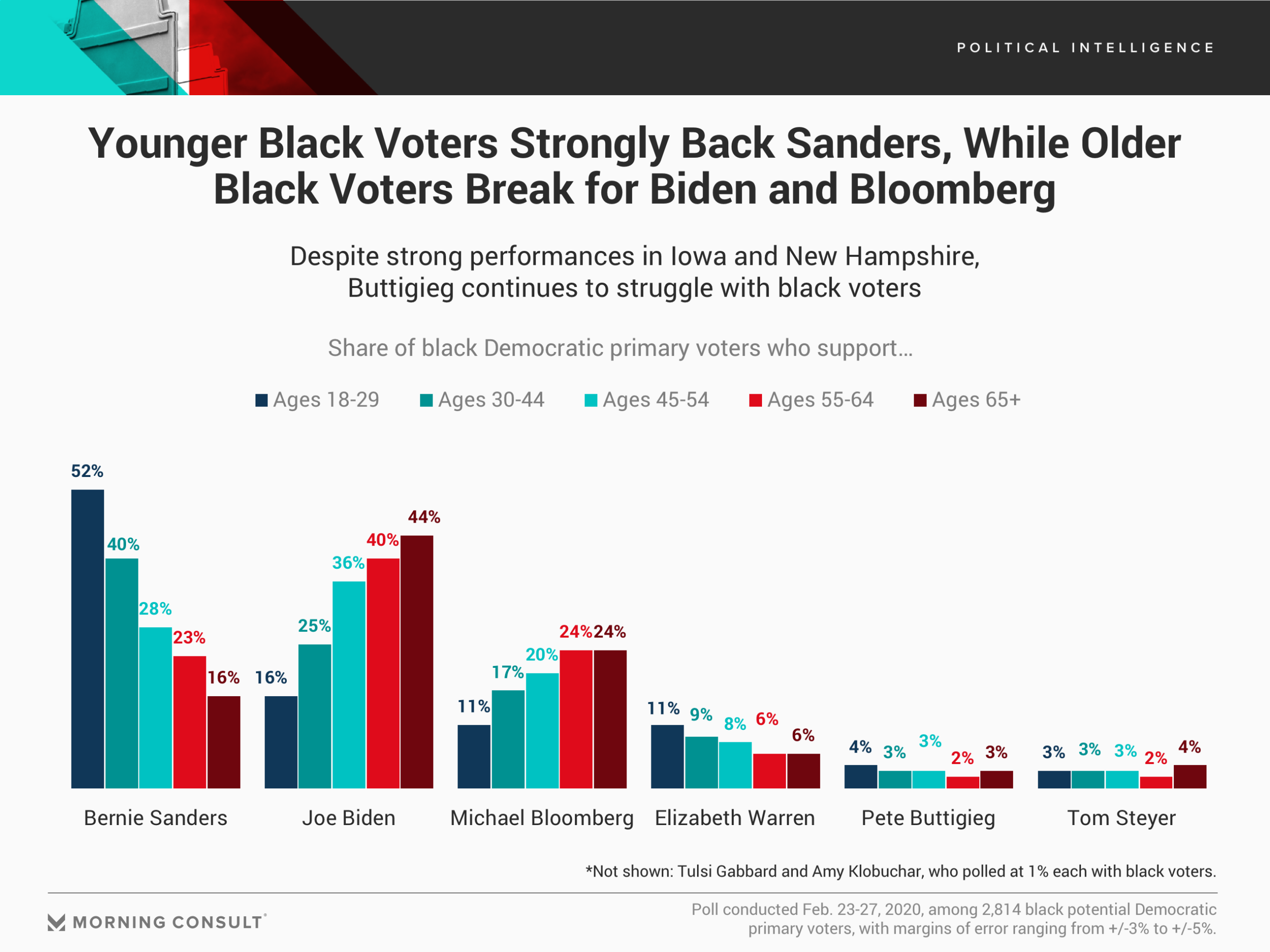 Sanders, Biden and Bloomberg are the only candidates garnering significant backing from black voters, while others – such as former South Bend Mayor Pete Buttigieg of Indiana and Sen. Amy Klobuchar of Minnesota – have failed to grow their support with the key Democratic constituency after solid performances in the comparatively white states of Iowa and New Hampshire at the beginning of the primary season.