Biden’s Support Ticks Up After Democratic Debate in Charleston

Former Vice President Joe Biden received his best reviews of the 2020 cycle for his debate performance on Tuesday in Charleston, and primary voters nationwide appear to have taken notice. Biden saw his support increase by 3 percentage points in the two days following the debate, the biggest movement Morning Consult measured during the time period. 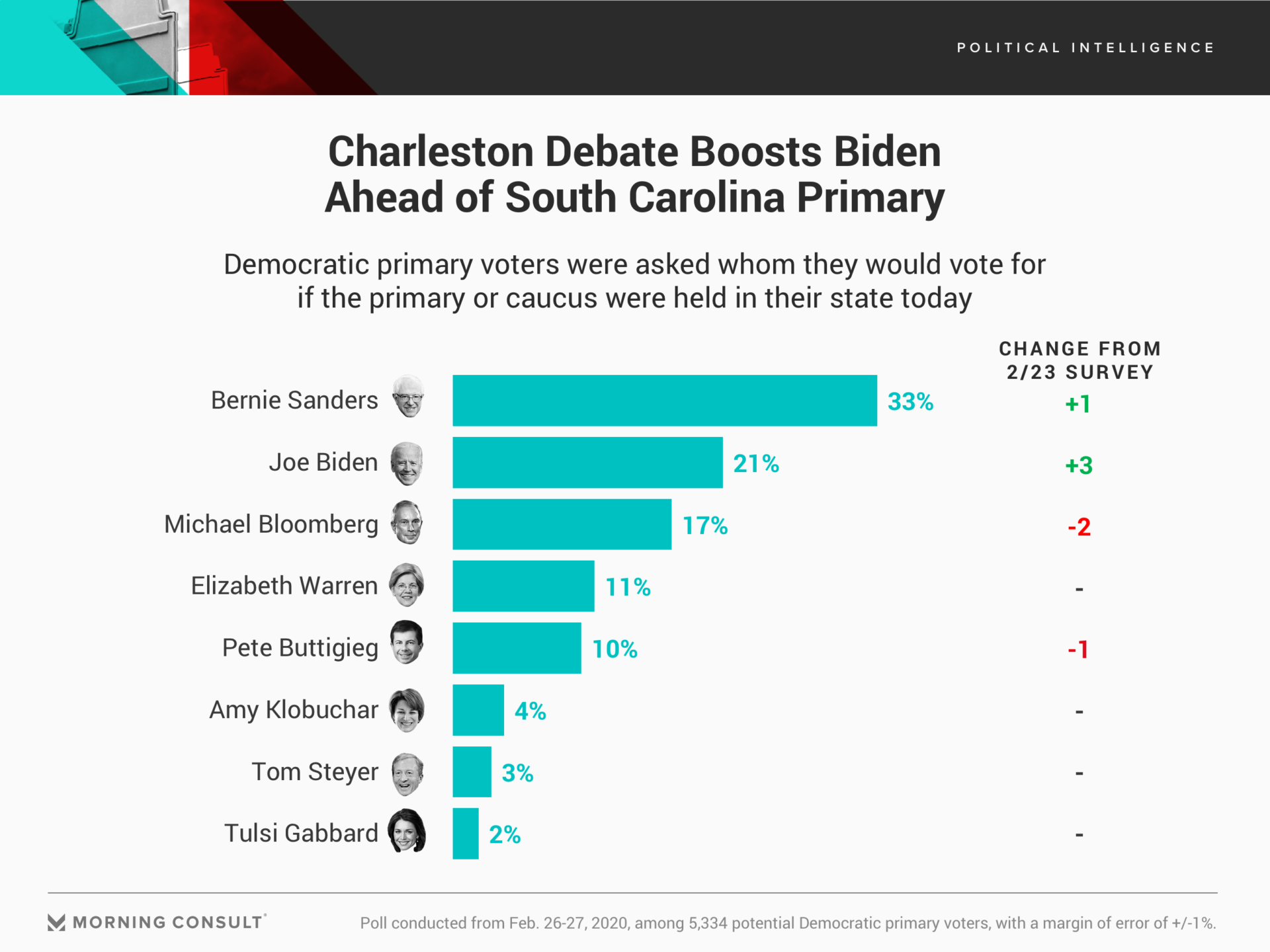 It was the second successive appearance on stage for former New York City Mayor Michael Bloomberg, who continued to face attacks from the left from Sen. Elizabeth Warren and other candidates, and saw his support drop 2 points. Sen. Bernie Sanders (I-Vt.), the race’s front-runner, absorbed a more steady diet of blows from the right, but saw his support tick up slightly after the debate.