Buttigieg’s exit could amount to a 2-point boost each for Sanders, Biden, Warren, Bloomberg 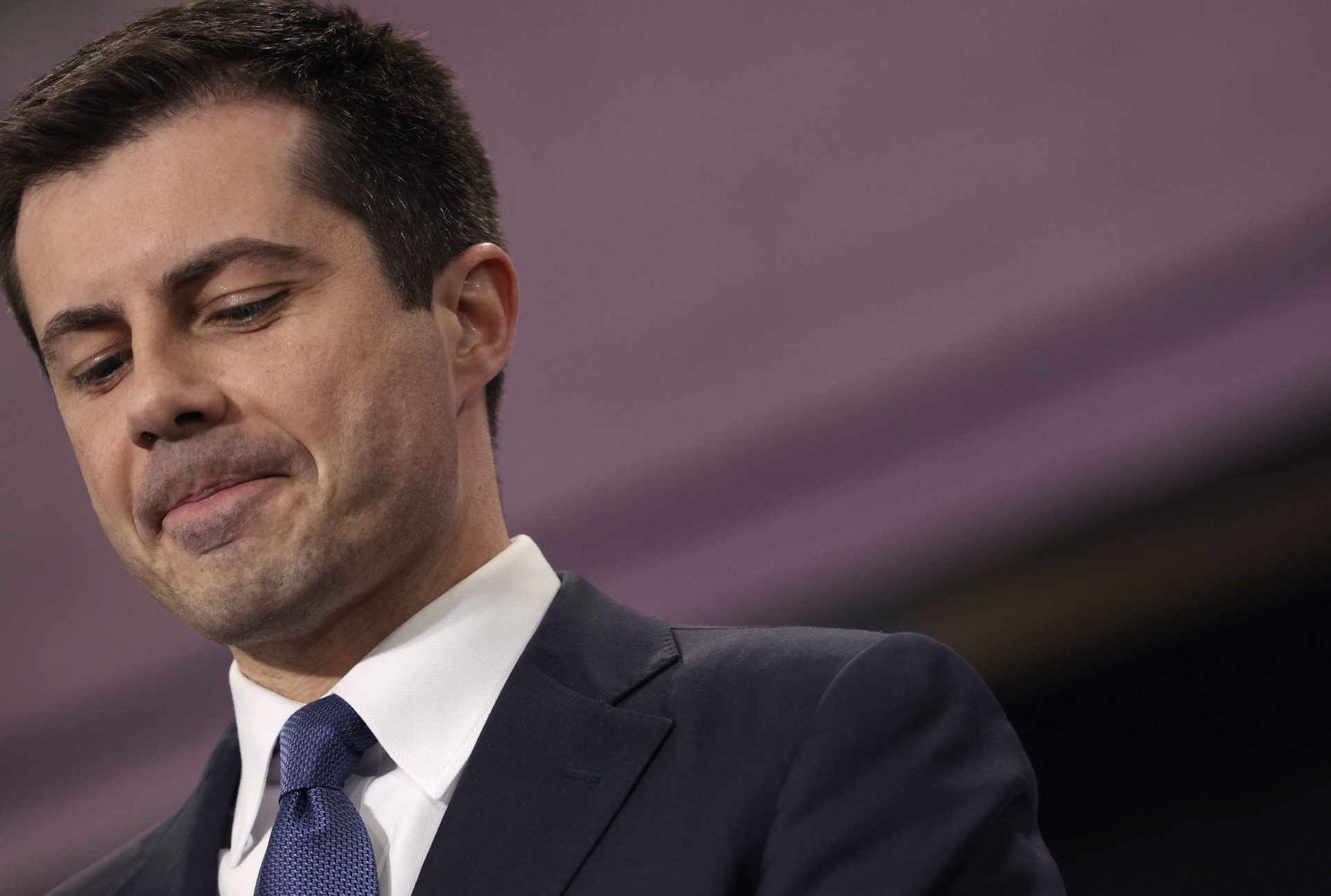 Former South Bend Mayor Pete Buttigieg of Indiana speaks at town hall campaign event in Raleigh, N.C., on Feb. 29. Now that Buttigieg is out of the race, his supporters look likely to spread evenly among the other top contenders, according to Morning Consult data. (Win McNamee/Getty Images)
By Eli Yokley

Former South Bend Mayor Pete Buttigieg of Indiana has suspended his Democratic presidential campaign, and Morning Consult data suggests his exit will do little to change the state of the race ahead of the delegate-rich contests on Super Tuesday. 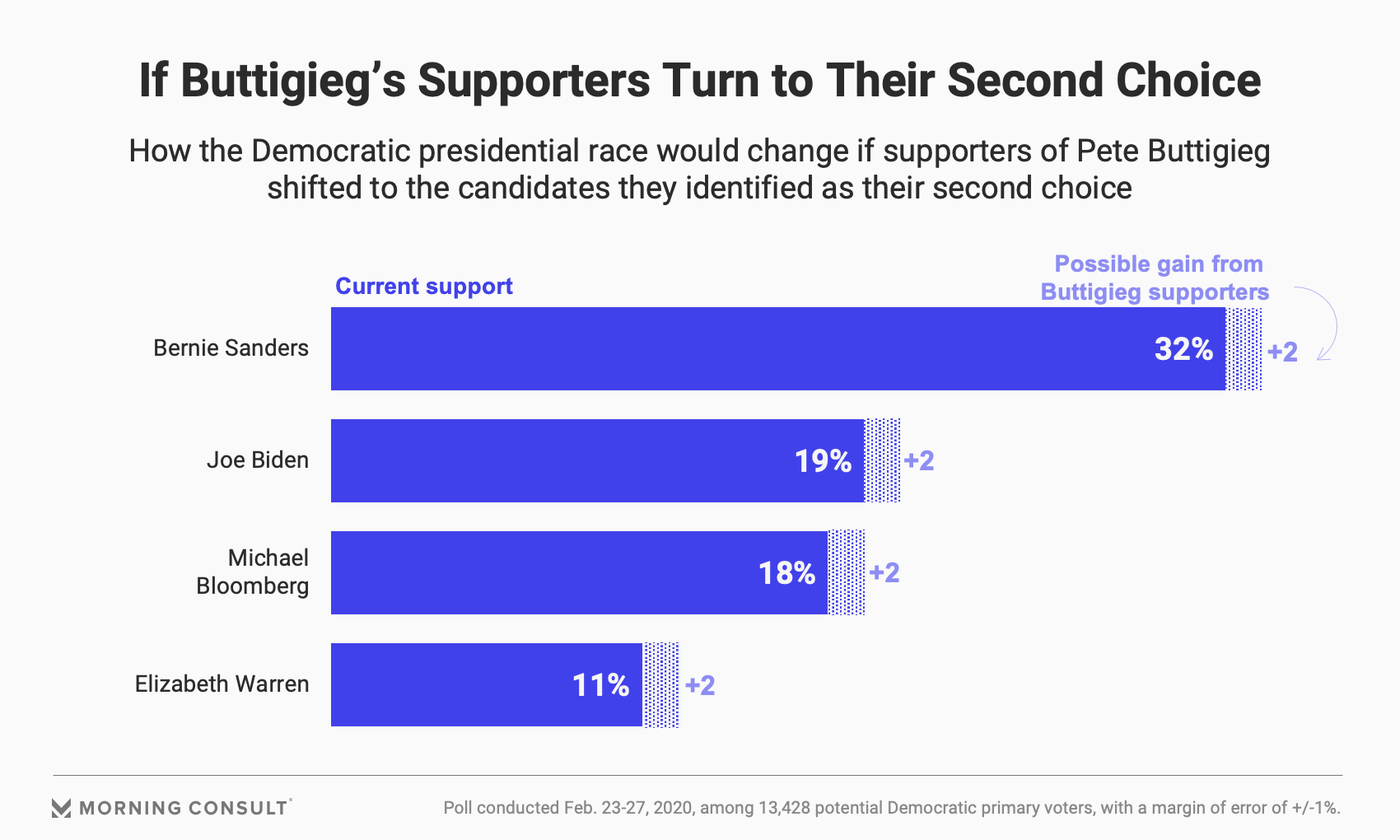 Twenty-one percent of Buttigieg’s first-choice backers said their second choice was Sanders, while 19 percent said Biden and Warren and 17 percent said Bloomberg. Dividing his support, that would amount to a 2-percentage-point boost for all four candidates in the national polling, which has a 1-point margin of error.

Morning Consult polling conducted in January found 63 percent of Buttigieg’s supporters said they would back Biden or Warren if he were to endorse either candidate, while 52 percent said they would follow his lead if he backed Bloomberg.

About half (49 percent) said they would support Sanders or Sen. Amy Klobuchar (D-Minn.), who became a chief critic of Buttigieg during the post-Iowa debates.

Buttigieg roughly doubled his national support in February following his narrowest of victories in the Iowa caucuses, but that was still only good enough for 11 percent in Morning Consult polling, and his solid performances there and in New Hampshire failed to improve his standing with voters of color. The latest polling found 7 percent of Hispanic voters and 3 percent of black voters supported him, putting him behind Sanders, Biden, Bloomberg and Warren among those blocs.

Largely unknown nationally ahead of his presidential campaign, Buttigieg is ending his campaign as a popular figure among Democratic primary voters. Fifty-seven percent said they have favorable views of him, while 22 percent have unfavorable views. Just 8 percent said they’ve never heard of him, making him better known than Rep. Tulsi Gabbard (D-Hawaii) and Sen. Amy Klobuchar (D-Minn.), who are still in the race.