Experts split on timing of rule, whether it goes far enough 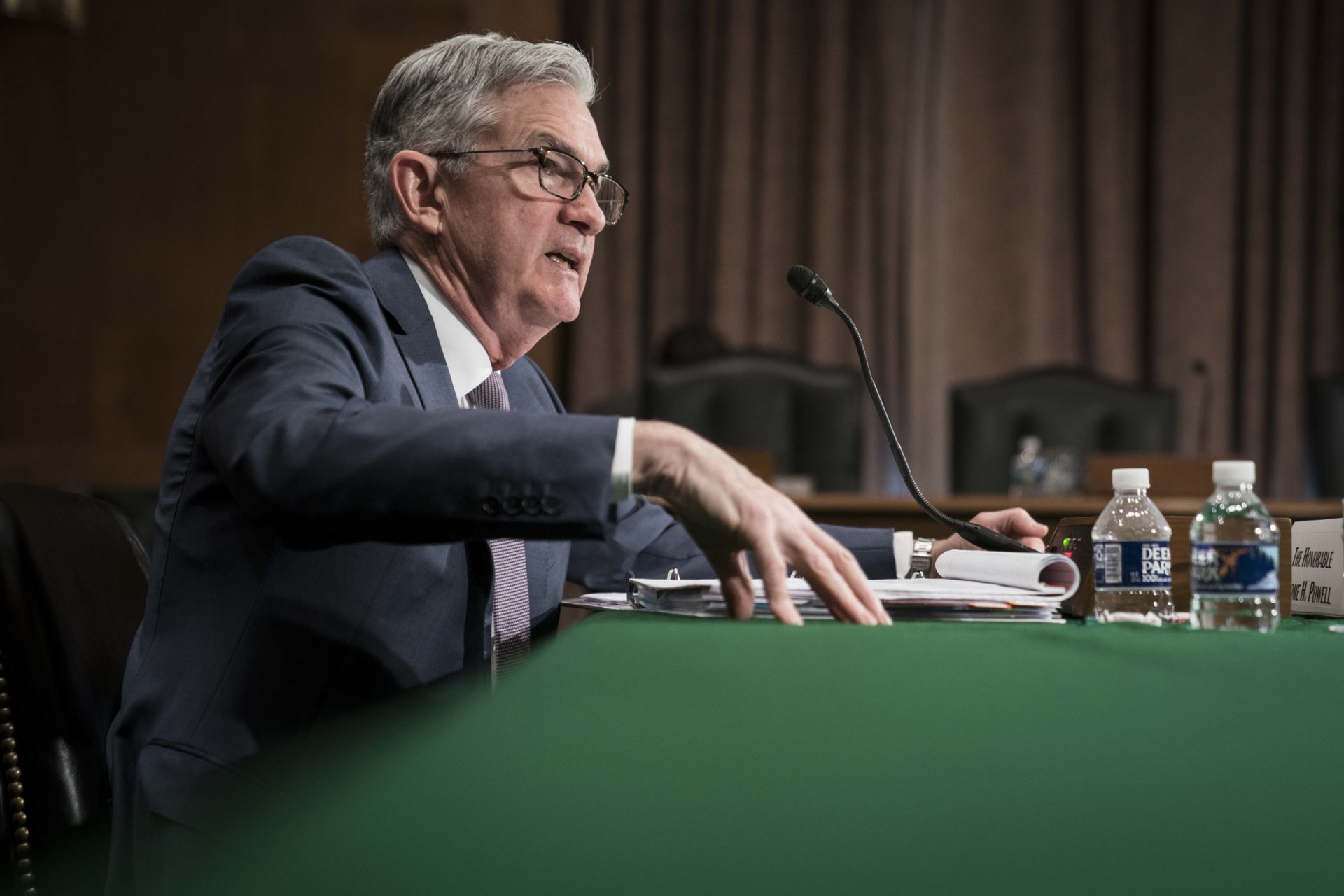 Federal Reserve Board Chairman Jerome Powell testifies during a hearing in front of the Senate Banking, Housing and Urban Affairs Committee in the Dirksen Senate Office Building on Feb. 12, 2020 in Washington, D.C. The Fed on March 4, 2020, released its final capital buffer rule for the 2020 stress tests. (Sarah Silbiger/Getty Images)
By Claire Williams

The Federal Reserve announced simplified Wall Street capital guidelines Wednesday, releasing a rule that outlines a “stress capital buffer” that will be in effect for banks’ 2020 stress tests.

The Fed expects the new rule will raise capital requirements for the country’s largest banks and lower them for smaller lenders. The stress capital buffer “materially simplifies the post-crisis capital framework for banks, while maintaining the strong capital requirements that are the hallmark of the framework,” Federal Reserve Vice Chair for Supervision Randal Quarles said in a statement.

Fed Governor Lael Brainard, meanwhile, dissented with the new rules, saying in a statement that they give “a green light for large banks to reduce their capital buffers materially, at a time when payouts have already exceeded earnings for several years on average.”

“This is the exact opposite time you would want this to happen, as the financial system enters a period of uncertainty amid the outbreak of a novel coronavirus,” Gelzinis said. “There’s a host of evidence that this safeguard is already too weak.”

While the Fed estimates that capital requirements will increase under its new rules, Gelzinis (and Brainard) say that holistically, capital across the banking system is likely to decrease.

“This rule provides more flexibility for banks to come right up to the edge of their capital requirements,” he said. “No longer will they be holding buffers over and above the level that’s explicitly required by the regulation.”

The final rule integrates capital requirements from the stress tests with normal capital standards, simplifying expectations for how much banks will need to hold in reserves and customizing requirements to each lender.

According to Gelzinis, the new rules give “stress testing an even more important role to determining the capital requirements at the largest banks,” and banks will “be able to tailor their balance sheets to reduce their projected losses.”

Related: Coronavirus Fears Begin to Weigh on Consumers in Markets’ Worst Week Since ’08

“It doesn’t look like this makes things significantly easier for banks — maybe simpler is a better word,” Katz said. “It’s going to differ between banks.”

Katz said the rule is consistent with an overarching theme heard from Fed Chair Jerome Powell and Quarles, “which is that they want to keep fairly tight rules and oversight for Global Systemically Important Banks but do believe that rules can be loosened up on non-GSIB banks.”

The Fed is releasing the rule “late in the game” for 2020 stress tests, Katz said. “There’s always a discrepancy between the Fed and the banks in how much time the banks say they need to implement things,” he said. “That’s just standard and usual, that tension always exists.”

Verret said that the proposal didn’t include enough of the measures that Quarles advocated for in 2019, which could further ease rules for banks. Those include the integration of the countercyclical capital buffer and getting rid of a requirement to pre-fund four quarters of dividends.

While the final rule closely resembles an April 2018 proposal, Quarles was able to push through one major item — eliminating a stress leverage buffer that was in the original proposal.

Fed officials said modifications to the newly released rule, which would include Quarles’ suggestions, are in the works.

Verret cited controversial Fed nominee Judy Shelton’s pending nomination, saying that she would be able to help push the Fed Board further toward simplifying requirements. “More generally, the fact that Vice Chairman Quarles doesn’t have more of a say in the outcome is why we need Judy Shelton to counterbalance the influence of Governor Brainard,” he said.

Related: In Another Letter, Elizabeth Warren Again Presses Fed Nominee on Past Statements