Bloomberg’s Exit Is a Likely Boon for Biden 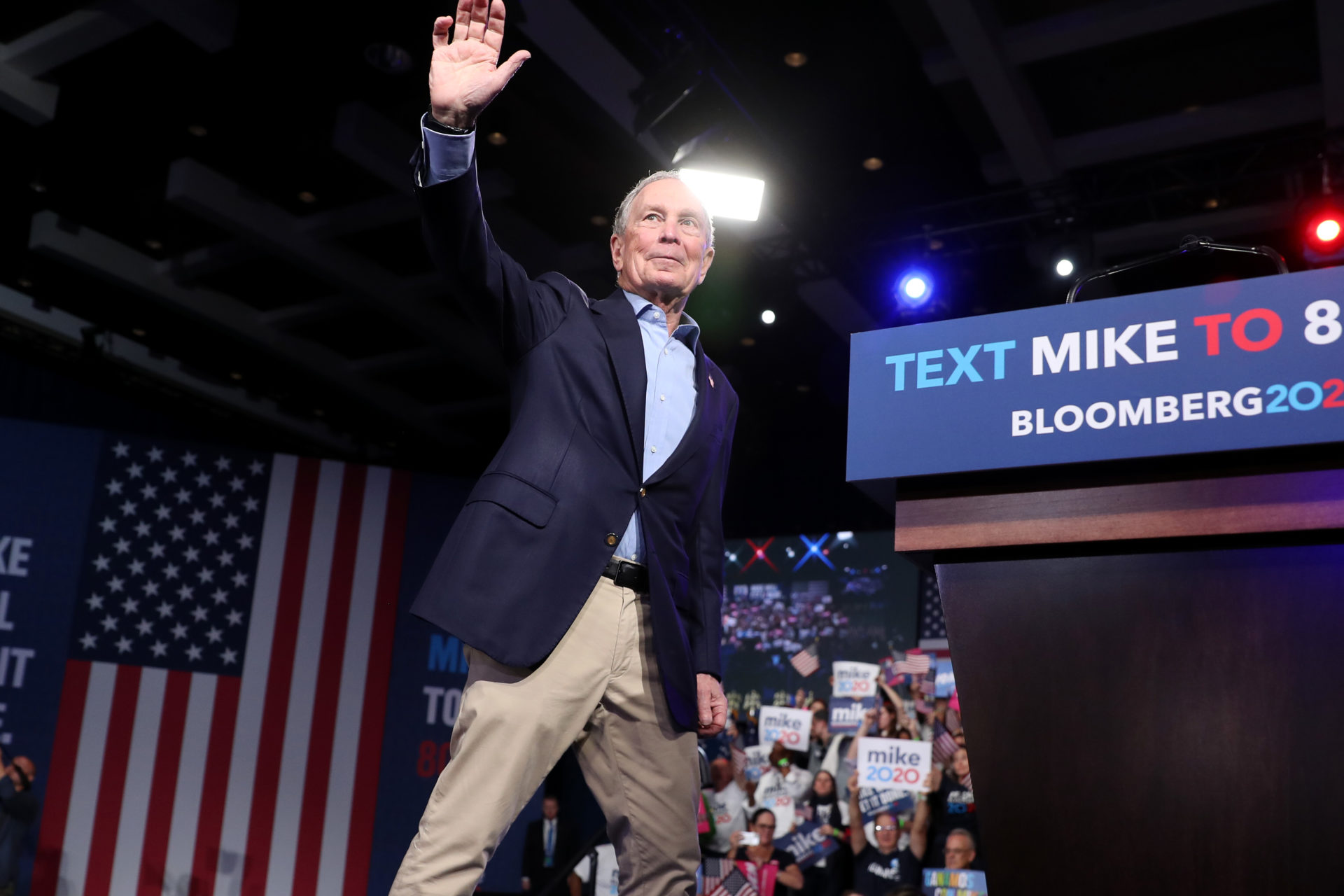 Former New York City Mayor Michael Bloomberg ended his campaign for the Democratic presidential nomination after the moderate wing of the party coalesced around former Vice President Joe Biden, resulting in a poor showing in the Super Tuesday states on which the billionaire banked his candidacy.

“The delegate math has become virtually impossible – and a viable path to the nomination no longer exists,” Bloomberg said in a statement Wednesday morning. “I’ve always believed that defeating Donald Trump starts with uniting behind the candidate with the best shot to do it. After yesterday’s vote, it is clear that candidate is my friend and a great American, Joe Biden.” 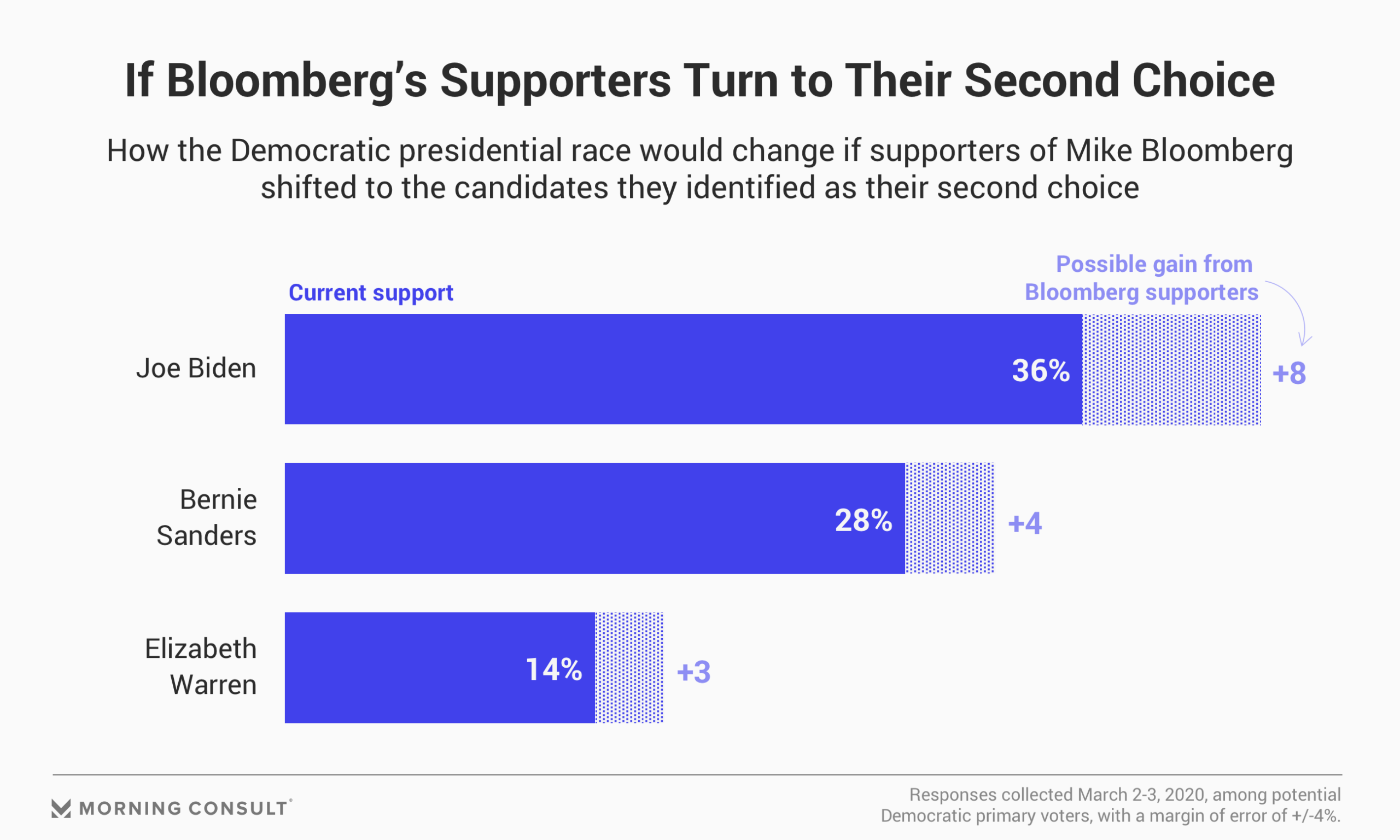 The latest Morning Consult polling, conducted from 3 p.m. Monday through Tuesday, found that roughly half (48 percent) of the Democratic primary voters who said they were backing Bloomberg identified Biden as their second choice, resulting in a potential 8-percentage-point increase in support for the former vice president. Another quarter said they would support Sens. Bernie Sanders (I-Vt.), which would boost his base of support by 4 points, and 15 percent said Sen. Elizabeth Warren (D-Mass.), a potential 3-point boost.

A Morning Consult polling experiment conducted in mid-January found Bloomberg’s endorsement of Biden would be worth an additional 2-point bump. That data was collected at a time that Bloomberg was commanding less support among Democratic primary voters nationwide, suggesting the boost could be bigger today.

Bloomberg, who flirted with a bid in early 2019, entered the race in November with high unfavorables among Democratic primary voters, but managed to catch their interest through a blitz of advertising that aired as Biden struggled to gain traction in the early nominating contests in Iowa, New Hampshire and Nevada, where Bloomberg did not compete.

Despite putting himself in a position to capitalize on Biden’s stumbles, Bloomberg’s chances were doomed by poor performances in debates, where he faced criticism for the New York City Police Department’s treatment of minorities and his own treatment of women in the workplace at Bloomberg LP. It led to a sharp decline in favorability, stalling his momentum in the crucial weeks before Super Tuesday, where he had reportedly invested nearly $200 million on the airwaves since the beginning of the year.

Polling conducted Feb. 26-March 1 found 54 percent of Democrats had favorable views of him while 33 percent had unfavorable views, making him less popular than all the other leading candidates currently in the race.

Bloomberg supporters, along with those backing Sanders, were among the blocs least likely to commit to backing whomever Democrats eventually nominate to take on Trump, reflecting their conservative bent. That could pose a problem if Sanders ends up as the party’s standard-bearer.