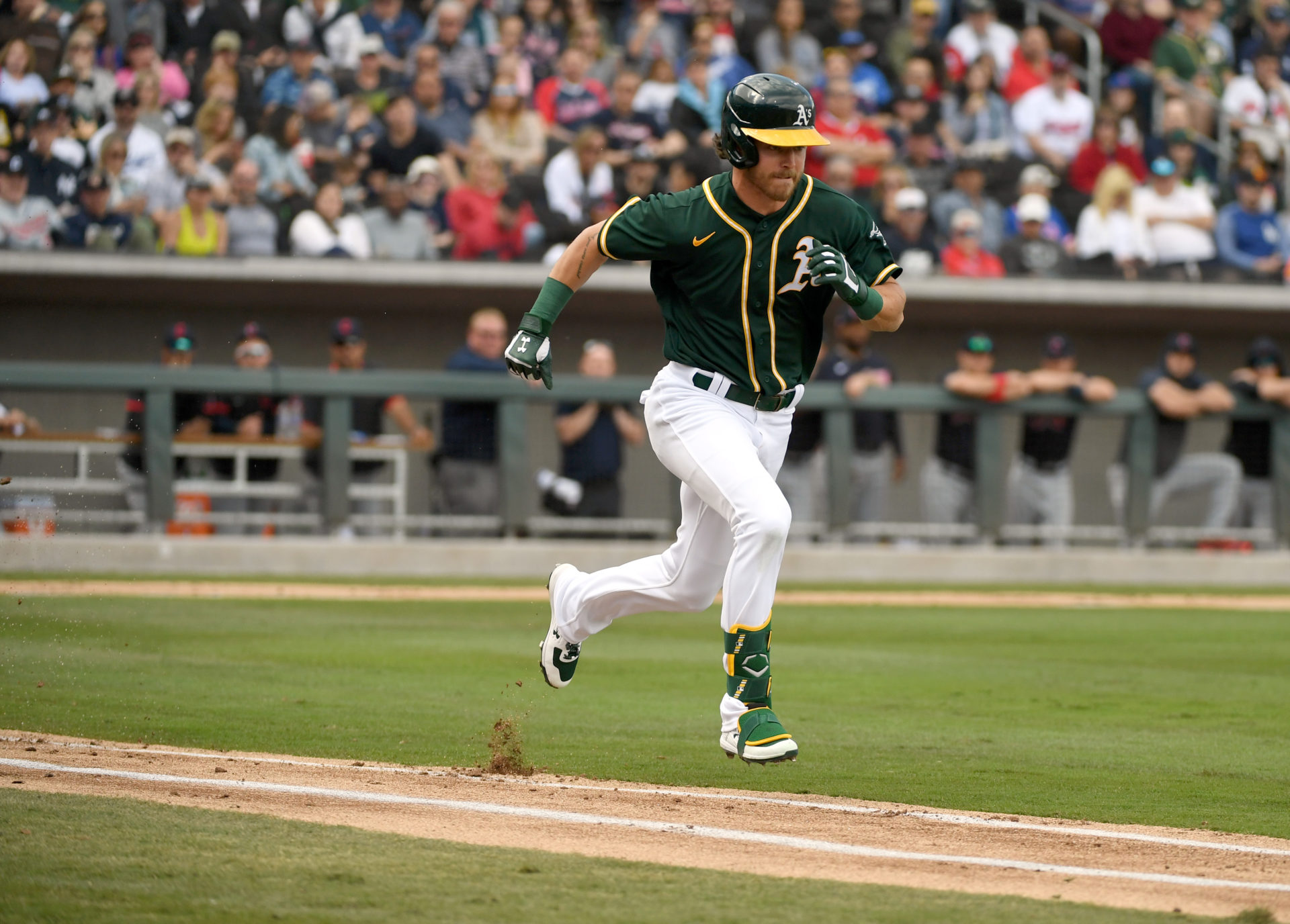 Skye Bolt of the Oakland Athletics runs out a ground ball during an exhibition game against the Cleveland Indians at Las Vegas on Feb. 29. Starting this season, the A's will not carry live broadcasts of their games on AM/FM radio. (Ethan Miller/Getty Images)
By Alex Silverman

The Oakland Athletics surprised longtime fans this offseason by ending local broadcasts of live games on traditional AM/FM radio, becoming the first MLB team to do so. Instead, the team’s games will be available via a streaming station called A’s Cast that lives within the free TuneIn internet radio app. Paid subscribers can also listen on satellite radio.

The A’s, who have framed their streaming-only approach as forward-thinking and are touting the channel’s programming beyond live games, aren’t the only major professional sports team without a terrestrial radio presence. The NHL’s Los Angeles Kings left the AM dial in 2018 and took their live game audio exclusively to the iHeartRadio app. 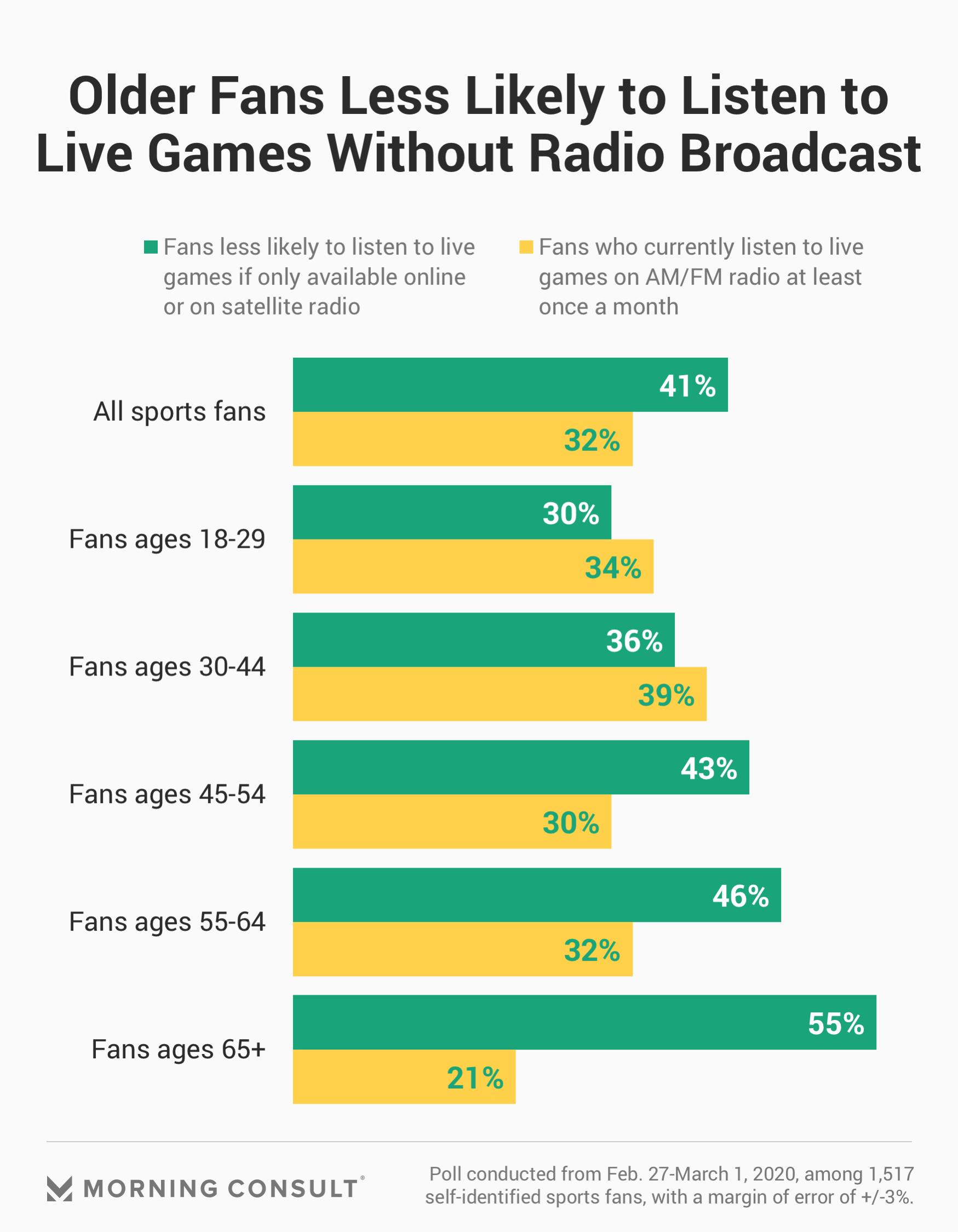 Critics of the A’s move say leaving AM/FM alienates the team’s oldest and most loyal fans, but a new Morning Consult survey shows that the oldest sports fans aren’t actually the ones listening to live sports on the radio most frequently. They are, however, the least likely to convert to streaming.

In addition, 30 percent of fans 65 and up are listening to live sports on AM/FM radio less often than they used to, 10 times as many that are listening more often. Younger fans were much likelier than the older group to say they were listening to more terrestrial radio than in the past. 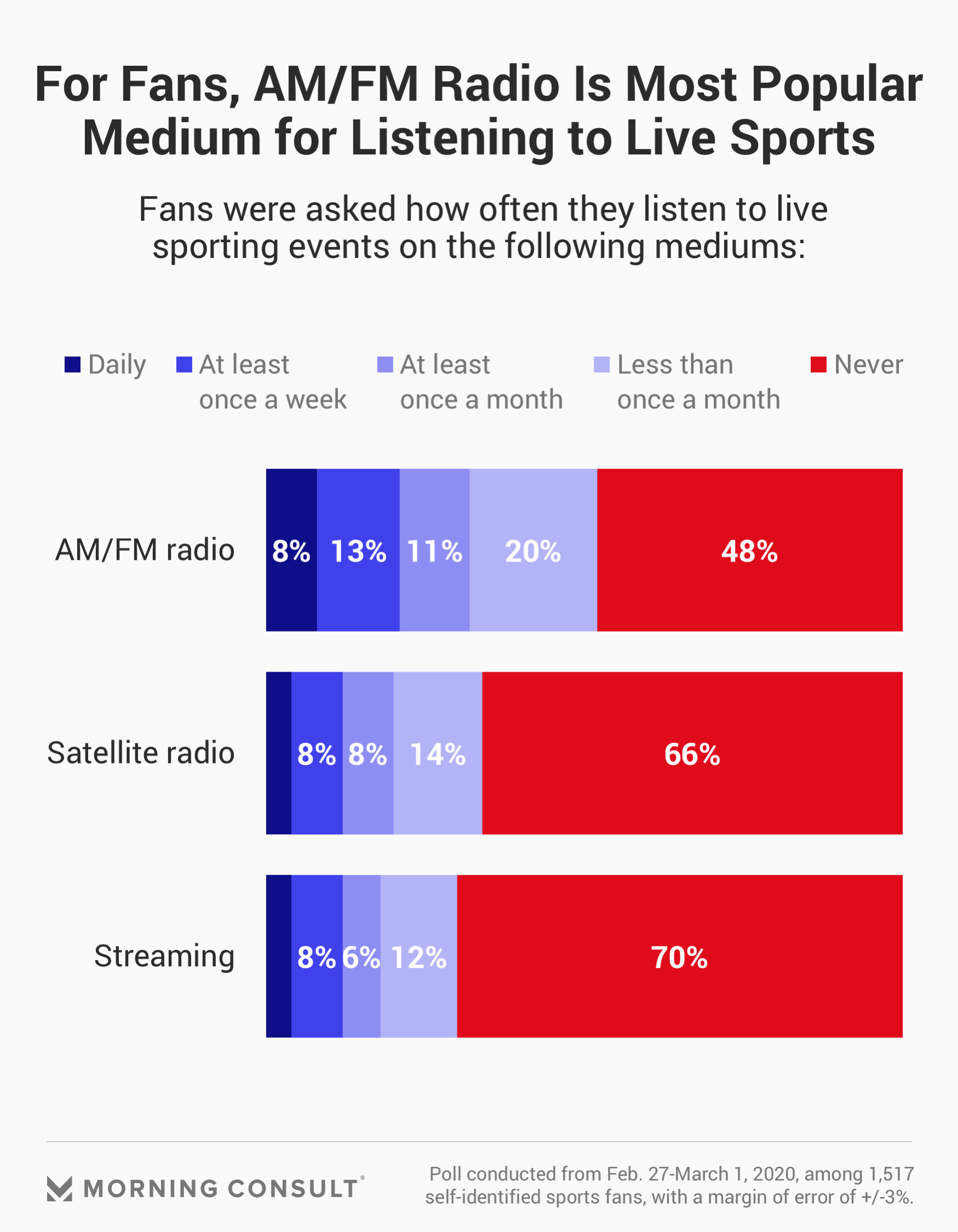 Overall, sports fans are split nearly down the middle on their consumption of live sports broadcasts on the radio, with 52 percent saying they sometimes catch a game.

Even among fans 18-29, live sports listenership on AM/FM radio is higher than on satellite radio or online. 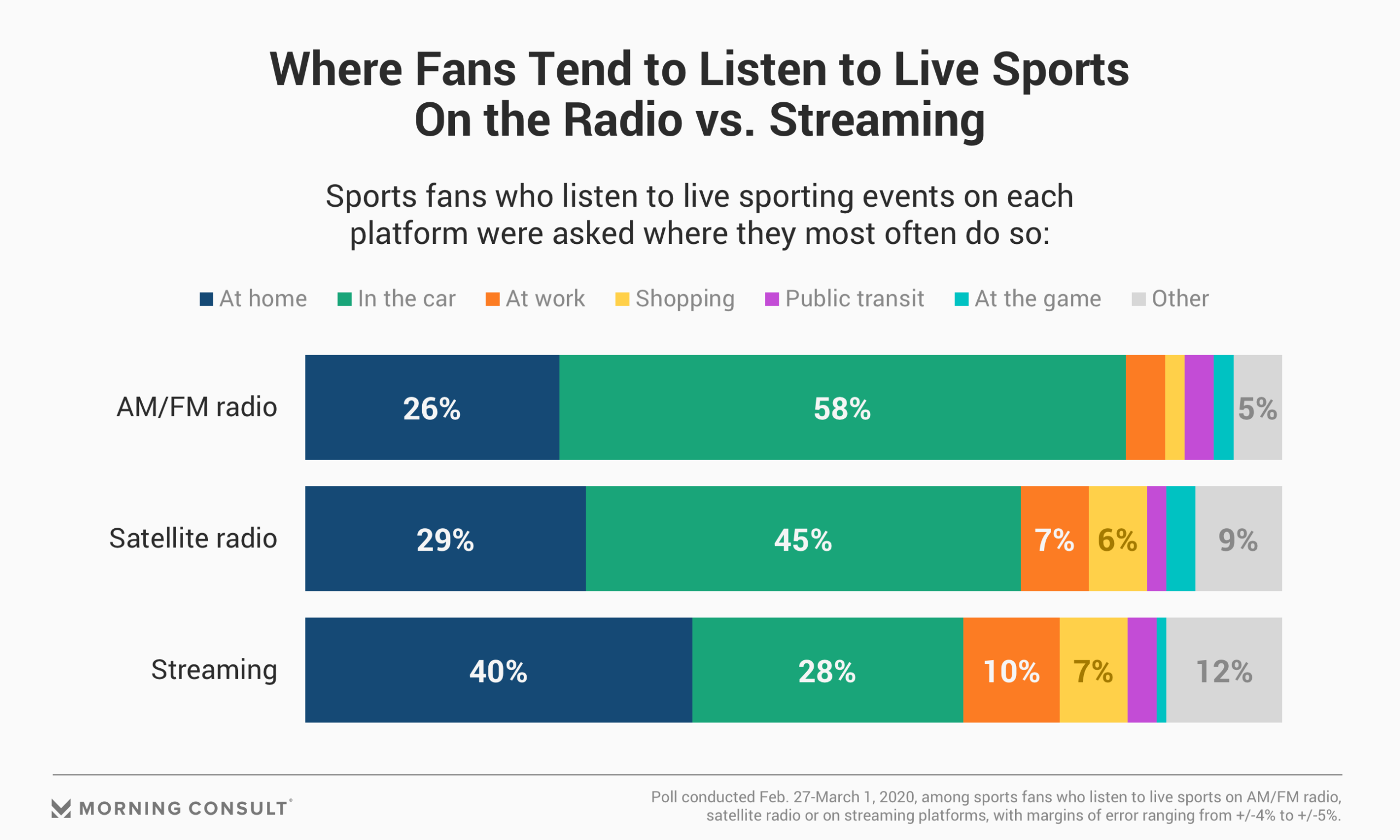