With the Democratic race for president effectively reduced to a two-candidate contest, most primary voters are backing former Vice President Joe Biden, who is riding a towering wave of momentum. 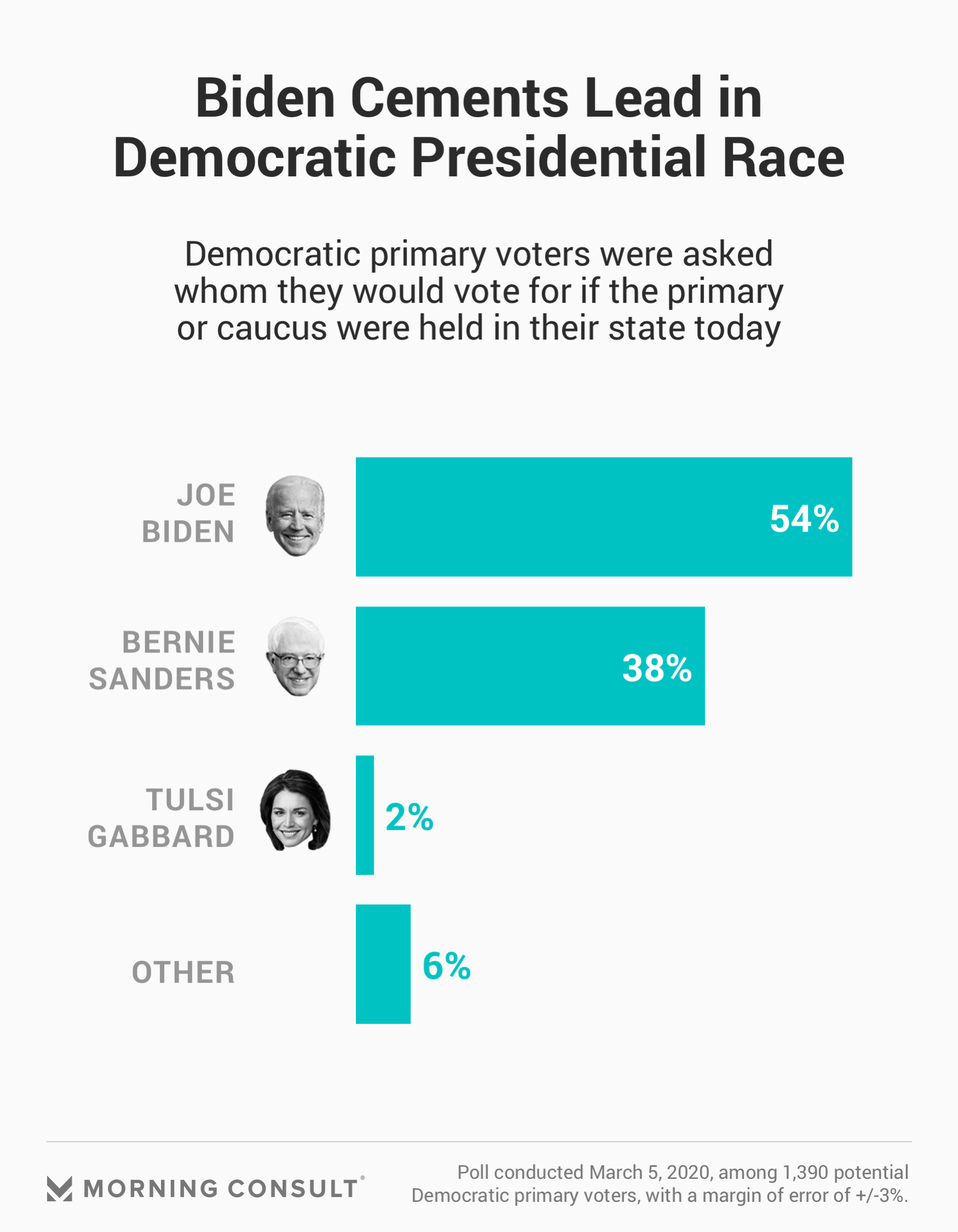 The latest Morning Consult poll tracking the race found 54 percent of Democratic primary voters nationwide identified him as their first choice, putting him in front of Sen. Bernie Sanders (I-Vt.), his chief remaining rival, by 16 percentage points. The survey of 1,390 Democratic primary voters was conducted on Thursday, after Sen. Elizabeth Warren (D-Mass.) ended her campaign. The poll has a 3-point margin of error.

The surge in support for Biden’s candidacy comes on the heels of big wins in South Carolina and most Super Tuesday states.

He was also the chief beneficiary of exits by three other contenders for the nomination — former New York City Mayor Michael Bloomberg, Sen. Amy Klobuchar (D-Minn.) and South Bend Mayor Pete Buttigieg of Indiana — who all endorsed him.

Democratic primary voters are starkly divided by age, with older voters overwhelmingly preferring Biden and younger voters — who have turned out to vote at much lower rates so far — siding with Sanders. Seventy percent of voters ages 45 and up are supporting Biden, compared with 57 percent of voters on the other side of that age divide backing Sanders.

Biden’s early stumbles in Iowa and New Hampshire shook the Democratic electorate’s faith in his ability to beat President Donald Trump in November, but those perceptions have shifted since his Feb. 29 rout in South Carolina.

A separate Morning Consult poll conducted the day after Super Tuesday found the vice president continuing that momentum, with 51 percent of Democratic primary voters saying they view Biden as the most electable Democratic candidate, up 34 points since polling conducted after the Nevada caucuses and New Hampshire primary. 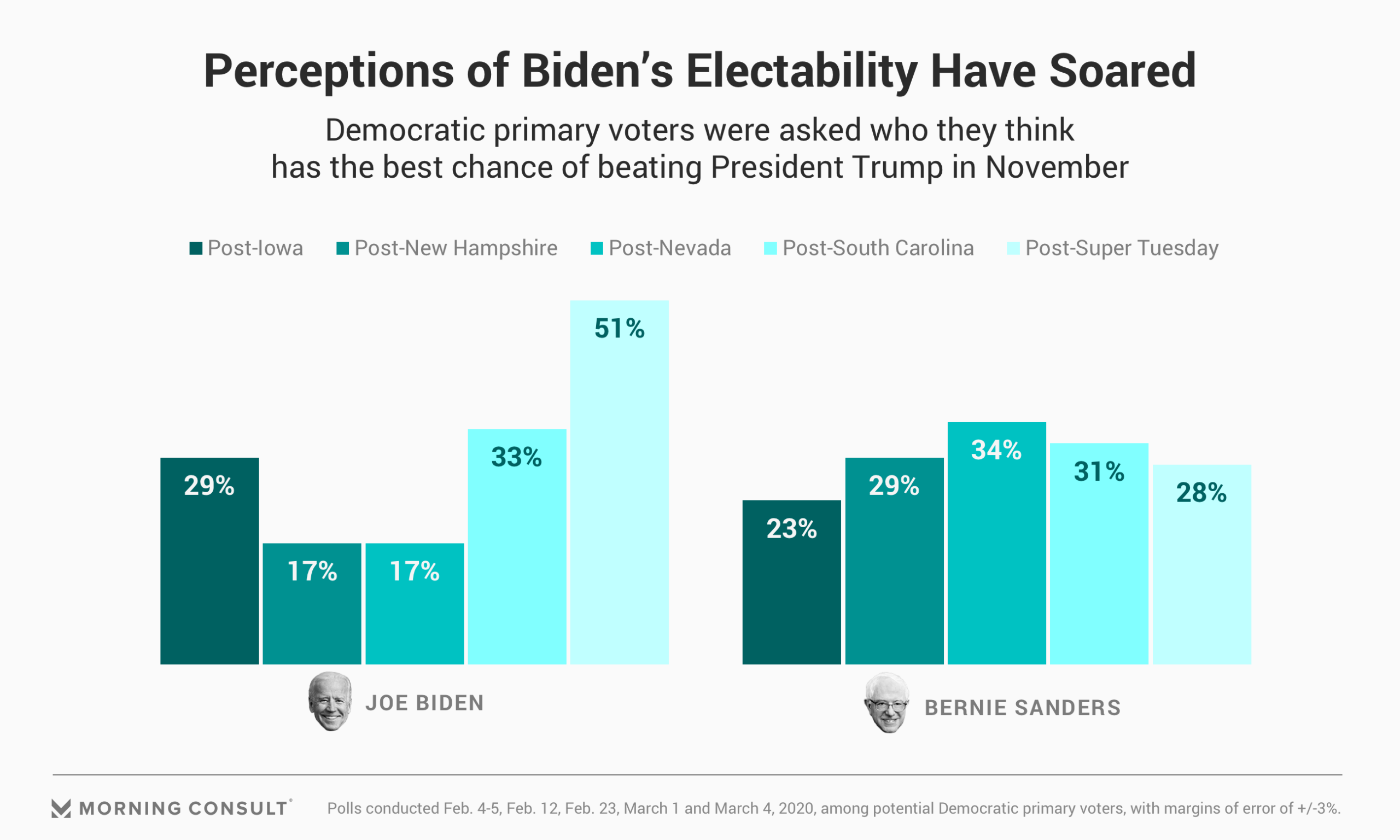 After Biden’s victory on Tuesday, primary voters are more likely than they’ve been after earlier contests to agree that the results are reflective of the Democratic Party (67 percent), and that the best-performing candidate will be the Democratic nominee (60 percent) and can beat Trump in November (62 percent).

The broader pool of voters is also growing more bullish on Democrats’ chances in November, though Trump is still the slight favorite: 44 percent said they think Trump will win re-election, compared with 41 percent who said the Democratic nominee will win — the closest gap recorded in polls conducted immediately after nominating contests this year.