Biden’s Lead Over Trump Swells to a 2020 High

As former Vice President Joe Biden consolidates support in the Democratic race for the White House, he is also looking stronger against President Donald Trump, according to new polling. 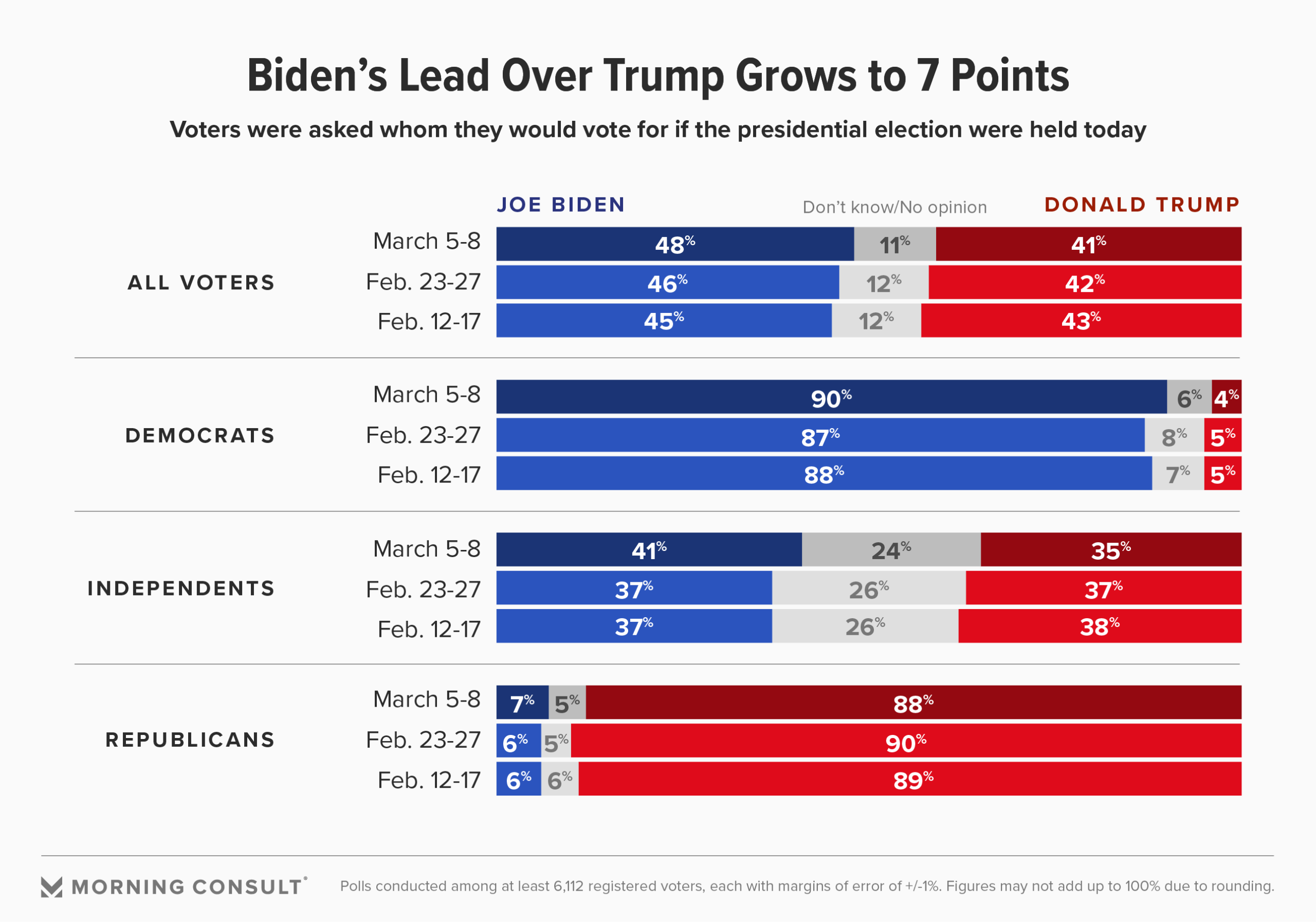 Biden’s edge over Trump in hypothetical general-election matchups has swelled to 7 percentage points, the largest margin measured by Morning Consult in 2020. For the first time in several weeks, the former vice president performs better against the president than Sen. Bernie Sanders (I-Vt.), who led Trump by 6 points, 47 percent to 41 percent.

The growing advantage — up 5 points from his worst showing of the year in mid-February — is mainly down to an uptick in support among independents: Biden leads Trump by 6 points among those voters, compared with a 1-point deficit during the middle of last month.

The latest head-to-head polling was conducted March 5-8 among roughly 10,000 registered voters, and carries a 1-point margin of error.

Democratic primary voters and the broader electorate also trust Biden over Sanders, by double-digit margins, to handle issues such as the economy and immigration, according to a Morning Consult/Politico survey conducted March 6-8. That survey was conducted among 1,992 registered voters and has a 2-point margin of error.

Among all voters, Sanders has an advantage over Biden on the issues of sexual misconduct in the workplace and Medicare and Social Security, but both advantages are within the margin of error. Biden, a former Senate Foreign Relations Committee chairman who helped steer the Obama administration’s affairs abroad during his two terms as vice president and has promised to reset the country’s approach to international engagement, enjoyed the biggest advantages over Sanders on national security and foreign policy. 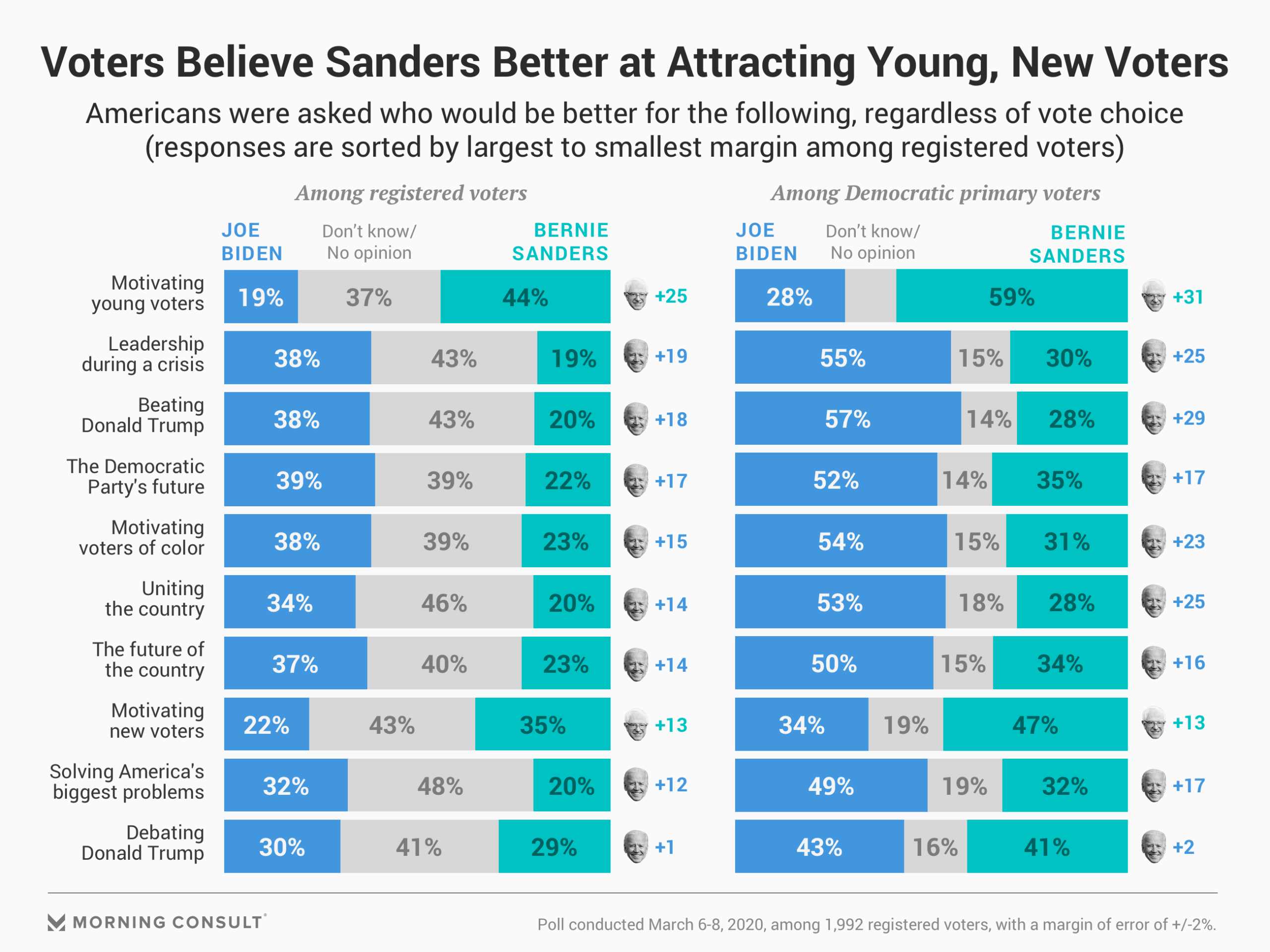 Setting policy aside, voters also tended to think a Biden presidency would add more value to the country and to the Democratic Party, and that he would be a better foil for Trump. Sanders was overwhelmingly seen as a better candidate to help with a major concern for the party: bringing new or young voters to the polling booths. The youngest voters (ages 18-29) made up 19 percent of the voting bloc in the 2016 presidential election, per exit polling, with 55 percent voting for Democratic nominee Hillary Clinton.

But if voter turnout for the 2018 midterm elections is any sign, the Democratic Party could bank on antipathy toward Trump continuing the groundswell of political participation from youths. Voter turnout for the midterms among 18- to 29-year-olds increased 79 percent from 2014, from 20 percent to 36 percent, the largest percentage-point increase for any age group, according to the U.S. Census Bureau.