Daily surveys conducted from before the South Carolina primary through Sunday show just how much the picture for the Democratic presidential race changed over a handful of days from late February into early March.

Former Vice President Joe Biden’s victory in South Carolina on Feb. 29 started a cascade effect — former South Bend Mayor Pete Buttigieg of Indiana ending his campaign, followed by Minnesota Sen. Amy Klobuchar’s dropping out the next day before each of them decided to endorse Biden — that would help him surge into Super Tuesday with the most momentum. 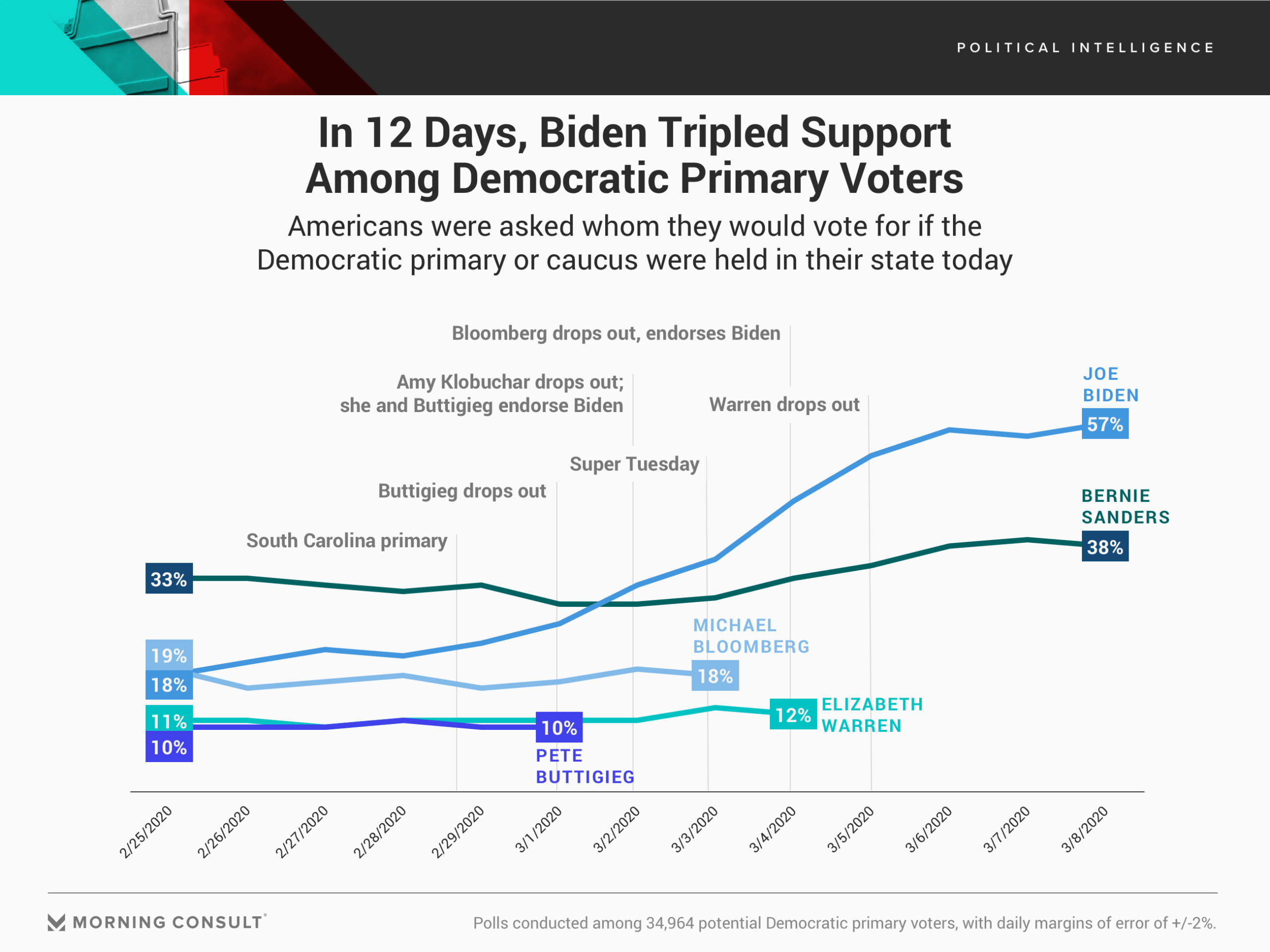 His victories on the biggest day of the primary put him back in the driver’s seat for the nomination. And an endorsement from former New York City Mayor Michael Bloomberg, who ended his campaign the next day, and Sen. Elizabeth Warren later also dropping out, helped propel Biden to support from a healthy majority of Democratic primary voters.