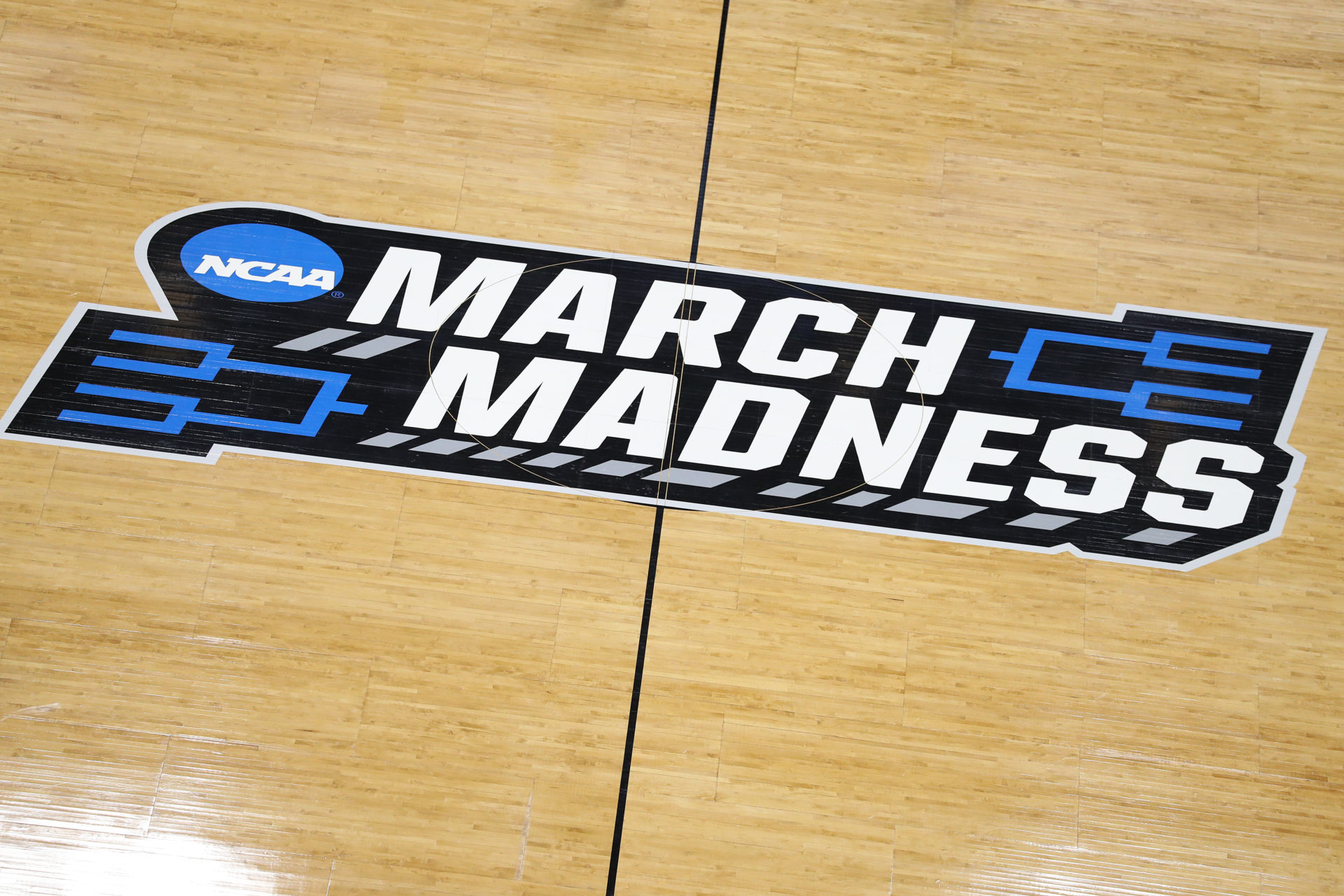 A general view of a "March Madness" logo is seen during practice before the First Round of the NCAA Basketball Tournament at Vivint Smart Home Arena on March 20, 2019, in Salt Lake City, Utah. (Patrick Smith/Getty Images)
By Alex Silverman

March Madness broadcasters CBS and Turner Sports are unlikely to take a viewership hit as a result of the NCAA’s decision to move its men’s basketball tournament behind closed doors due to the coronavirus outbreak, according to new polling.

A March 3-5 Morning Consult survey found that the lion’s share of U.S. adults are about as likely to watch games with fans in the stands as games played in empty arenas. And for avid sports fans and college basketball enthusiasts, the novelty of games without crowds on site could actually increase interest.

NCAA President Mark Emmert said in a statement Wednesday afternoon that all NCAA championship events, including the men’s basketball tournament that generates the lion’s share of its annual revenue, would be played without fans in attendance. The decision came amid a flurry of similar announcements and developments across the U.S. sports landscape. 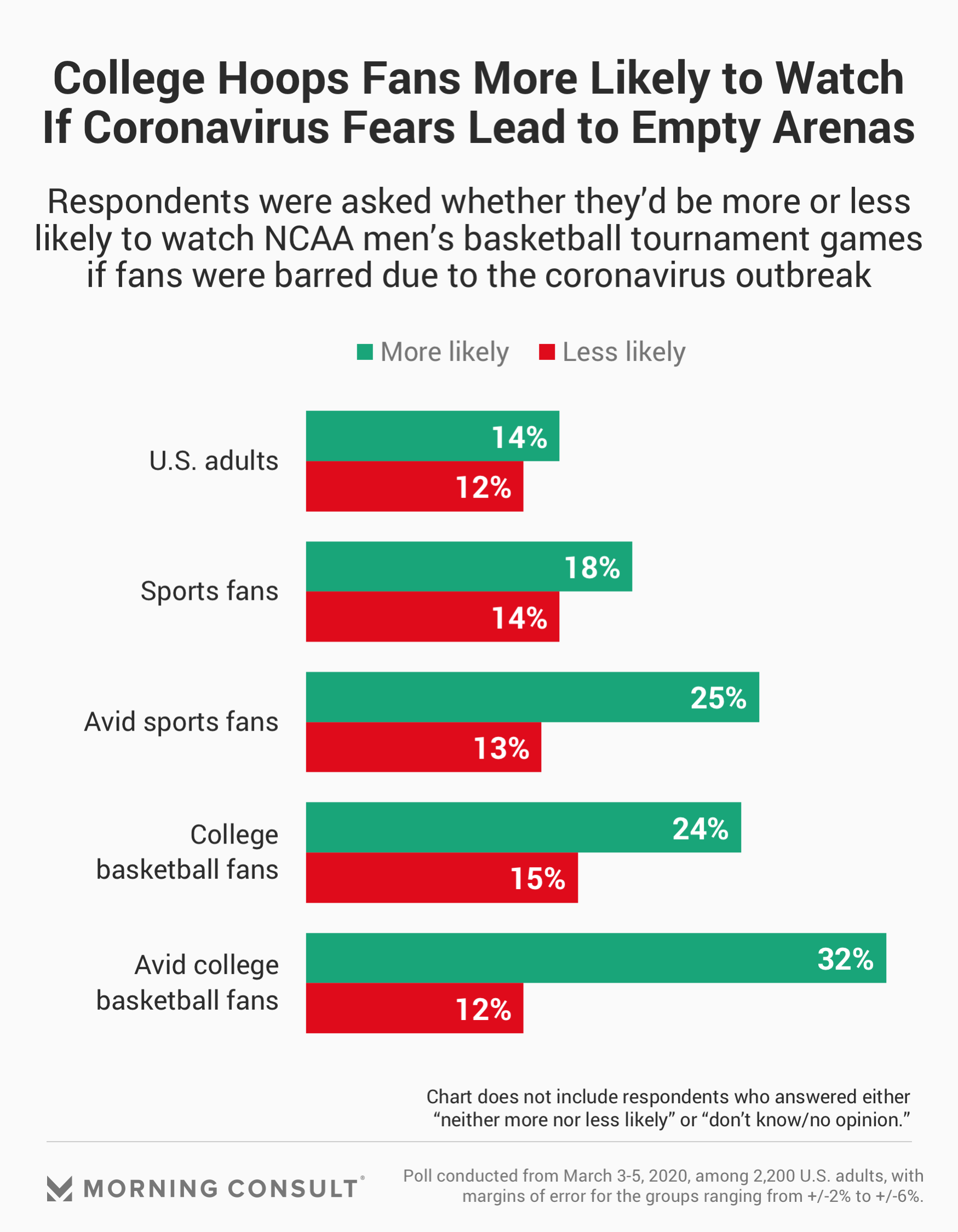 Half of all men’s college basketball fans said the lack of attendance would make them neither more nor less likely to watch.

When the poll was conducted last week, 24 percent of U.S. adults said holding games without fans would be an overreaction to the U.S. coronavirus outbreak, while 19 percent said it would be a reasonable response. Another 25 percent said it would be reasonable only if the outbreak became more widespread — and it certainly has, with the World Health Organization declaring the novel coronavirus a pandemic Wednesday.

From a revenue perspective, barring spectators from games would cost the NCAA a fraction of what it would lose if there were no games for CBS and Turner to broadcast. The television broadcast revenue and licensing rights for March Madness are the NCAA’s primary source of income each year, according to the organization’s 2018-19 financial statement, with this year’s rights expected to deliver about $827 million in revenue. By comparison, ticket sales for all of its championships accounted for $177.9 million in 2019.

Overall, 32 percent of U.S. adults said they plan to watch at least some of this year’s tournament. Last year, tournament viewing windows across CBS and the Turner-owned cable networks averaged 10.5 million viewers, according to Sports Media Watch, up 8 percent from 2018, when the Final Four aired on cable rather than the CBS broadcast network. Average viewership for the 2019 tournament was down 3 percent from 2017, when the Final Four also aired on CBS.

This story has been updated with the announcement that all NCAA championship events, including the men’s basketball tournament, will be played without fans in attendance.