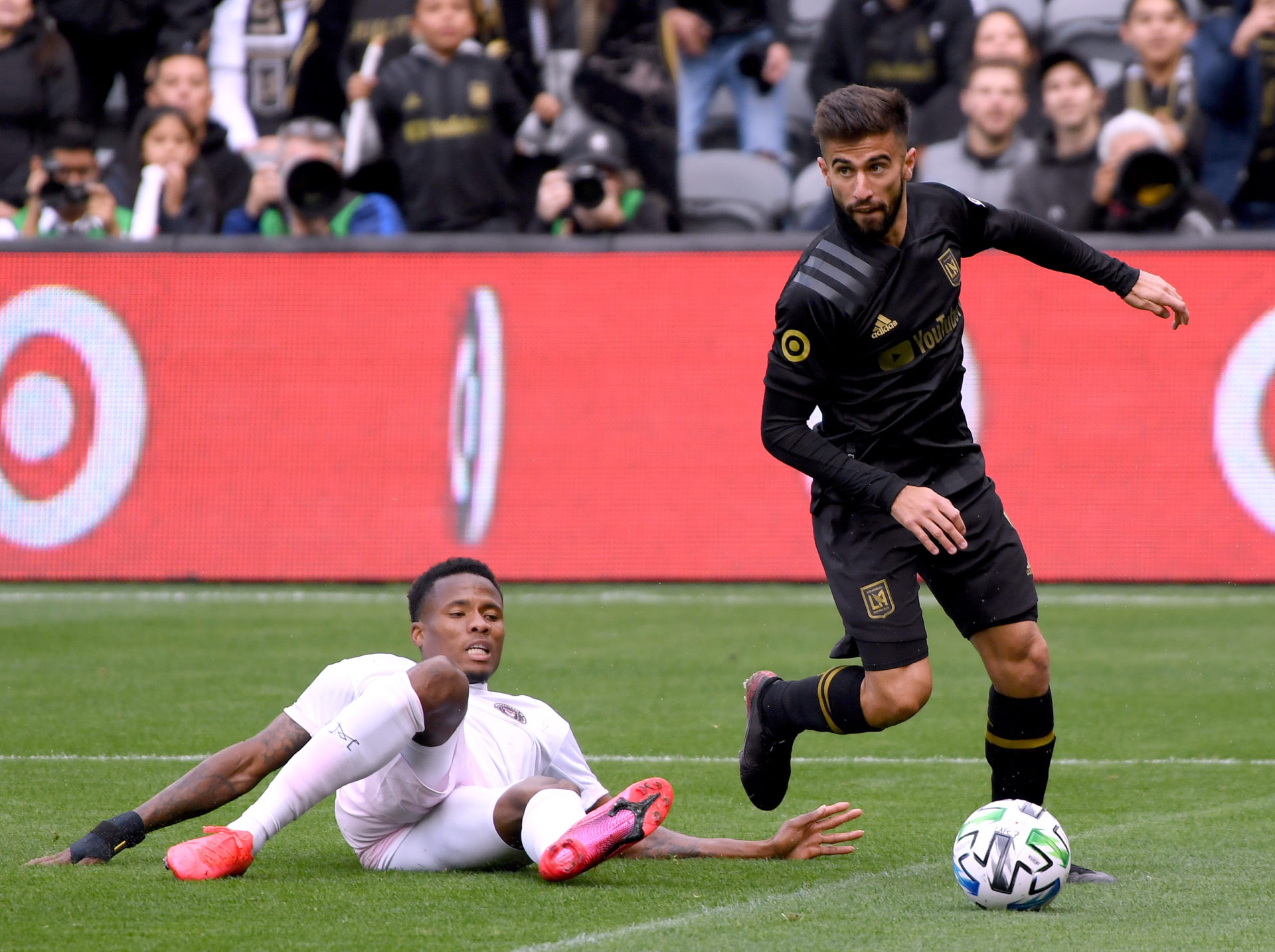 Diego Rossi of Los Angeles FC gets past Alvas Powell of Inter Miami CF during a March 1 MLS match at Banc of California Stadium. LAFC's next match, a CONCACAF Champions League contest against Cruz Azul, has been postponed due to concerns over the coronavirus pandemic, according to a source with direct knowledge of the situation. (Harry How/Getty Images)
By Alex Silverman

CONCACAF confirmed on Thursday the indefinite suspension of the entire Champions League competition, after a person familiar with direct knowledge of the situation earlier said that the quarterfinal match between Los Angeles FC (MLS) and Cruz Azul (Liga MX) scheduled for Thursday night would be postponed.

The LAFC-Cruz Azul match, which was scheduled to be played at Banc of America Stadium in Los Angeles, is the final unplayed fixture in the first leg of the quarterfinal round.

C.D. Olimpia (Honduras) and Montreal Impact (MLS) were scheduled  to conclude their series on March 17 in Tegucigalpa, Honduras, with Olimpia leading 2-1 in the aggregate scoring. New York City FC (MLS) vs. Tigres UANL (Liga MX) was also scheduled for March 17 in San Nicolas de los Garza, Mexico, a match Tigres would have entered with 1-0 aggregate advantage.

Atlanta United (MLS) was scheduled to host Club America (Liga MX) on March 18 after losing the opening match 3-0 in Mexico City. The second LAFC vs. Cruz Azul match was also scheduled for March 18 in Mexico City.

The postponement comes the same day that MLS suspended league play for 30 days in the wake of the NBA’s decision to take the same action indefinitely.

Fox Sports and Univision’s TUDN hold the U.S. broadcast rights for the CONCACAF Champions League in English and Spanish, respectively.

This story was updated with CONCACAF’s decision to suspend all Champions League matches.