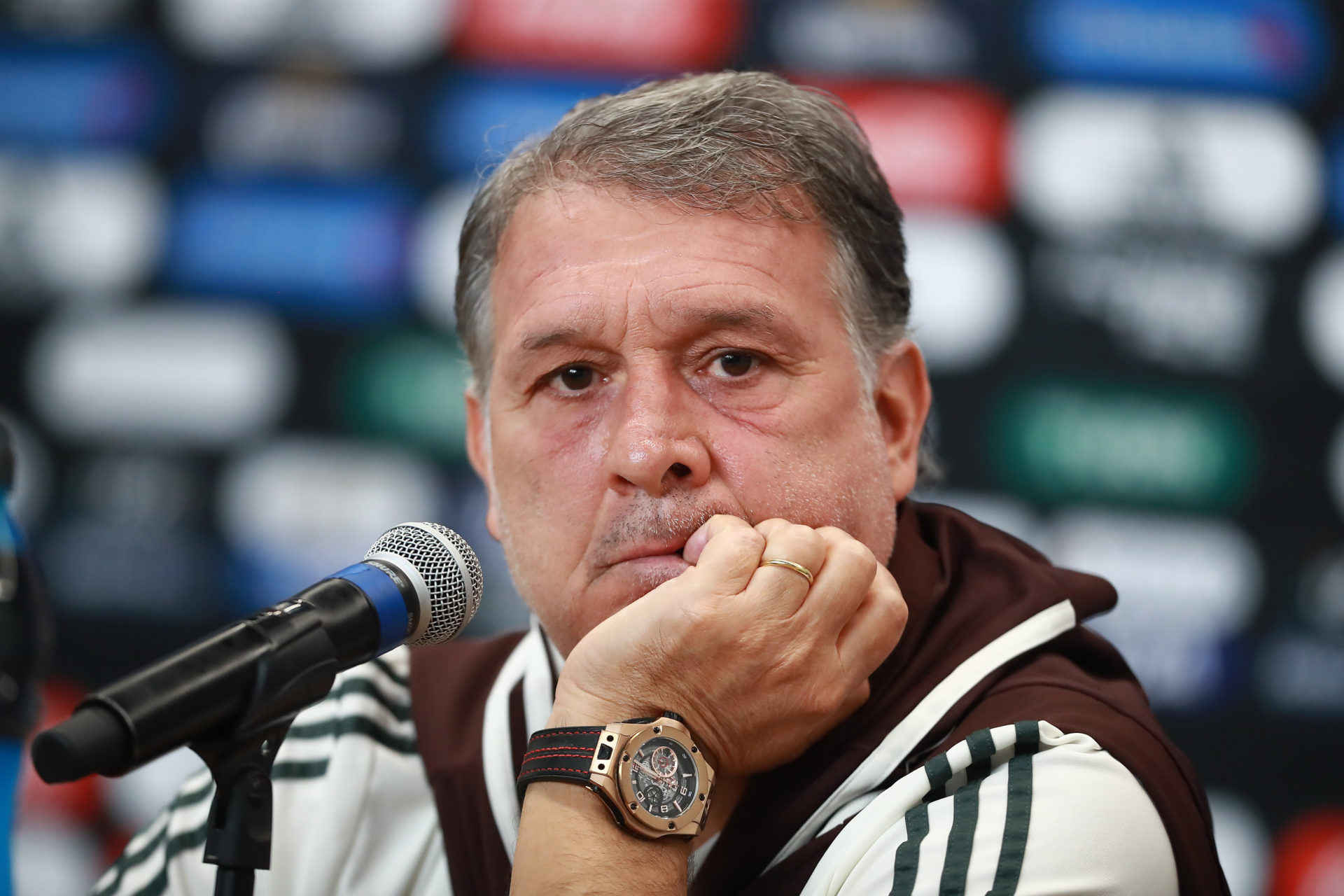 Gerardo "Tata" Martino, the head coach of the Mexican national soccer team, on Oct. 14, 2019, in Mexico City. The Mexican Football Federation said two men’s national team matches against the Czech Republic and Greece scheduled to be played later this month in Dallas and Charlotte, respectively, have been canceled over concerns about the coronavirus.(Hector Vivas/Getty Images)
By Alex Silverman

The Mexican Football Federation said Thursday that two men’s national team matches against the Czech Republic and Greece scheduled to be played later this month in Dallas and Charlotte, N.C., respectively, have been canceled due to the spread of the coronavirus, but two people with direct knowledge of the situation said the national governing body will not suspend any games on home soil, including Liga MX, unless the federal government escalates its guidance on the pandemic.

The friendlies were the first matches scheduled as part of the Mexican national team’s 2020 U.S. tour, and one person indicated the decision to cancel the matches was not made by the Mexican Football Federation. “Outside of Mexico, it’s out of their hands,” the person said.

Far fewer cases of the coronavirus have been reported in Mexico than in the United States thus far. The country has 12 confirmed cases, according to the Center for Systems Science and Engineering at Johns Hopkins University, compared to 1,323 U.S. cases.

Liga MX issued a press release Wednesday on efforts being taken to fight the spread of the coronavirus in stadiums, including the suspension of handshakes between teams, the use of disinfectants on site, frequent hand-washing and the use of masks in the event of flu-like symptoms.

With sports leagues in North America and abroad suspending operations, Liga MX, which has not announced any plans to suspend or cancel matches, could be one of the most prominent sports properties left on U.S. television as many Americans hunker down due to the spread of COVID-19.